Rule 4 in Real Life: The Danger of Hitting Bystanders 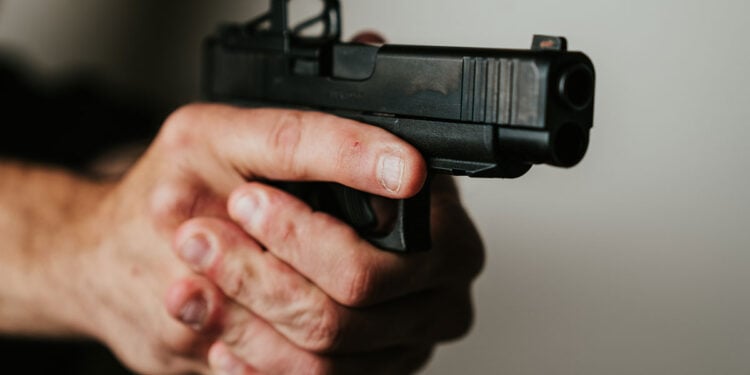 Like so many things in the self-defense community, the issue of hitting bystanders with defensive gunfire is somewhat contested as to how real or pertinent a danger it proves to be. In my assessment, most leading experts in the firearms training field focus heavily on accountability with your shooting. Every round hits something, so being cognizant of what is behind, in front of, or around your target is of paramount importance. However, some “experts” seem to dismiss the issue as perhaps an important consideration but an unlikely eventuality, suggesting that it rarely happens. So, what is the truth regarding the possibility of hitting bystanders? Does it happen? Is it a pressing concern?

First, let’s start off by separating the world of police shootings from civilian self-defense shootings. Believe it or not, police have had a far worse track record in hitting bystanders than armed citizens. Certain departments are quite notorious for it (looking at you, NYPD). Now, in the defense of law enforcement, many police shootings happen in the midst of the worst possible chaos, the likes of which civilian self-defenders rarely find themselves. However, the reality remains, police hitting bystanders with gunfire has been too common an issue in some locations (some police departments have stellar records due to good training). What is the reality for citizen self-defenders?

Yes, they do. It is an issue. In fact, as of this writing, I am aware of several incidents that have transpired in which bystanders were struck by gunfire during citizen defensive gun uses just in the past several weeks. An analysis of such incidents among armed citizens indicates two general categories of negligence: First, we see the issue of shots missing the target and hitting bystanders, and second, we see a general negligence in target discrimination in which poor decisions are made, and the wrong people are shot. While these two categories are, arguably, different issues, they both factor into rule four of gun safety; know your target and what is beyond it (and, as the modern interpretation submits, what is around it as well). Here is an overview of the trends that emerge:

The most obvious, though not necessarily most common, problem that materializes when analyzing this issue is hitting bystanders who are behind or in the vicinity of the hostile entity. The referenced hostile entity might be a bad guy or a bad actor of the furry variety. There are at least several incidents within the past year that I am aware of that involve bystanders being struck by stray rounds when self-defenders shot attacking dogs. In fact, this seems comparatively common, as running dogs are hard targets. As it pertains to shooting criminals, there are many such incidents in which the self-defense shooter misses the target and hits innocent people.

The related yet separate issue that reoccurs is the poor decision-making on the part of many armed citizens when it comes to engaging the perceived threat in the first place. Examples that come to mind are the awful incidents in which armed citizens wound or kill family members when reacting to what appears to be a home invasion. Such disasters are the result of not being sure of one’s target rather than being cognizant of what is beyond it. Other examples of this can be seen in the occurrences of armed citizens shooting into vehicles or through doors that conceal innocent people from their view. Know your target.

How do we address this issue? Unfortunately, we must face the reality that it can and will happen as the majority of the 20+ million carry permit holders in the nation are not serious about training. Again, if police officers have become well known for hitting bystanders, what can be expected of the average permit holder? Carrying a firearm is a significant personal responsibility, and it is one that too few people take seriously. We should all encourage those that we know who carry guns to get professional training.

For those of us that do take our training seriously, what should we consider?

Second, seek out force-on-force and other such training that subjects you to making decisions with a gun in your hand. Many of these tragedies have occurred because the self-defender did not clearly see the totality of the circumstances. Being able to make fast decisions when under tremendous stress is essential, and training that simulates this is exceedingly valuable.

Finally, the armed citizen must hold themselves accountable for each round fired. You should know your accuracy capabilities and work within them. In practice, push yourself to be able to make difficult shots beyond the typical “three yards, three seconds” urban legend that you have heard regarding self-defense shootings. Accuracy is a must when a shooting happens in vicinities that have innocent bystanders.

This is, indeed, a problem to take seriously. If you find yourself in a deadly force situation, you are responsible for each round fired. If you carry, the proper training is in order.

While I welcome the influx of gun owners in the last two years, I do hope they will get some training, in safety, gun handling, marksman ship and legal parameters. I will send a link to this along to several new owners I know.