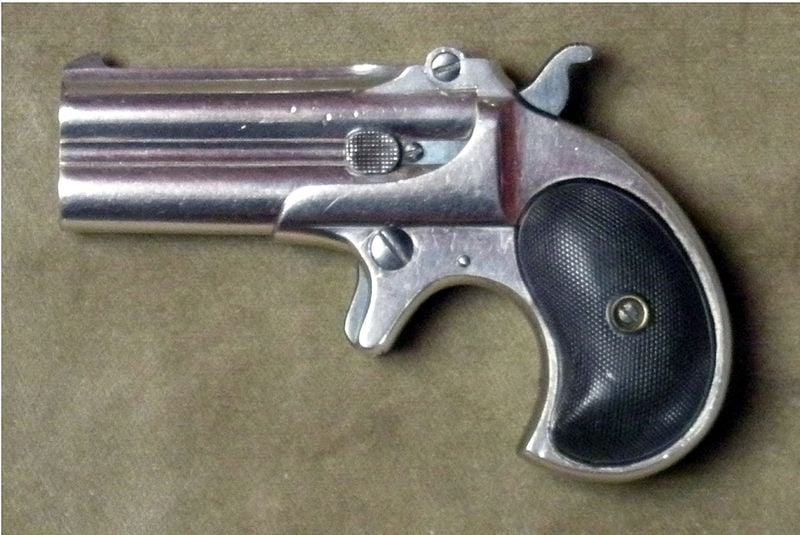 Ask most people who read a lot about guns and defensive shootings, and they’ll tell you that a Derringer is a terrible idea for concealed carry. They say that there are just so many downsides!

On paper, there’s nothing but advantages to the modern compact guns of today and nothing but drawbacks for using a derringer…or so you might think.


As we all know, defensive shootings aren’t exactly uniform; there are an incredible number of variables involved in each one, but there are also some things in common. One of them is a principle called the “rule of threes” which goes something like:

For those unfamiliar, that means in the very remote possibility you’ll have to use your gun in defense of yourself or someone else, it will be at very close range. You also won’t have to expend many rounds in order to do it. Many defensive shootings occur at arm’s length.

The derringer has some advantages in this instance. You can get it into the fight quickly and easily. Since there’s no striker trigger, you never have to worry about the potential for accidental discharge. If built by a reputable maker, they’re also reliable since there are fewer parts than the typical handgun.

Concealment is incredibly easy since they’re smaller than all but the smallest of micro-pistols. You’ve seen “For A Few Dollars More,” right?

So on paper, a derringer actually is a viable carry gun. You will need to make careful selection of carry loads, however. Don’t listen to hype about .410 shotshells; a wadcutter would be a far better choice.

Derringer Good for Concealed Carry Except For An Incredibly Big Catch


That said, there are some catches as to why you wouldn’t want to carry a derringer.

First, only a few producers are left. Those known for the highest quality charge ridiculous amounts relative to the gun that you get. More reasonable prices generally coincide with lesser build quality.

Since you can get a lot of carry gun for not a lot of money these days, an expensive handheld over-under isn’t the easiest to square, at least from that perspective.

Then you have the capacity issue. While two shots will probably do the job when it comes to it, it’s better to have more rounds if needs be.

So you could carry a derringer if you wanted to, and it would be a viable choice of carry gun when viewed in a certain light. However, the conventional fare is just a better idea.

What about you though? Ever carry a two-shot? How about as a backup gun?