Detection: The Necessity of Early Warning Systems in the Home

by Salvatore
in Articles, Home Defense
0 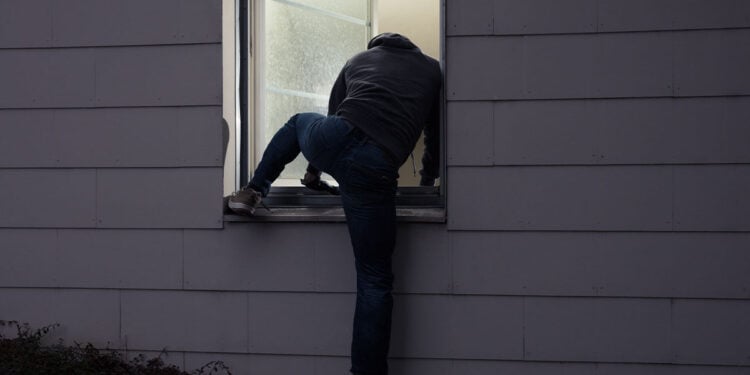 Unless you truly live in a self-imposed denial of reality (many of our fellow Americans do) then you have probably spent at least some time considering the worst-case scenario in home defense. What is the worst-case scenario? We all know: waking up with home invaders standing over you. A frightening thought, but a thought that must be heeded. No matter our skill, no matter what weaponry we have available, if taken by complete surprise such as coming out of deep sleep to a threat standing over the bed, the situation is dire and unlikely to go well for us. Therefore, early warning systems are an integral part of home security.

While situational awareness proves the essential element in picking up on danger while in public, situational awareness is not enough when in the home as the average human sleeps for almost one-third of the day, and during that time we are simply unaware of our surroundings. Relying only on the proverbial “bump in the night” to awaken you from deep sleep is not a sound tactic. While a door being breached or a window being broken may produce enough noise to awaken the homeowner, it very likely will not. There are also much more silent ways for home invaders to gain entry.

A home security system should be scalable so that security is always maintained, day or night, during waking hours or sleeping hours. While the home occupants are asleep it is important to have a layered system of early warning devices in place and turned on. While awake in the home, there are certain security measures that should still be maintained at all times. The topic of deterring a threat from trying to enter your abode in the first place is beyond the discussion of this article, so for all of the following, we presume that a criminal element decides to act on breaching the home despite any deterrence measures in place.

The Doors and Windows

Hardened portals can deter a threat, can provide you with time to act, and can certainly provide early warning in and of themselves. A hardened door that requires a prolonged period of pounding to breakthrough gives early warning whereas the average residential exterior door can literally be broached in a single kick. Doors should be hardened so that they demand considerable effort to break rather than only a single blow. Doors can be reinforced in two different ways: First, the short screws that hold the strike plate onto the door frame should be replaced with long screws that bite all the way into the studs behind the door frame. Second, a door bar should be used, especially at night, that holds the door closed. With any sort of security bar that works well, a door will need to be completely destroyed before it gives way, and this takes far longer than simply kicking it in so that the strike plate breaks out of the flimsy door frame. Doors should always be locked, even during the day, so that an intruder would need to get past this barrier before gaining entry to the home.

Windows should be kept closed and locked at all times. Sure, there may be times when you want to open the windows and let fresh air in, but do so during broad daylight when you are home, alert, and armed. At night windows should be closed and locked. Windows can be secured so that the lock can’t be defeated and the window simply lifted up. You want to force any intruder who tries to gain access through a window to break the glass. This forces the threat to crawl through the broken glass, which is often enough of a deterrent to make the threat attack the door, or simply give up on his effort to gain entry. A smashed window will also make a lot more noise than one that is silently lifted. Windows can be locked closed with the use of purpose-built window clamps, or a dowl of wood, cut to length and placed into the window frame above the window so that it cannot be lifted in the track.

Exterior cameras can be an effective way to monitor what is happening outside of the doors, or around the perimeter, of the home. A camera system that can be monitored from your phone, for example, can provide a significant advantage. A home defender can get a look at who, and how many, potential invaders are outside the door. This is, indeed, an advantage that can be leveraged to great effect. Camera footage is not necessarily a detection measure, however, unless it is configured to issue a warning when motion is detected.

Exterior motion-activated lighting is also a very good detection tool as it alerts the home defender to any approach to the home. This has significant deterrence value as well, but at night, when the inside of the home is dark, an illuminated exterior provides a big advantage and the activation of the light itself may be a visible cue that danger is on the perimeter.

The final, and perhaps most important, element of detection is the utilization of interior alarm systems. This is the single most reliable warning device if configured well. Sensors can be set on doors and windows, thus activating an internal audible alarm if any portal is breached. Other technology, such as glass break detection, can also be useful, though I have found in the past that glass break technology can be tripped by thunder or falling objects and cause false alarms.

A very effective interior alarm solution is motion detection. Motion sensors can be set up so that they look at the portals into the house, and should an intruder make it through a portal they will not be able to bypass the motion detectors without setting off the alarm. Even an intruder who is sophisticated enough to cut window glass so as not to make noise will be intercepted by motion detection.

The downfall of motion, however, is that it is hard to utilize for those who have pets or children who may be moving in the home in the early morning or at night after the home defender is in bed. Strategic placement of the sensors, however, can alleviate some issues. Sensors can be placed where they view only the door, or even part of the door or windows, yet not the room. They can be set high so as to see a door open, or a person move, yet not pick up the movement of pets. Such technology is reliable and quite affordable, and a motion sensor setup can be the cheapest and easiest way to set up a do-it-yourself alarm system in the home.

Obviously, dogs can be an effective alarm system, but I hesitate to recommend relying only on a dog for warning as even the best-trained animals can fall into a deep sleep or simply get distracted. An alert dog is a tremendous asset, but I urge the modern home defender to implement technology solutions to rely on as the first line of early warning.

Early detection of home invaders is of paramount importance, and without it, all other means of protection matter little. Spend some time to put together a system that works best for your own home life.