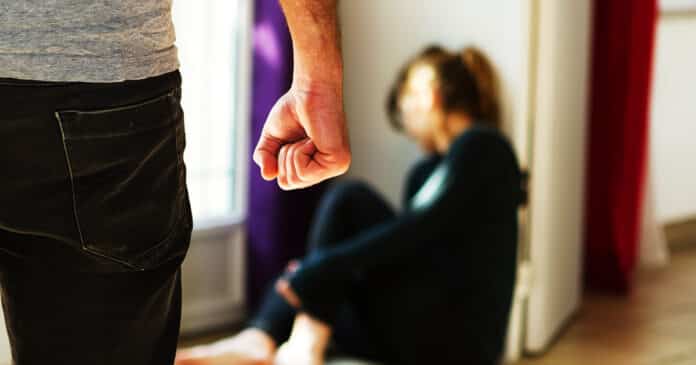 Those who are fortunate enough to grow up in a relatively stable family life may find it difficult to believe, but an enormous percentage of interpersonal violence transpires between relatives. This sad reality impacts the lives of millions of people annually. Typically, when we discuss staging guns for home defense, or when we talk about home carry, we consider the role of the gun in defending ourselves and our families from outsiders and potential home invaders. Consider, however, how the dynamics would change if the threat of violence were to derive from someone you know well, are related to, or even a member of your household. How should you approach the staging of, or carry of, a firearm if dealing with such a situation?

Facing a threat from within your own walls is a terribly distressing situation. Many people face numerous scenarios on a daily basis. An abusive spouse. A physically violent child. Mentally disturbed household members. A potentially violent elderly parent. The list goes on. Some of these challenges are more easily managed than others.

The first thing to consider before delving specifically into firearms safety is how can the situation be best dealt with? A truly violent spouse poses a physical threat to yourself or your children, needs to be removed from the home, or you need to leave the home. Such an issue is an extensive legal and emotional upheaval of family life. Similarly, if dealing with a teenage child that is prone to violence or abuse, it is, sadly, time for that child to be removed from the home. Such challenges are, unfortunately, rather common.

The determination of how potentially violent a family member is needs to be weighed carefully, but when it comes to firearms in the home, and certainly one that is carried on you, it is imperative to be overly cautious than not cautious enough. Any confrontation that becomes physically violent can potentially escalate into a shooting if a firearm is accessible. Suppose you have someone within the home that may actually lay hands on you in a violent way. You need to seriously consider how your carried firearm plays into this possible scenario. If you carry a gun, any physical confrontation runs the possibility of being a gunfight because there is a firearm immediately present. While I am an advocate of home carry, the issue of domestic violence needs to be seriously considered if you are dealing with such strife in your home life.

The easiest way to deal with violent members of the family that do not live in your home but perhaps visit often or spend a good deal of time in your abode is to simply not allow them in your house. Obviously, there is a wide range of violent behavior, so dealing with any particular situation is a judgment call for the individual. A relatively peaceful relative but perhaps gets aggressive when drinking could possibly be dealt with simply through an agreement that there will be no alcohol consumption in your home when that person visits. However, a family member who is downright violent and prone to using aggressive physical force on others for seemingly no good reason is simply a safety hazard.

For a concealed carrier, dealing with such relatives of the extended family should be considered. Remember that, should a physical confrontation happen, it can become a fight over a gun since you are the one wearing the gun in the first place. I remind the reader that for many, the notion of dealing with such a family member is completely foreign, but for many others, it remains the reality. A person that is violent enough to pose a safety hazard in your home is best dealt with by simply not being welcome there in the first place, despite the reality that they might be a relative.

Dealing with Immediate Family Members that are Violent

It is a sad reality, but dealing with people within the household itself who pose the threat of violence is all too common for many families. The most common issue in this regard is a violent spouse or partner. When partners become physically violent with one another, a separation is typically the logical next step. Women are often left in a vulnerable position where they are in danger of an abusive male partner. If there is a separation where that ex-spouse is no longer in the home, then a carried handgun might become an important part of defending oneself and one’s children against violence perpetrated by this person. When the situation sees both partners still in the home together, a carried gun can quickly become a liability. What might start as only a simple assault could become a shooting. Do not think that this danger exists only for women; many violent females get physically abusive with their male partners. The introduction of a readily accessed firearm can lead to a disaster.

Violent children pose an exceedingly sad and tragic situation for some parents. If a child is of adult age or close to it, that individual may no longer belong under the same roof if they truly pose a threat of harm to other family members. Making such a decision with one’s own child is much easier said than done. Bear in mind, though, that a violent child or a violent spouse who inhabits the home is a significant security hazard and that individual’s access to firearms can escalate that hazard quickly. If dealing with such a situation, one must consider their own carry routine. One should certainly ensure that the guns in the home are locked up and inaccessible to the violent individual. This concern may also warrant eliminating the availability of knives and other dangerous objects as well.

Guns should be secured in any home, let alone a home where violence from a family member is possible. Carrying a gun in the home while around a troubled individual is a judgment call that should be taken seriously as the gun on the body is going to be available to the hostile entity in the event of a fight. A holster with good retention may be in order. However, not home carrying might be the best temporary solution as well. Concerning guns kept in the home, they must be locked up and secured. A robust and strongly built gun safe is in order here rather than just a small lockbox or other flimsily built units that can be pried open. Be sure that the troubled individual does not have the combination to the safe and keep all firearms and other dangerous items locked away. If a situation is bad enough, the decision might need to be made to remove the weapons from the home completely. Of course, such a situation might be better dealt with by having the threatening relative removed from the home.

Domestic violence is a complicated issue that proves somewhat unique for each household that must deal with it. Whatever your circumstances may be, if you have firearms in the home, those weapons must be made inaccessible to the violent actor. While facing this issue can be heartbreaking, be sure to act prudently to protect the rest of your family.