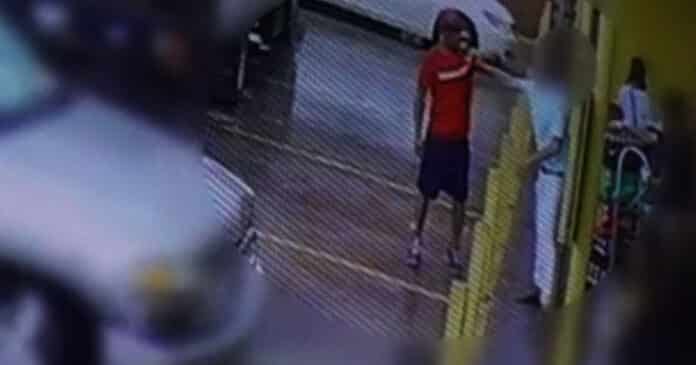 45-year-old felon Ray Hollins is wanted for allegedly shooting a man who tried to break up an altercation he had with a woman that turned physical at a Louisiana gas station.

Hollins initially engaged in an argument with the woman on his way into the gas station, escalating to physical violence. The good samaritan got out of his car to the woman’s aide, according to police.

Hollins then told the good samaritan, “I got something for you,” walking back to his van to retrieve a handgun. The wanted man shot the good samaritan twice, one shot striking his leg and the other his torso. After Hollins fled the scene, the good samaritan attempted to drive himself to the hospital but stopped halfway to call an ambulance.

Kenner Police believe the victim did not know either the woman or Hollins. The latter having an extensive criminal history now wanted for attempted second-degree murder and illegal possession of a firearm by a felon.

It is a tough thing for any moral person to watch someone innocent get physically abused, let alone a woman. The topic of the matter here is deciding to insert yourself into a situation like this.

As concealed carriers, we know the dangers, but the fact is that we are armed and ready to counteract a deadly force. For someone unarmed like this good samaritan, there can be and have been consequences for him inserting himself into this situation. Still, it is a praisable action this man took to save the woman, but again, there are repercussions when you have no way to defend against a deadly force properly.

The only hope now is that Hollins is found soon enough, and both innocent and good samaritans are not forced to deal with him again.