Double-Action Pistols: Still Relevant in the Age of Striker-Fired Handguns? 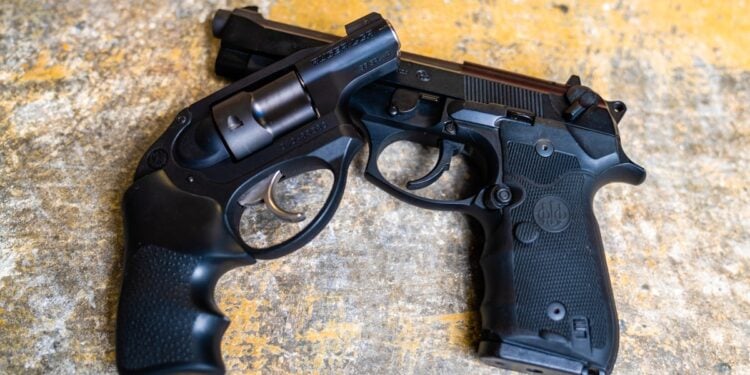 So, in the age of the plastic fantastic, namely the Glock pistol and it’s many excellent clones, is there still a role for double-single action pistols? Or even fully double-action pistols or that antiquated wheel gun so many retro guys still cling to? Why would anyone want one of those when it is so much easier to shoot a striker-fired gun?

Well, is the double-single action auto, or double-action only pistol still relevant? Absolutely. They are not only still relevant, but they still offer distinct advantages over the modern striker-fired design. Before proceeding and getting accused of simply being a salesman for double action designs, let me say that my primary carry gun is a striker-fired pistol, and that is my preference. Therefore, I am hardly biased towards double-action, but as an experienced shooter and concealed carrier, I have a lot of experience with these designs and the advantages they provide.

The Trigger Action Itself is a Double-Edged Sword

The biggest criticism launched against double-single action autos such as the famed Baretta 92, is that there are two different trigger pulls to deal with. The first trigger pull on such a gun requires a long and heavy, revolver-like trigger press. After you fire the initial shot, the gun then requires a short and light press. Therefore, critics of the system decry the need to learn not one, but two distinct trigger presses. Mastery of the trigger is a major component of good shooting. So the argument is that having two different trigger strokes to deal with over-complicates things.

There is an undeniable safety advantage for the double-single action auto loader, and certainly any double-action only design. The long and heavy trigger pull makes for a gun that is less likely to be negligently fired. Many will argue that safe and proper gun handling should prevent any such accident. And while that is true, the added safety is a good thing for certain carry modes or concealment requirements. Full-size double-single action guns, such as the Baretta 92, have seen a resurgence in popularity among many who carry in the appendix position. Since a negligent discharge when re-holstering in this position is potentially more dangerous to the shooter, the added safety measure of the long double-action is an appealing option in this regard. The move to appendix carry among many shooters is, in itself, a major contributor to the comeback of these pistol designs.

The HS407CO is an open reflex optical sight designed for pistol applications.
Get This Deal

Another issue regarding safety that is often overlooked involves carrying a concealed handgun that you may need to remove from your person when in a vehicle, or anywhere else outside of the home. I have long been a fan of holsters that use low-profile clips or soft loops that allow me to easily remove the entire gun/holster combo when taking the gun off or putting it on. For a striker fired gun, this is my preference. In fact, in my daily life, the striker-fired auto that I typically carry never leaves the holster, whether it is in my waistband or a quick-access safe in the home. The entire package goes to the belt or comes off of it. This significantly reduces the administrative gun handling in which a negligent discharge becomes more likely.

However, when dealing with deep concealment guns, having an entire gun/holster package may not be possible. What if you carry a deep concealment gun in a soft belly band, and you need to remove it to lock in a vehicle occasionally? I submit that a double-action gun proves a much safer option regarding administrative gun handling of an un-holstered gun. No matter how careful we are, when administratively handling a loose gun in confined spaces, such as a vehicle or elsewhere, there is a heightened chance of negligence, and the double-action goes a long way towards mitigating this.

So, in closing, the striker-fired mechanism has a lot going for it, but don’t discount the double-single action auto, or the double-action only options in small autos and revolvers. We live in a golden age of firearms, and there are many benefits to each mechanism.