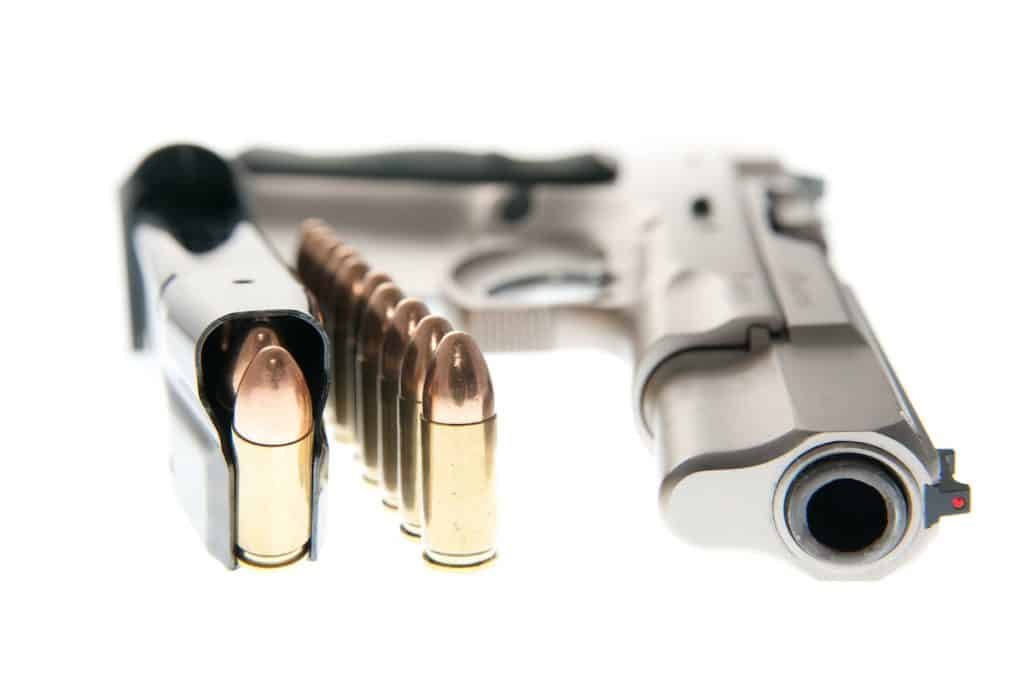 No matter how excellent modern hollow point ammunition is, how wide the available selection of quality choices has become, how much readily available information about them is available online, or how easy it is to find them at low prices online and shipped directly to your door, I still encounter people who carry ball ammo. Carrying ball ammo is not just confined to beginners, either. I’ve seen people who should know better doing this, too. Usually, they are some kind of ball ammo apologist, claiming some niche or situational benefit for which ball ammo is appropriate. They are wrong.

Some people may just not know the difference. Many people new to guns just think ammo is ammo, and that any bullet will work. To an extent, that is true. Any bullet is better than no bullet. But quality hollow point ammunition offers so many benefits in terms of effectiveness and safety, at only a marginally higher cost, that there is no justification for carrying ball ammo. To these people that just don’t know, it is easy to convince them. Those with the wisdom of Socratic ignorance, who know what they don’t know, will happily take the advice of the better informed. The problems come up with the people who think they know better, or worse, who should know better, who perpetuate the bad ideas.

Two recent examples spring to mind – one from a relative novice and another from an active duty law enforcement officer. The novice, an acquaintance of mine, is the sort of guy who has had guns around for most of his life, but who has never done any formal training or serious research. His dad left all of his guns to him, and his “knowledge” on the subject is full of the myths and misconceptions of the various oral traditions in the firearms community. Anyone who has worked any amount of time in retail firearms sales has heard these kinds of things. As such, it is not his fault that he is misinformed, but it is the duty of those who know better to explain the somewhat obvious faults in the reasoning. The novice loaded his magazine with hollow points, but loaded a few rounds of ball at the top, so that his first few shots would be ball and the rest hollow points. His justification for this was “in case I have to shoot through a door or something.”

The second example is similar. I was out of town visiting family and went to the range with a group of people I had never shot with before. One of them was an active duty law enforcement officer. He had several different carry guns with him that he used for off-duty carry and as backup guns. He generally kept them loaded with Hornady Critical Defense. So far so good, no problems here. I watched him shoot, and he shot very well, every bit as straight as I did. I saw nothing to suggest problems with his training. That is until I saw his carry magazine for his Glock 43. He had it loaded with alternating ball and Hornady Critical Defense. He explained to me with a “knowing” look that this was intentional, “in case I have to shoot through a windshield,” he said.

What these two examples share is the common misconception that you need to use ball ammo to deal with any kind of barrier penetration. I’ve heard people go so far as to justify ball ammo for winter carry, claiming that hollow points will be less effective due to thick clothing. Like any pervasive myth, there is a seed of truth that originally causes these weeds of bad logic to sprout up.

It is true that barriers and even thick clothing can cause problems for hollow points. But the problems are that they can cause the hollow point to fail to expand, which means that they just end up acting like ball ammo. How, then, does ball ammo offer any advantage? Hollow points at their worst behave like ball ammo, failing to expand. Ball ammo at its best is still just ball ammo. The remedy for possible expansion failure is not guaranteed expansion failure.

The ammunition industry is also aware of the challenges that hollow point bullets face when penetrating barriers. Many premium hollow points these days are explicitly designed to perform well even after penetrating clothing or some kind of barrier like wallboard or auto glass. Before the introduction of Speer Gold Dot bullets in 1995 and the modern, bonded hollow point pistol bullets that have followed since, penetrating a barrier would often cause core-jacket separation in a bullet, which is definitely not desirable. However, this is a problem that has been solved for over 20 years. Quality, modern hollow point designs are specifically made to handle barriers and to expand even after being clogged with thick clothing. You can view any number of online tests and videos showing which rounds perform the best, like Speer Gold Dots, Federal HST, Hornady Critical Defense/Duty, and many others. There are still some less-effective hollow point designs on the market, but the trend toward improvement is undeniable

There are also some serious liability concerns for carrying ball ammunition, barrier or not, civilian or LEO. Ball ammo is much more likely to over-penetrate, maintaining significant energy to do collateral damage beyond the intended target. Further, any sober-minded reflection on the supposed benefits of barrier penetration will reveal that there are very few circumstances where it would even arise. Generally, shooting at someone through a barrier is going to be irresponsible or even unlawful. Consider my friends “shoot through a door” scenario – while the law in our state of Louisiana may justify this in certain circumstances that does not make it a good idea. “Always be sure of your target and what is beyond it” is a rule of gun safety for a reason. Firing through a door or a wall is not often an effective way to stop a threat, as you can’t even be sure of your target’s identity or even if you’re anywhere near hitting him. Also, you’re more likely to cause collateral damage this way. Who knows what else is beyond that door?

For the LEO in my second example, we can again see the fault in his logic. Even if we assume that the barrier penetration through auto glass is absolutely necessary, and also if we assume that there is some special benefit that ball ammo has in that situation, it is still a bad idea. He is carrying the alternating ball/hollowpoint ammo just in case of having to shoot through glass, but he is significantly more likely to have to use that gun with no such barrier present (especially considering this is his backup gun, not his duty gun). So he is trading a potential small benefit in a less likely situation for a significant detriment in all other situations. If he has to use his gun on anyone without glass (or another barrier) between them, which is by far the most probable scenario, half of his shots will be less effective and more likely to overpenetrate.

The only time ball ammo really has an advantage over a hollow point is if the hollow point fails to penetrate the minimum of 12 inches in ballistics gel that is considered necessary for effective defense. Ball ammo that penetrates over 12 inches is better than an expanding bullet that can’t penetrate enough to hit the vitals. For most guns, this can be easily solved by just getting a hollow point load better suited to your gun, one that both penetrates adequately and expands reliably. It is really only a concern for low-powered cartridges (generally anything less than the best quality .380 ACP loads). For something like a .32 ACP, an expanding bullet will almost always cause the weak cartridge to have inadequate penetration. In that situation, where no expanding bullet choice is likely to provide adequate penetration, ball ammo is probably more effective at stopping a threat. However, if your chosen cartridge requires ball ammo just to penetrate well enough, you should seriously consider carrying a more powerful gun. The inability to both penetrate 12 inches in gel while still expanding is the reason cartridges like the .380 ACP are usually considered the weakest adequate ammo for self-defense. Even with .380, you have to be very choosy about finding a load that performs well. Many lack the velocity to expand and some that do expand fail to penetrate adequately. One reason .380 has had such a surge in popularity is specifically that modern bullet technology has finally allowed adequately performing hollow point ammo.

In short, ball ammo has no place in a defensive handgun aside from target shooting at the range. You should always carry quality, proven hollow point bullets. The worst problem a quality hollow point can have is that it fails to expand, in which case it is just like having used ball ammo in the first place. Ball ammo for barrier penetration is an outdated, misunderstood myth from a bygone era. Modern hollow point designs specifically address these problems, and you are very unlikely to find yourself in a situation where you would need to shoot through a barrier anyway. Don’t put yourself at a significant disadvantage in all situations for a perceived minor benefit in a relatively rare one.

(Author’s note: this article is written only concerning defensive handguns for concealed carry against human threats. Non-expanding ammo may often be the best choice for handgun hunting or defense against animals, where maximum penetration through thick hide, muscle, and bone is required.)