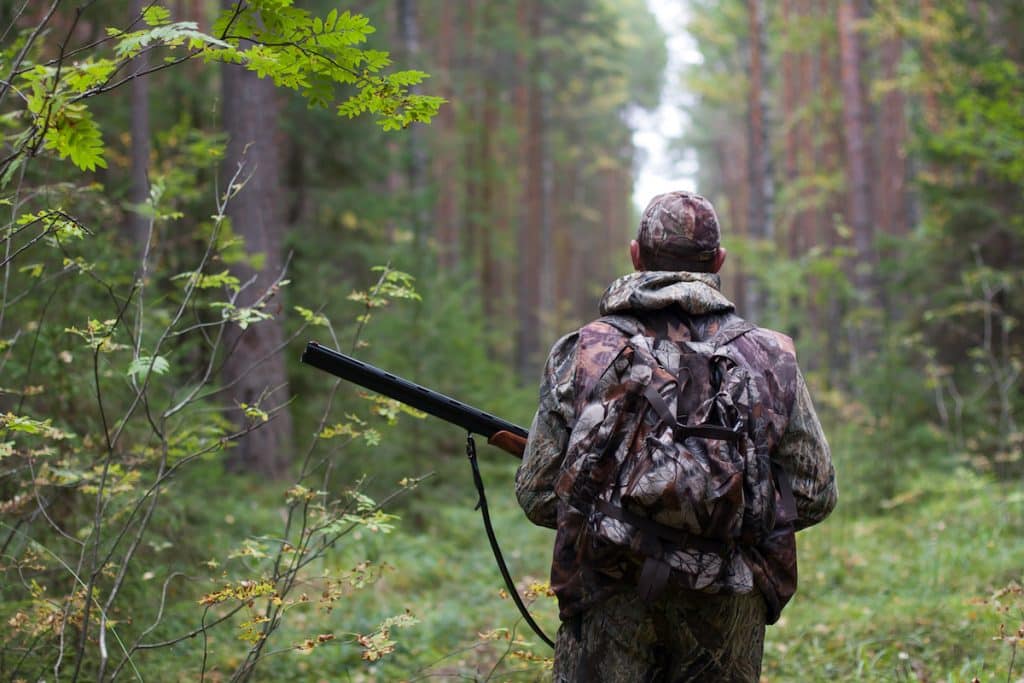 At the time of writing this in New England, it’s water fowl season. Between the ducks in September, Pheasant in October, and the deer in November, there’s a lot of opportunity to stock the freezer. Just because I have my Benelli 12 gauge Super Black Eagle doesn’t mean I stop carrying concealed. Some hunters may look at that last statement as rather strange. After all, why carry concealed when you’re already walking through the woods with a loaded shotgun?

Depending upon where you are in this great country of ours, you have different things to worry about. Up here in New England, the big problem is either moose or bear. There’s potential for a Fisher Cat or a wolf, but I have yet to run across either out in the open. Then, there’s always the concern about rabid animals, like raccoons, acting erratically.

When I was down South, the big concern was wandering across a copper head, the occasional ‘gator, or a momma black bear. Out West, in Idaho, it’s a whole different story. You get the picture — different threats, different choice in guns.

I made a list for myself of my standard ‘go-to’s. These are the personal firearms I tend to carry when I go hunting. Sometimes I carry concealed and other times I’ll just sling them in a OWB holster.

The Taurus Judge takes a 410 shotgun shell or a .45 Colt. With models offering a 2.5″ barrel and usually priced to sell on the used market, the Judge covers a lot of close quarters scenarios. I personally like alternating chambers with .45 Colt and 410 Buck. It’s also easy to conceal. I like carrying 410 Buck as an option because, in the case of a copper head, it’s a decent enough spread to do damage.

I had to throw in a second wheel gun because it’s a toss-up which one I’ll normally take. I really like .357 Magnum in a 4″ barrel. And I really like Ruger revolvers. Between those two things, I often end up carrying the Ruger GP100. The .357 Magnum packs a decent punch and it has decent enough penetration to make any larger animal stop in its tracks.

If I want to carry a full sized pistol, I prefer .40 S&W or 10mm. Either cartridge has been shown to have fantastic ballistic characteristics. Both produce good sized wound channels, penetration, and they both do well against obstructions. My Smith & Wesson M&P pistol, chambered in .40 S&W, has a manual thumb safety. A lot of people tell me they don’t like safeties but, when I’m hunting, I like it. The ergonomics of the M&P is very plain but effective. I can grip it well and fire it reliably with either one hand or two. When I’m carrying this pistol, I usually load it with Hornady Critical Defense or Speer Gold Dots. Both of those have satisfied my curiosity when it comes to expansion and penetration.

I had to add a 10mm pistol to the list because it comes up so often. I picked up a SIG SAUER P220 Hunter, chambered in 10mm, from Cabela’s a little while ago. I wanted to add a 10mm to the collection but after firing it at the range, I realized I couldn’t pass it up. In the rush to get a 10mm to market, a lot of gun companies won’t consider how the 10mm round feels when it’s fired. In the proper pistol, it shouldn’t crack or bounce but just give a nice, steady push back. That’s exactly what the SIG SAUER P220 Hunter does. Plus, it’s already dressed up in camo so I feel like it fits into my get-up just a bit better. All jokes aside, I carry this P220 either IWB or OWB depending upon where I’m hunting. I’m confident that if the FBI thinks the 10mm cartridge is hot molasses, they were probably onto something. After taking it to the range and putting it through my own personal tests, I’d say it passes with flying colors for a hunting concealed carry choice.

And again, I’m sure someone out there will be asking why I even care about carrying concealed while I’m hunting. The answer is simple: I have no idea what’s out in those woods. Until I’m home, safe, and getting my game ready to smoke, grill, or freeze, I don’t like revealing what I got. Carrying a handgun also enables me to take care of myself even if one of my arms becomes incapacitated or I’m stuck in real close quarters. I don’t know every scenario that exists out there because I haven’t run into them all, yet. And so long as I keep heading out into those woods to get my dinner, I’ll keep carrying concealed.