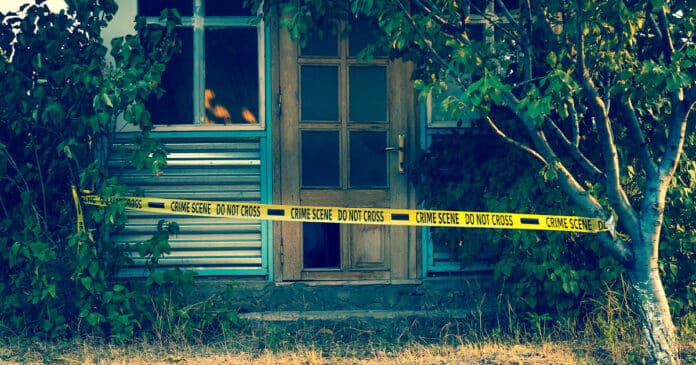 An elderly Modesto couple’s home was the scene of an alleged attempted break-in, the woman of the house shooting and killing the intruder who threatened to kill them.

The Stanislaus County Sheriff’s Department is investigating the scene as an act of self-defense. The couple’s home is located in a rural area with few other homes and rather an abundance of farmland.

The female intruder attempted to break into the home by smashing a fire extinguisher into the home’s sliding door. The couple initially warned the woman to leave and also called for help from neighbors but then grabbed a firearm when they realized she was trying to break in, threatening to kill them.

The woman from the home fired a single shot into the intruder’s torso, the latter afterward forcing her way into one of the couple’s cars, where deputies found she succumbed to her injury.

Fortunately, this couple had a firearm present, reiterating to all of us that we need a lethal weapon for home defense.

The only thing sort of questionable here is the couple calling their neighbors for help instead of calling the police. Being a rural area, maybe they felt more comfortable knowing a neighbor could show up faster than the police.

Although the home is in a rural area, those living in these low populated areas should stay ready and not necessarily hope for help from others outside their home. At the end of the day, you more than likely only have yourself to rely on.

If you have a home defense firearm, make sure you are prepared and ready to use it yourself and not expect help elsewhere.

The couple was uninjured and remains cooperative with law enforcement as they continue to investigate the shooting as an act of self-defense.