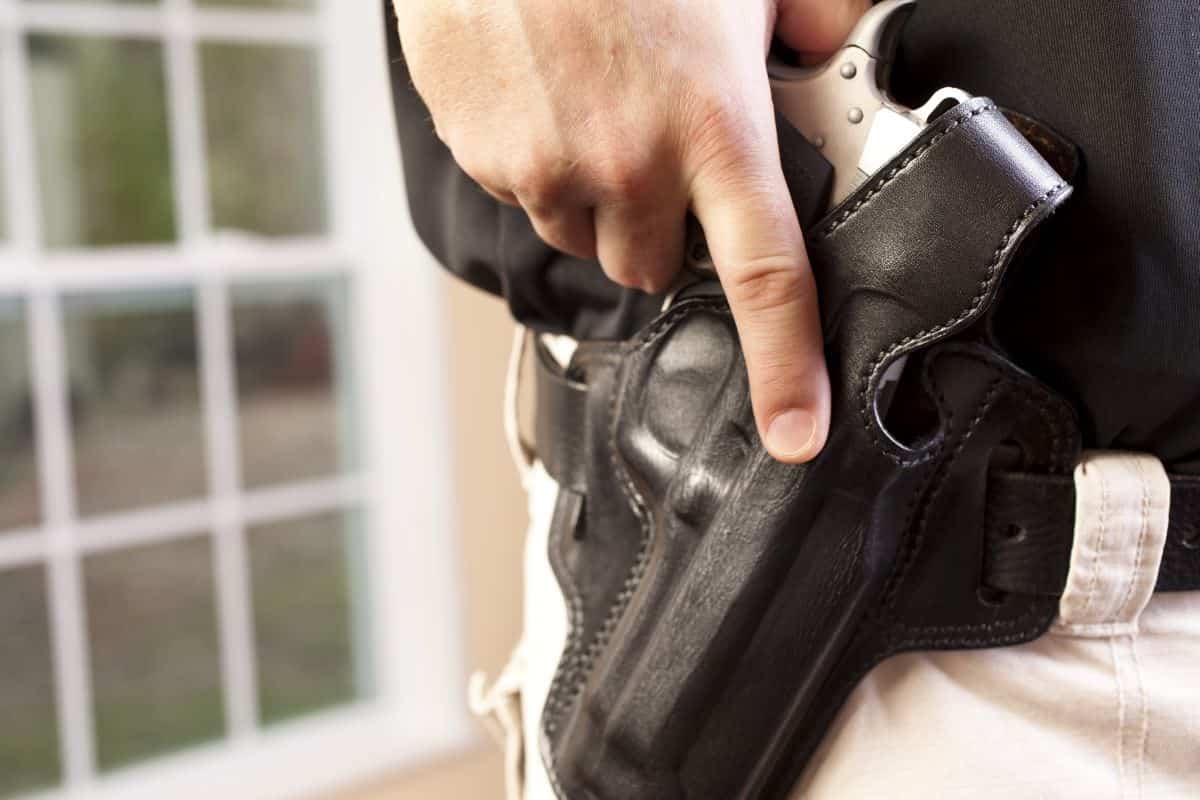 This is the first of a series of articles, and a bit of a departure from my normal contributions. Here I’ll recount my experiences open-carrying a handgun, with a focus on the reaction from the rest of the public. Nothing in here should be construed as legal advice; it’s just an account of one person’s journey. If you’ve done something similar, please share them in the comment section.

As so many things do, this journey starts in the spring. I had just moved to a new city on the coast to attend graduate school, and as part of settling in to my new apartment I bought and installed a gun safe. It was a smallish safe, just enough to hold my sole handgun (a Springfield Armory 1911, as many of my regular readers know), a Remington 870 I had configured for what Colonel Cooper would have called ‘social work’, my bare bones basic Ruger 10/22, and a small collection of WWII era bolt action guns. I’ll confess that I only got into shooting seriously as an adult; my suburban childhood didn’t involve a lot of hunting or tin-can plinking.

And like a lot of people who discover something as adults, I rapidly became an enthusiast. I’m a political animal and a news junkie, and the issues around the Second Amendment intrigued me. I did a lot of reading and a lot of research, and public attitudes toward firearms intrigued me. One morning over coffee inspiration struck, and I decided to conduct an experiment. I was going to open carry a handgun, and see what happened.

A quick conversation with my attorney confirmed that open carry was legal in North Carolina, and walked me through the laws regarding it. I advise anyone to take this step when decided to open carry or adopt a CCW; the laws around handguns are often complex.  Based on the legal advice I received, the parameters for my experiment took shape:

The time-line was open, but to spare you the suspense the whole experiment lasted six weeks.  The first step was to select the necessary equipment: a rigger’s belt a rather nice Wild Bill IWB leather holster, both acquired at a local gun shop.  My beloved M1911.  Two Chip McCormick Power Mags, 10 rounders. My stash of Remington Gold Saber .45 ACP.   All good equipment, all proven and reliable. This was comforting; I was trusting my life to it.

I did my homework as well. As part of the process, I made it a point to practice carrying and drawing the weapon (loaded with snapcaps, triple-checked each time. Safety first and always, people!) within the comfort of my own apartment for a week before venturing into the wild. This was also a fun chance to practice tactical movement in my own space; in the event of a home invasion, this would prove useful.

Finally, I did some soul searching to check my attitude. My reasoning is that while open carrying I would be an ambassador for the entire shooting community, and I needed to be on my best behavior—the Southern Gentleman standard my grandmother had made it a point to teach me.

And then I set out to see what would happen.