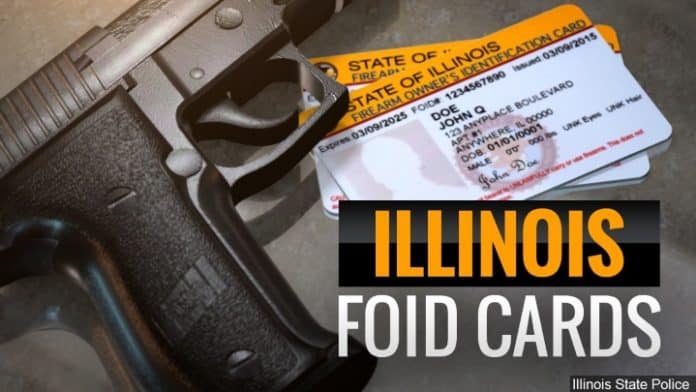 State Rep. Terri Bryant (R) is asking Gov. Pritzker to extend the expiration dates for FOID and CCL cards like they have done for driver’s licenses, ID cards,  and vehicle registrations because of the closure of Driver Services buildings.

Bryant and others have called for improvements to the FOID application process to alleviate the “massive backlog” of applications.

“I appreciate your efforts to lead the State of Illinois during this unprecedented crisis. The people of Illinois are looking to their leaders to have their backs and ensure their security during this stressful time. Please, consider extending expiration dates for firearm owner identification cards and concealed carry licenses for 90 days to protect law-abiding citizens from wrongful arrest or prosecution,” stated Rep. Bryant in a letter to Gov. Pritzker.

Bryant calls this a “critical” need for gun owners or CCL holders that have an expired card. FOID cards expiring during the shutdown, when gun owners literally cannot comply with the law and get a renewal, would suddenly become criminals through no fault of their own.

Given that Gov. Pritzker recently included gun stores in the list of “essential businesses” this would seem to be a natural extension of that decision.

This crisis has clearly exposed a flaw in any gun control permitting system and that is simply that it can only work when the system is able to work. Our 2A rights should never be dependent on any government body’s ability to function.

Illinois residents might want to contact their state legislators and the Governor’s office to let them know that you support this extension.