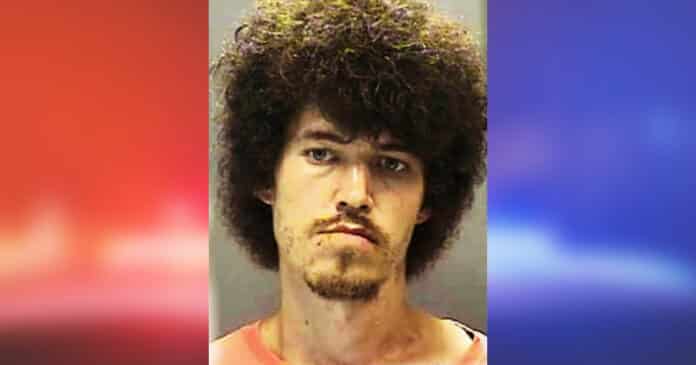 Aaron Pischer, 29, was shot and killed during an attempted break-in in Sarasota, Florida, after being seen disoriented.

Deputies had initially arrived at the home of Pischer after his family called the police to report his disoriented state. Pischer was not home, but while deputies searched for him, they received a call about a home half a mile away involving a shooting.

Law enforcement would discover Pischer had tried to break into the home and find out he was shot and killed by the homeowner’s son. Deputies say the son shot Pischer in self-defense.

While on the phone with 911, the son said he was hiding in his father’s closet and urged authorities to hurry to the scene as he did not know if there were more intruders.

“I shot him. He started charging me. He picked up one of dad’s plants in the front yard and he charged me,” he says. via FOX NEWS

Clearly, this is a case of justified self-defense. Individuals with a known history of mental illness are to be heavily monitored for occurrences like this, as they have increased chances of snapping at any moment.

This case also shows the benefit of parents teaching their children firearm safety. As long as they know where the weapon(s) is accessible, with exception of it being secured safely, this makes sure they are prepared to defend themselves and their home in an emergency.

As the investigation is ongoing, the son has opted to keep his identity private. Regarding Pischer, he had a prior arrest in Sarasota County in 2018 for theft on top of his history of mental illness.

If the family was concerned about his mental illness and blame a child who protected himself they will probably sue for wrongful death, instead of accepting partial blame
with their dead relative, for not having acquired adequate mental health for him.