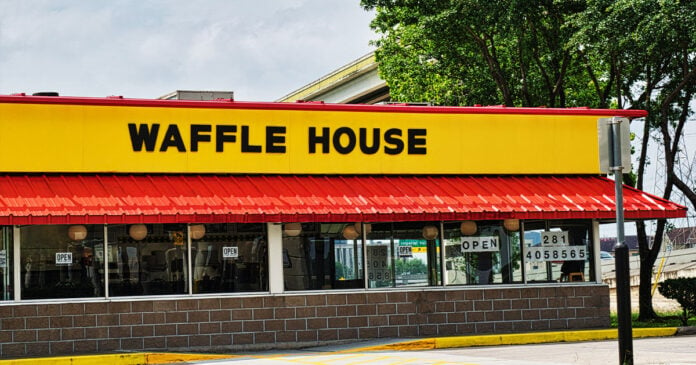 A Florida man was forced to shoot a man who attacked him while trying to get to his car in a Waffle House parking lot.

An armed citizen was walking to his car after eating at a Waffle House around 11:45 PM this past Saturday. Another man and woman were reportedly arguing in the parking lot.

The details are scarce, but according to police, the man in the dispute with the woman attacked the armed citizen walking to his car. He then shot the attacker in the leg.

The victim and other Waffle House patrons called the police, waiting on the scene, and cooperated with the police.

We don’t know if this armed citizen minded his own business when he was attacked or noticed the dispute between man and woman and somehow interjected himself into the situation. We talk about this a lot, but you must be careful if you decide to set into an existing dispute between people you don’t know, especially when carrying a gun. To read more about this, check out the article below.