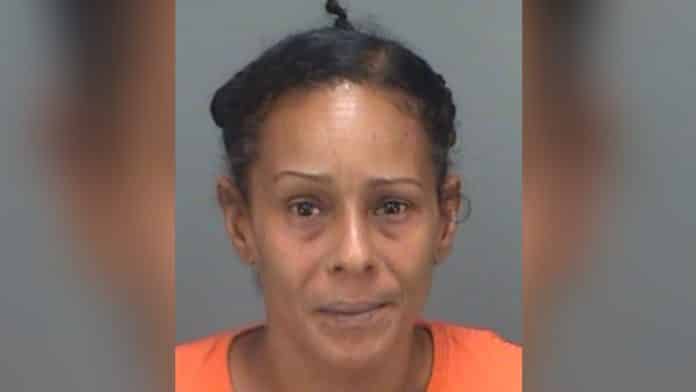 On May 9, 2019, Florida Governor Ron DeSantis signed SB 7030 into law which expanded the current “guardian” program. This bill allows local school boards to allow teacher that go through specific training to carry concealed on school grounds.

One Pinellas County teacher may have misunderstood exactly how this new law worked. Betty Soto, a 49-year-old fourth-grade teacher with a Florida Concealed Carry Permit was arrested after bringing a gun and two knives into her classroom.

Some reports state that Soto was carrying around a backpack everywhere she went, which some teachers said was unusual for her. This caused staff to contact authorities to investigate. But on her arrest affidavit, it also mentions that she left the backpack in her classroom with students, exposing them to the pistol.

She was found to have a Glock 9mm loaded with seven rounds. Possibly a Glock 43? Authorities also found a two-inch knife in her backpack and a six-inch Karambit knife in her pants pocket.

The reason I mention that she may have been confused about the new law that was recently passed is that after being released from the Pinellas Jail on a $500 bond, a reporter asked her if she didn’t know the rules, assumingly referring to SB 7030. She replied, “Talk to DeSantis. You’re Governor.”

The Communications Director for Gov. DeSantis responded in a tweet:

@GovRonDeSantis signed a bill that allows local school boards the option to expand school security. This person was not authorized by the school to carry a firearm much less leave it exposed to students. She violated the law and should not be allowed near a school. https://t.co/B1y2uNzKT8

PSA: Make sure you know the concealed carry laws in the state you are carrying in. Ignorance of the law is no excuse for breaking the law.

Soto also came under fire after some of the parents looked at her Facebook page and saw posts by Soto that they described as “shocking and radical.”

Are you surprised that im a revolutionary?!!! You should have seen it coming. Ijs! I love this picture. Hate that i was on my way to the plantation…but i had to free some minds!

Referring to Starkey Elementary School as a plantation in the comment of a photo she posted, “Omw to the plantation like…”

Here in St. Pets. Thank “God” (And I will find an African translation) that my comrade was there recording. These police are a occupying military force. They are not here to protect the black community! They are here to harass, intimidate, and provoke. Black community Control of the Police!

These post may be shocking to some, but Soto is still a citizen and entitled to the first amendment. James Shaw, an ACLU lawyer stated, “Teachers can post what they want, just like everyone else.”