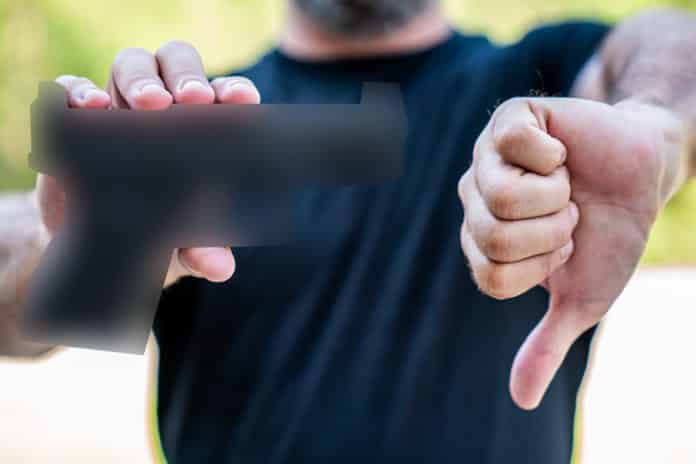 Let’s have a little fun by bashing some handguns that deserve it. Let’s face it: some of the most popular pistols are not perfect by any stretch of the imagination. Some fanboys and fangirls have gotten entirely out of hand and need to reign it in a bit. 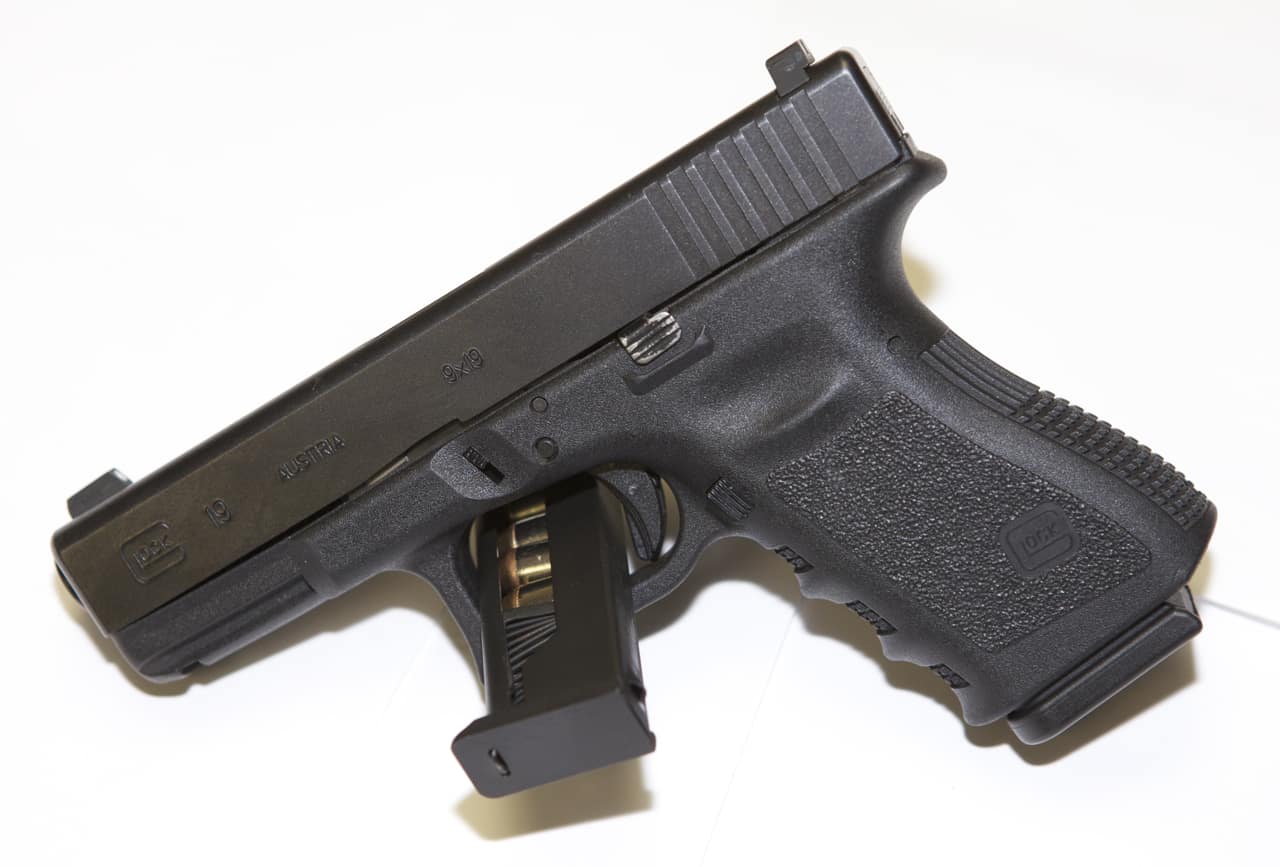 The Walther PPQ? You’d be on to something. But let’s get real.

The trigger sucks. The polymer sights are flimsy. The grip angle isn’t actually that great, which is confirmable since the custom Glock frames (such as Polymer 80 and so on) all use the 18-degree grip angle of the 1911 rather than Glock’s 22-degree rake. Legions of Tactical Kyles won’t shut up about it, and frankly, they cost too much for what little you get in terms of features.

Do they work? You bet they do. Thousands of police departments, competitive shooters, and so on aren’t wrong. They are an excellent working pistol in terms of reliability and function, but they aren’t the be-all, end-all. Other pistols run just as reliably and either cost less or give you more and better features for the same amount (or just a little bit more) of money. 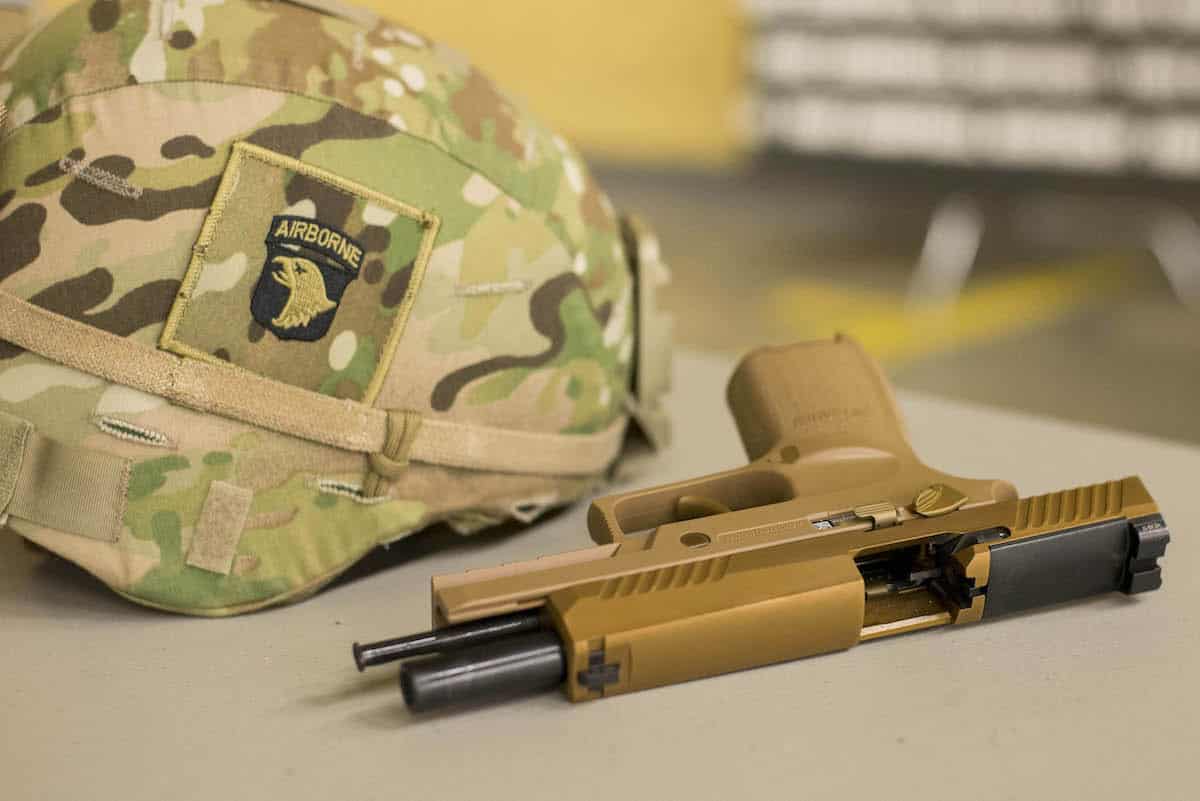 The Sig P320 is a beef-witted lunk. You can use the slide for a boat anchor. Arguably the biggest reason the army chose them is Sig Sauer was asking way less money than Glock was. (About $100 million less.) The trigger stinks, and frankly, the so-called “compact” models are only compact in the sense that they are smaller than a battleship. 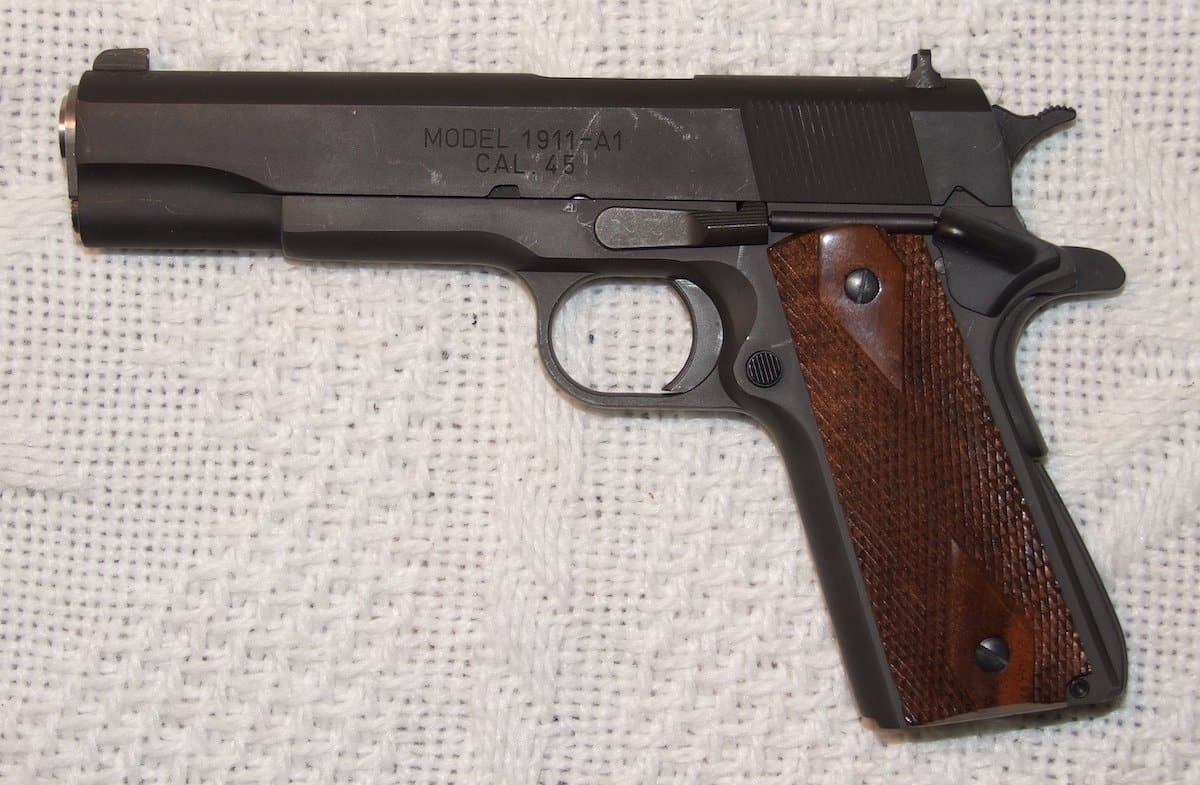 This one hurts because I love them, but frankly 1911 pistols have to get tossed in here too. The 1911 is old. The carrying capacity is pathetic relative to the size and expense. You have to spend a lot to get a good one, and how is it that no one besides Wilson Combat has been able to make a magazine worth a damn? While the 1911 is one of the most beloved handguns, it’s far from the best.

.45 ACP is not really the man stopper some people say it is. 9mm is just as effective and cheaper to boot.

Okay, the ergonomics are great, but so what? Carrying a 3.5-lb Gov’t frame is a chore. I love mine to death, but I don’t carry it anymore for that reason. Granted, I’m probably going to buy a lightweight commander and start carrying that because I miss it but still. It is a highly effective platform; there’s a reason why so many champion shooters and civilians still lug them around. But let’s not kid anyone that there are some real limitations. 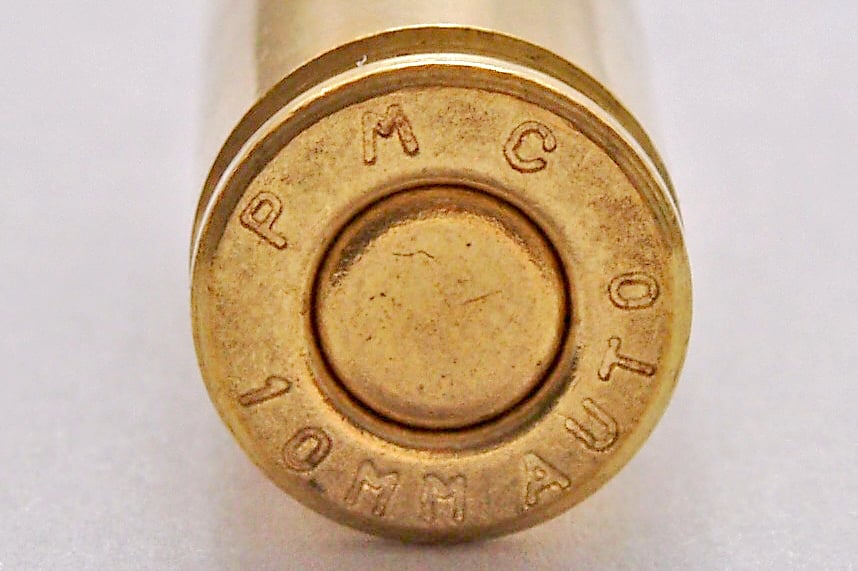 10mm fans seem to think that their pistol is Ol’ Death and Destruction, but the truth is they just aren’t. Handloads can push the 10mm into the bottom end of .41 Magnum territory but so what? Hardly anyone loads their own these days.

Furthermore, study after study confirms that handguns don’t have “stopping power” and that placement is really everything.

If you really want to stop someone with one shot? Get a 12-gauge and load it with slugs. More than 1 oz of lead in center mass is a much greater persuader. 10mm is a great round all things considered, and you can do a lot with it to be sure, but hearing this stuff is getting old. 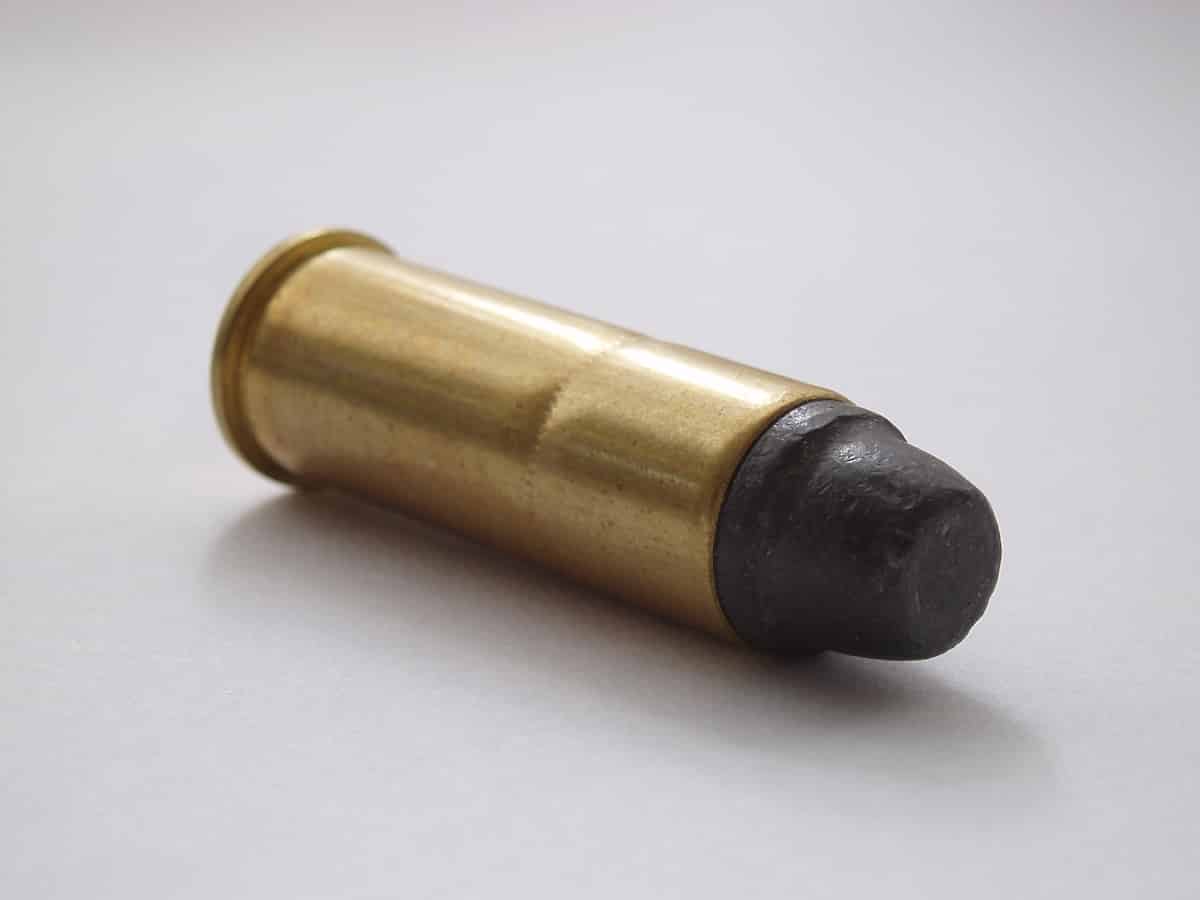 I know what you’re thinking. Being that the .44 Magnum was never the most powerful handgun in the world, and at this range can blow the head clean off your wallet, you just have to ask yourself one question.

What’s the point unless you hunt or live in bear country? 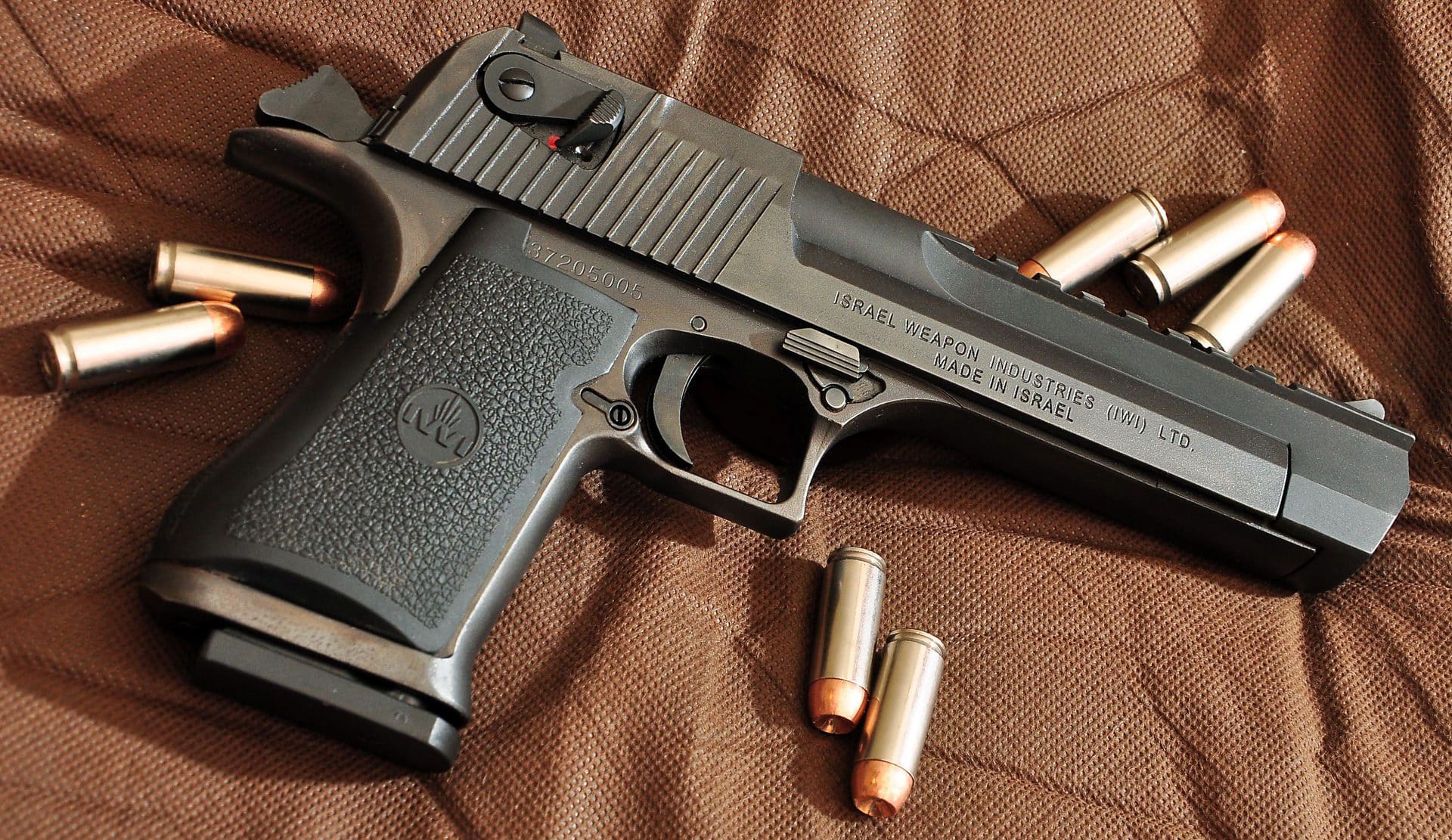 Last but not least is the Desert Eagle. It isn’t the least of anything because it’s almost too big to use. It’s also more expensive than a range toy deserves to be. They’re known for more jams than Smuckers.

Good luck finding .50 AE ammo…and get ready to go broke when you do.

Granted, a few folks get them because they want a semi-auto that can deter four-legged threats, and it is one of the few that can. Fair enough on that front, but most people get them as range toys. This is just one goofy person’s opinion, but there are range toys that are less expensive and way more fun (Henry Golden Boy rifles, for instance) to boot.

That said, you do what you feel is best. If a gun feels right to you, and if it’s what you want, then get it, shoot it and enjoy it! Let us know about it. Are there any handguns YOU think are overrated? Sound off in the comments!

Solid article, I don’t know if we’d fully agree on the Sig hating but some very fair points made.

I like the list. It gives credit where credit is due, but doesn’t go down the rabbit hole of Blind Following and faith.
I like Glocks. I’ve owned several, and still have one, a Glock 17, as my go to gun. I know that gun better than any other gun in my arsenal. That said, I agree, I don’t think that Glocks are the end-all be-all of firearms. I think S&W M&Ps feel better in the hand and point better, Walthers, although can feel a bit “Top Heavy” on some models, feel more “Polished”. There’s a whole world of guns. Glocks are exactly what they look like, no frills, simple handguns. Their price, however, is a bit steep in my opinion.
Concerning the Sig P320. No one cared about that gun before the military decided to use it. Now, it’s America’s sweetheart. So much so, that even though there was a major defect in the drop safety, it continues to be the apple of shooter’s eyes. And don’t get me wrong, I really like the gun, but I don’t see myself buying one anytime soon. The price has skyrocketed (Even before the COVID craze) and seems to struggle getting off the ground without some type of issue. The fact that Sig, although they swiftly provided a remedy, did not believe that the failure should result in a recall, all the while several other firearms from their company had and were suffering from similar issues (some were eventually recalled), and waited several months to announce the issue, although it was widely known throughout the community via social media, is just concerning.
But sure, Taurus sucks because of a history of poor craftsmanship and dangerous safety failures…

Your short article is “on target”, so to speak. I’ve owned and carried and reloaded for many calibers and just as many handguns, but I still carry a Glock because it is what I am most familiar with and I shoot mine well. But I don’t think of Glocks (or any firearm) as miracle guns. They aren’t; they have their limits. My pistol has two good upgrades and it performs well …that’s all I want. If I feel like I might need more than my sidearm I’ll carry a rifle.