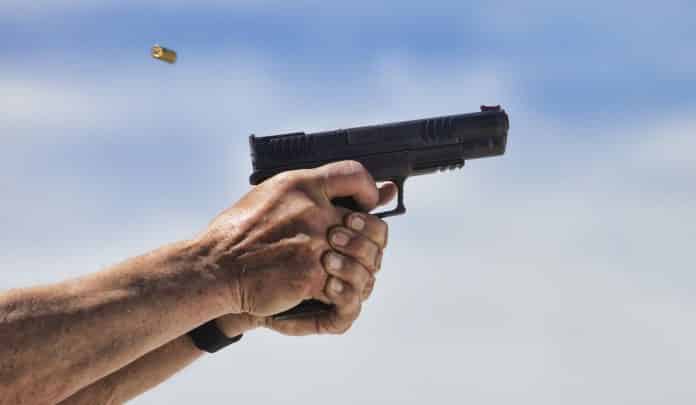 20Prentiss County Sheriff’s deputies responded to an altercation call on a recent Tuesday evening but were unable to locate the suspect. The following morning, about 8:30 AM, a resident of the Wheeler area spotted the suspect from the night before and called 911. The resident followed the suspect and continued relaying the suspect’s location and erratic behavior.

The suspect eventually went to a female’s residence and began assaulting her. The Good Samaritan resident felt the need to confront the suspect and ended up shooting him twice, ending the attack.

In an odd twist, the suspect confessed to deputies that he had also beaten an elderly man in his nearby shop. Officers responding to that location found a man in critical condition. The woman was treated and released. The suspect was reported in stable condition and will be charged with two counts of attempted murder.

Original story by the Daily Journal.

This is about the best one can hope for from a situation like this. Two lives saved, no one died and suspect in custody while the Sheriff states that the woman’s life was saved more or less justifying the concealed carrier’s actions.

This Good Samaritan did a lot of things right. He called 911 and stayed on the line relating info as best as possible. This got law enforcement on the way early. He must have kept his distance enough because he avoided drawing the attention of the suspect to himself. Yet he was close enough to intervene when the suspect attacked an innocent woman. He also had the privilege of knowing pretty much the entire situation from the beginning, so he could reasonably assume the attack wasn’t a domestic dispute. He also stopped shooting when the attack stopped, evidenced by the fact that the suspect was in stable enough condition to confess to another crime while waiting for the ambulance. And of course, the entire event was recorded on the 911 call.

This is how good people with guns stop bad people from hurting or killing others.