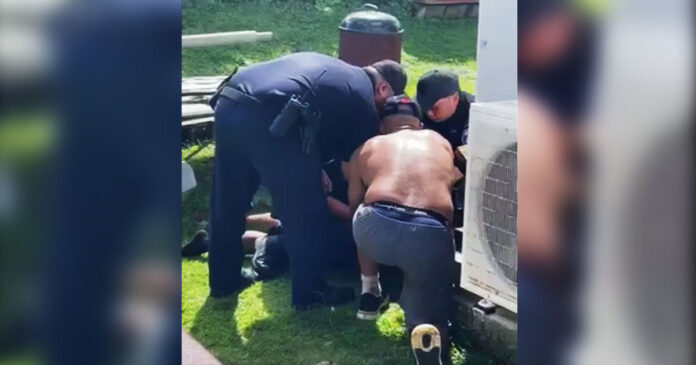 We talk a lot about knowing your mission and deciding who you are willing to protect. Yourself. Your family. Neighbors. A Guam man had already decided this when he heard someone trying to break into his neighbors home.

On a recent Monday morning, Albert Manansala hadn’t gone to work early as he usually does. So he was home when he heard some commotion at his neighbor’s house. He grabbed his gun and headed out to investigate. After looking through a window and seeing a man trying to break in, he made sure the house’s perimeter was clear, checking for any additional suspects.

“I grabbed my gun, and I went and made sure that the front area was clear because you don’t know how many are there. Then I ran back, and I saw him, and I chased him,” via Pacific Daily News.

He then “put his gun on the suspect’s face,” asked to see his hands, and told him he didn’t want to shoot him. The suspect, released from prison a few days earlier, calmed down and followed Manansala’s orders to lay down on his stomach.

The police arrived, arrested the suspect, and charged him with home invasion, burglary, assault, and harassment.

I have no problem with Manansala going to his neighbor’s rescue. If you decide you are willing to risk your life by inserting yourself into a situation, that is on you. The fact that he said he “put his gun on his face” makes me think he got a bit too close to the suspect. You can keep your distance and still issue orders as he did. But other than that, bravo to him. Who knows what this felon had planned once he got inside the home.

Manansala also mentioned how other neighbors were outside and yelling at him to shoot the suspect during the incident.

“When I pointed a gun at him, I realized I don’t need to shoot this guy. He needed help. But here I am trying to do this, and then you got neighbors yelling ‘Shoot him, shoot him!’ so then I’m trying to calm them down as well.” Manansala said.

“No. 1, he’s no longer a threat. Obviously, he needed help. No. 2 is, let’s say I shot him. Well, my business is going to be affected,” Manansala said. “And justified or not, I still got to see the judge because being a gun owner does not mean I can blast anybody.”

To end on a positive note, Manansala has been getting baked goods and free meals from his neighbors as a thank you. Nice!