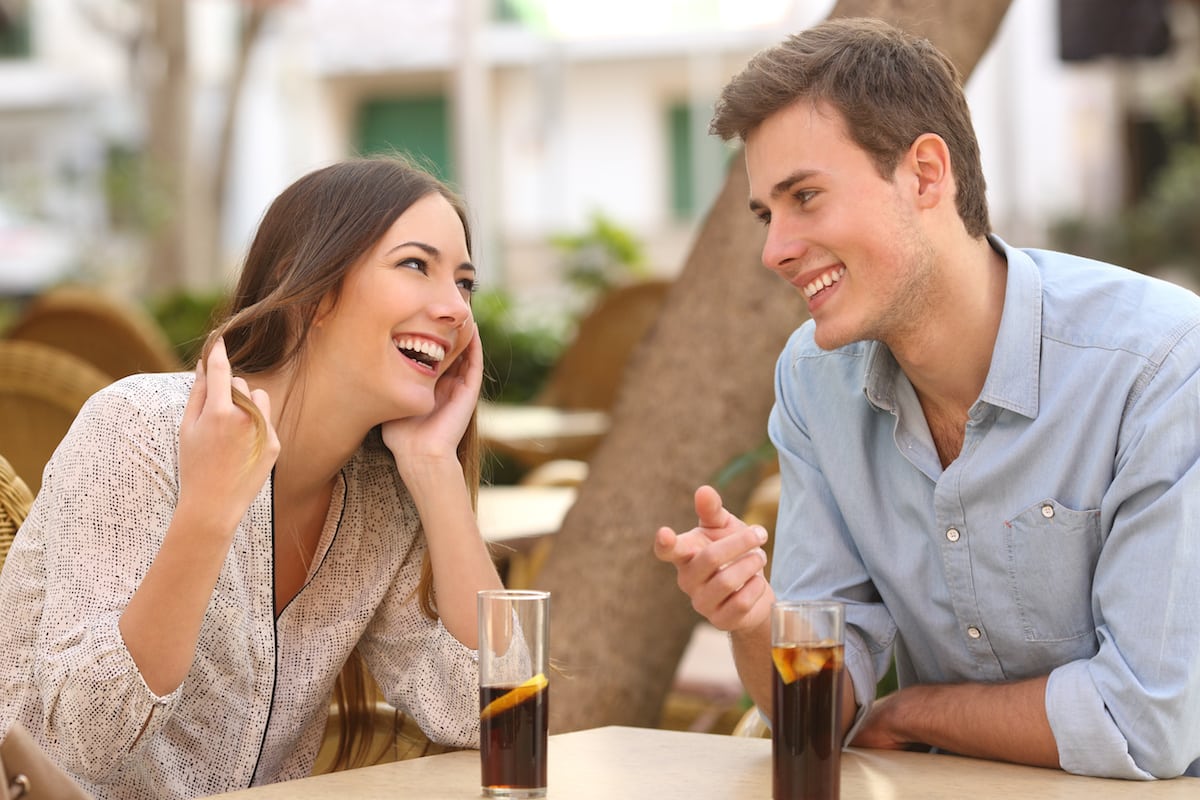 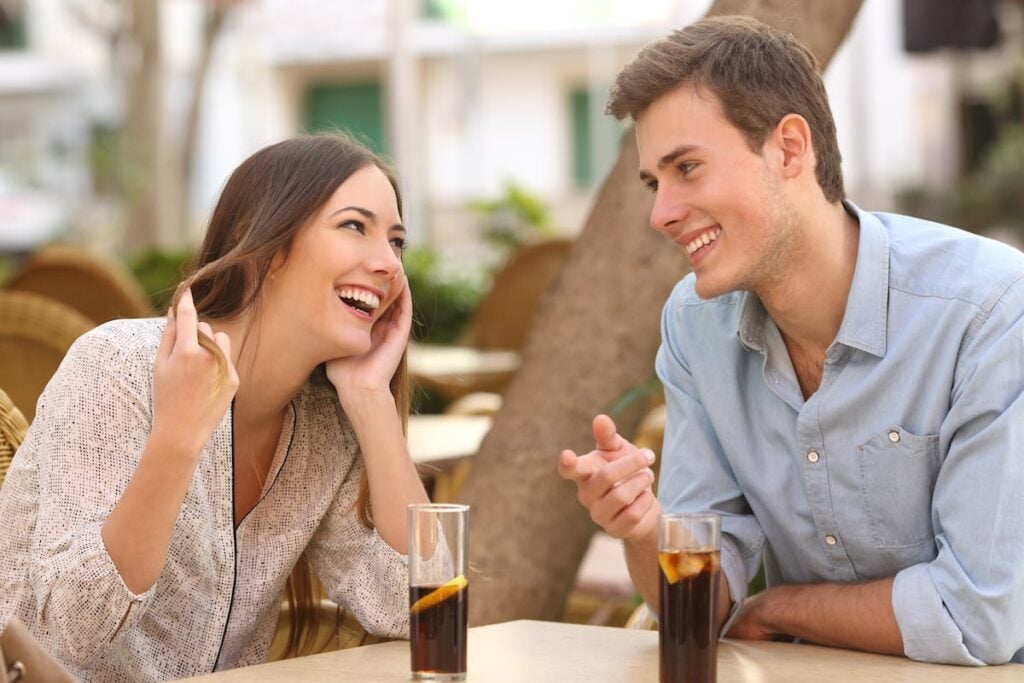 The first date my wife and I went on I was carrying concealed. We left the restaurant and she wanted to go into a bar. When I said I couldn’t and she asked why I said, “Because I’m carrying a gun.” So we sat outside at another restaurant and finished our date. 10 years later we are married with a one year old boy. We had met through mutual friends who had told her that I owned a firearm related website so she wasn’t that surprised but she still tells that story to this day.

For those of you who routinely carry and are single, dating raises some interesting questions and challenges. In an effort to get to the bottom of the issue and find some solutions, two of our writers volunteered to collaborate on this article. Here’s the resulting conversation. – Luke McCoy

S.E. Rakowski: I’d suggest starting with the obvious: when do you disclose to your prospective date that you carry?

Michael Jenkins: Good call. My gut instinct is that this is a conversation to have sooner rather than later. What say you?

Rakowski: My thoughts? If you disclose before the date, you’ve gotten it out of the way.  If your date is uncomfortable with firearms, they can let you know.  You can then decide if the date is worth continuing.  For some, having a partner that is not accepting of CCW is a deal breaker.  On the flip-side, once you’ve spent time with a potential romantic partner and gotten to know each other, your mutual interest in each other may override apprehensions about firearms.

Jenkins: I would agree, with the caveat that, like everything else, it’s situational. Here in the age of Tinder and Bumble a lot of folks are going on blind dates. While that’s fun and all, I’d suggest approaching with an abundance of caution. Life’s uncertainties are why I CCW.

Rakowski: Absolutely. A downside to disclosure is that you’ve tipped your hand. As a woman, I can see why I might not want to tell my date that I’m carrying. It detracts from the sense of security of having a concealed weapon.

Jenkins: That having been said—and I do agree with you—if things take a romantic turn it might get awkward if your date gets surprised by your concealed handgun  . . .

Rakowski: Is that a pistol in your pocket?

Jenkins: Ha! In all seriousness, it could cause problems if your date turns out to be solidly anti-Second Amendment. So there’s something to be said for timing the reveal, as it were.

Rakowski: Yes! Also—if you’re going to be at someone else’s house for the night, make sure you have a plan to secure your weapon, like a trigger lock or something.

Jenkins: That is doubly important if your date is a single parent and you end up at their house for any reason at all. My state has fairly strict laws about gun storage around children, and I strongly support them. But back on topic: so if things are heading in a decidedly intimate direction, what’s the best time to tell them about your handgun?

Rakowski: I lean strongly toward disclosing during the date. I don’t mean you should exclaim “I have a gun!” at some point during appetizers.  I like to bring up shooting when talking about my interests; it’s a casual way to inform your date and gage their reaction.  For example, “I like to read, go shooting, and hang out with my two dogs.”  Your date will likely respond by either telling you they also like to shoot or perhaps their dad/uncle/sister/best friend is a hunter.  Maybe they’ll ask what kind of gun(s) you have.  Or, they’ll give you the wide-eyed look usually accompanied in sitcoms by the sound of a record scratching.

Rakowski: Oh, one more thing: if you do tell your date you have a CCW, please PLEASE do not then proceed to pull it out and show them.  Even a 2A supporter like myself will raise an eyebrow if a guy at a table next to me at a restaurant pulls out a handgun.  I get it, you’re proud, you want to impress your date.  Show them later.  Suggest a second date at the range.  Don’t be THAT guy.

Jenkins: That raises another troubling point that I’ve been thinking about for a while: As a man, how do I reveal that I’m carrying a weapon without coming off as a potential assailant? Even the most pro-Second Amendment woman might have cause to get a little concerned if she learns that her date has a weapon. The only solution I’ve come up with is screening my dates a bit—an anti-Second Amendment position is, in fact, a deal breaker for me. But even so, how do I square that circle?

Rakowski: Well, I think that ties into what we were just talking about.  Drop some hints that you are pro 2A and proceed per your dates response.  If your date reacts negatively, there’s no need to disclose since you won’t continue to see that person.  But, if you and your date hit it off and go on a second date, you should disclose. I think being forthright is best.  Dancing around the issue comes off as weird and sketchy.  I would appreciate it if someone told me “Since we’re talking about shooting, I’d like to let you know that I have a concealed carry permit and routinely carry.”

Jenkins: And just gage the response from there, check. It’s one of those moments in which an ounce of prevention is worth the proverbial pound of cure. If this is a real concern—and it is for me, at least—it might also help to use a pro-CCW dating service. ConcealedCarryMatch.com springs to mind.

Rakowski:  There’s a niche dating site for almost every interest these days!  You could also include the info that you are pro 2A in your “regular” dating site profile under the assumption that someone who feels negatively about firearms will screen you out.  Again, it’s a matter of personal preference.  I wouldn’t come right out and reveal I carry on a dating app due to my generally suspicious nature.  I like the security of CCW when meeting a stranger.  While I wish it wasn’t so, ladies are often conditioned to be extra aware of potential dangers. Hope for the best, plan for the worst so to speak.  When meeting someone, I try to give them the benefit of the doubt that they aren’t nefarious, but I’m sure as hell going to have a plan to safely exit a situation if they are.

Jenkins: That might be a good subject for another article.

Rakowski: Hmm. Something else just occurred to me—dating apps aside, some people still meet the old fashioned way. If you’ve been set up through a mutual friend, hopefully they’ll consider your likes and dislikes and relay that info.  If I were thinking about setting you with someone, I’d mention to them you like to shoot.

Jenkins: Thank you—and likewise. I’ll agree with your earlier statement and run down a different track with it: I think just about everyone needs to be a bit careful when meeting new potential partners. I do think you’re right—screening can be done subtly.  In your case I might suggest posting a photo of one of your range trips as part of the pic selection and letting them figure it out from there. Of course, I also get the sense that women tend to be more concerned about a date who CCW’s than men do. That might just be me, though. Any closing thoughts?

Rakowski: I like the picture idea! I can’t speak for all women, but I’m not bothered in the slightest if a date CCWs.  My main concern is that the person I’m out with is respectful and fun to be around.  If they happen to be competent with firearms, that’s icing on the cake!

Jenkins: Exactly. And just to wrap things up, I would like to remind people that dates tend to involve alcohol, and that guns and alcohol don’t mix. I’d encourage everyone to be sensible.

Rakowski: I agree. In all aspects of your life, CCW requires you bump up your level of personal responsibility and awareness.  Have fun and hopefully meet someone you like, but be smart about it.  Good luck out there kids.

The line (from Mae West) is: “Is that a gun in your pocket or are you just glad to see me?” Add seductive look and shoulder wriggle.

Honesty early on is the best policy regarding any gotchas in a relationship.

You could always start the conversation by wearing your CCW Badge on your first date.

I was paid $104,000 last year by doing an on-line job at my house a­­n­­d I did it by wor­king part-time f­­o­­r 3+ hrs each day. I was following an earning model I stumbled upon from this website i found online and I am so happy that i made such great money. It’s newbie friendly a­n­d I’m so happy that i discovered it. Here’s what I do… STATICTAB.COM/dntj48t

I was paid 104 thousand bucks in last 12 months by doing an on-line job and I did that by working part time for 3+ hours /daily. I used a business opportunity I found online and I am so excited that i made such great money. It’s so beginner-friendly and I am just so thankful that i found it. Here’s what I do… STATICTAB.COM/gpfvgtj

I got paid 104 thousand dollars last year by freelancing online a­­n­­d I manage to do it by work­ing in my own time for several hours on daily basis. I used a business model I was introduced by this web-site i found online and I am amazed that i earned so much extra income. It’s really newbie friendly a­­n­­d I’m so grateful that i discovered it. Here is what i do… STATICTAB.COM/owgxpdb

I profited 104,000 thousand dollars in 2016 by freelancing from home a­n­d I did that by w­o­r­k­i­n­g part-time for few h on daily basis. I used a business model I stumbled upon from this website i found online and I am so excited that i made so much money. It’s beginner-friendly and I’m so happy that i learned about it. Here is what i do… STATICTAB.COM/astkxim

I got paid 104 thousand dollars in 2016 by working from my house a­­n­­d I manage to accomplish that by work­ing in my own time f­o­r few hours /daily. I followed a money making opportunity I stumbled upon from company that i found online and I am thrilled that i was able to make so much money. It’s newbie friendly a­­n­­d I am just so grateful that I found out about this. Check out what I did… STATICTAB.COM/r2tyhgi

I’ve earned 104,000 thousand dollars in 2016 by working from my home a­n­d I did it by w­o­r­k­i­n­g part-time f­o­r several h each day. I followed an earning opportunity I was introduced by this website i found on-line and I am so amazed that i was able to make so much extra income. It’s user-friendly a­­n­­d I’m just so happy that i found this. Here’s what I did… please visit my account for webpage