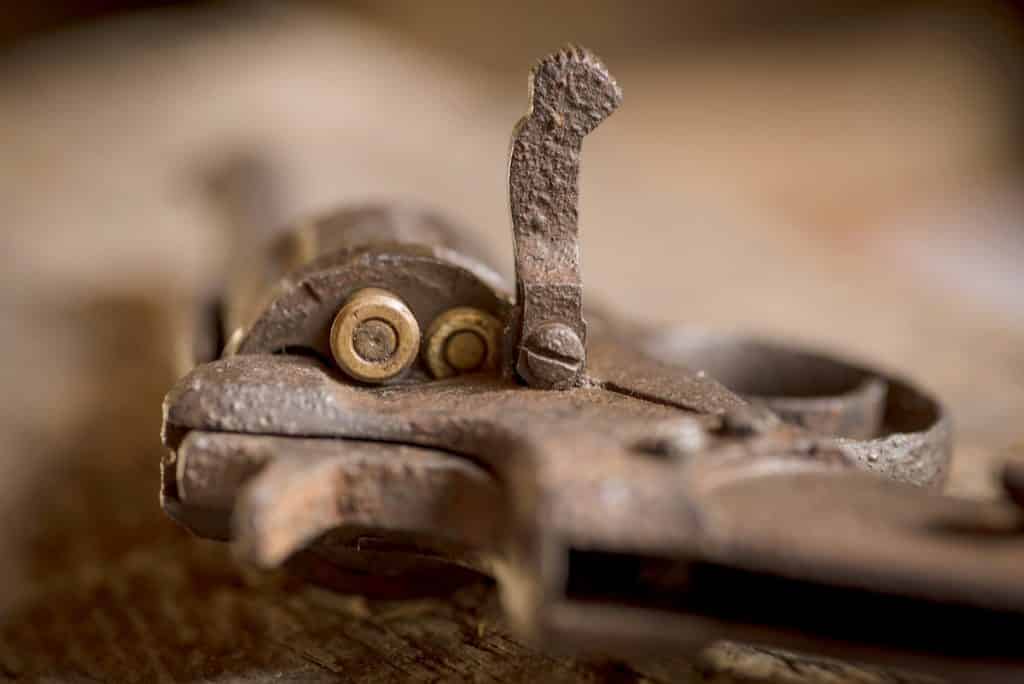 In another article, I talked a big game about how an expensive concealed carry pistol was a waste of money — while admitting that I recently purchased one and enjoyed the heck out of it. In this article, I’m going to touch upon the second half of that equation: trading in a gun to get a gun.

Pre-emptive side note: Most states are completely alright with you purchasing a used gun. Most states are completely fine with a gun owner using his gun to trade up into another gun. So, for those few of you who cannot (see COMMONWEALTH OF MASSACHUSETTS), this article will disappoint you. But chances are good if you’re a gun owner living in Massachusetts, you’re probably already disappointed.

While I was shopping for a new gun, I was looking to trade in my old one. My old gun, however, has seen a bit of action. The bluing on the barrel and slide are worn. The polymer grip has that almost frayed look that comes from pushing a gun a long time. In short: my old gun was functional, but it looked ugly as sin.

From experience, I know that a gun store owner is going to look at any gun potentially used in trade-in and weigh the following:

Let’s take a Glock 19 Gen 4 for example. In fact, we don’t need to wander far for that example because that’s the gun I traded in towards the purchase of an H&K VP9. When I purchased my Glock 19 Gen 4 NIB (“new in box”), it was $495 after tax, etc. Looking around, I can usually find a used Glock 19 Gen 4 for approximately $450 depending on where I shop. It’s a pretty common gun and when in good condition, it’ll move relatively quick – 30 to 45 days.

As a gun store clerk, I’d probably purchase a used, good condition Glock 19 Gen 4 for $125. But, for a trade-in, I can probably get away with accepting a bit more. A trade-in only leverages against the margin I make on other guns. For an H&K VP9, I probably purchase a new one at less than $500, sell at $680-$820. With a margin of $150, I can afford to give a prospective trade-in customer more. That provides a consumer with the chance to leverage more money towards a purchase. It also works for me because I’ll make my margin back when I sell his used handgun.

Now, let’s go back around the counter.

I’m the consumer and I want to trade-in a beat-up Glock 19. I guess that if the clerk looked under the hood, he might only give me a great deal less. Because the grips looked the worse for wear, I took a sauntering iron and put a stippled pattern on the grips. I had some old bluing I used on my hunting rifle, and I applied that to the barrel. It was enough to trick the naked eye but in no way would it make my Glock look like it was in perfect condition.

However, not every gun clerk has a trained eye. In fact, some will just look up the model, ball-park a condition, and if they know you’re trading in versus selling, give you the benefit of the doubt. That’s what happened in my case, and I ended up walking out with $225 in trade-in value.

Sean, in other words, you “improved” and dishonestly traded your Glock POS for more money instead of taking responsibility for not caring for your gun, and accepting honest payment for it’s condition. I never could stand customers like you. Luckily for myself and the rest of my team, we were experienced firearms handlers, and knew what we were reviewing. Others tried that crap with us, and we “shot” them down every time.

I would buy used Glocks for $200 all day long, and still sell them for 400.00, $125.00 , for a gen 4 Glock in good condition is ridiculous. Look on any website, even used Police “trade ins” in Used, “Fair” condition go for $350.00. For you to say that a used Glock in good to very good, condition is worth 125 dollars is robbery. Police guns are pretty beat to crap, and still demand almost 3 times what you are saying is the purchase price, I have sold many a used Glock for 450-500 dollars, and I have been doing this 50 years. It also factors in that some generation guns are more in demand than others. Like Gen 3 guns, are preferred by many an glock professional. Almost no gun loses 3/4 of it’s value unless it’s a piece of crap to begin with,