Guns in Schools: What are the Laws?

by Salvatore
in Articles, Concealed Carry
4 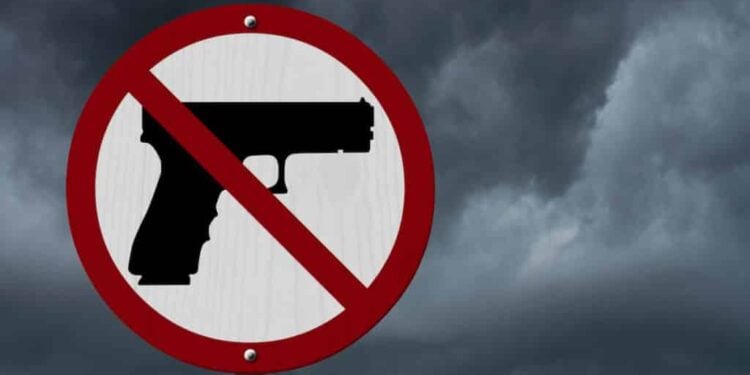 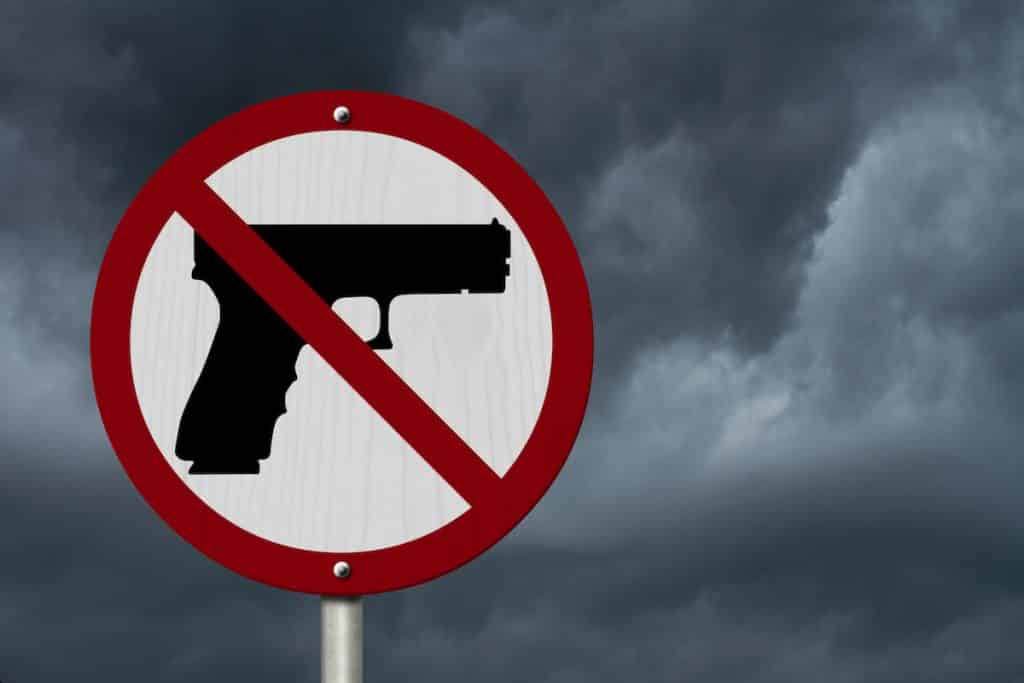 Despite the right to keep and bear arms as specified in our Constitution the armed citizen still faces many jurisdictions and locations where this right is denied. Schools are a particular point of concern for armed citizens since many of us have children and need to spend varying degrees of time on school property. So what are the legalities of being armed in or around schools? Unfortunately, like most other absurd legislation, the laws governing firearms in schools are complex. Schools are particularly tricky since there are some differences from state to state regarding the particulars of this regulation.

Here I will share some of the generalities that typically apply to guns in schools in almost all states. There is not room to list every specific legislation in all fifty states here, of course, so it is paramount that you research the exact legalities regarding firearms on school property in your individual state of residence. With that said, there are some general considerations that apply in most places: Let’s take a look:

The Gun-Free School Zones Act of 1990

In 1990 President George H.W. Bush signed the Gun-Free School Zones Act. This particular legislation has had the greatest impact on armed citizens concerning school zones from the federal level. The act essentially made it a violation of federal law for any individual to knowingly bring a firearm onto the property of a school. It also prohibited the possession of a firearm within 1000 feet of a school zone. This legislation was struck down in 1995 by the Supreme Court but was re-enacted in 1996 with many of the same restrictions although the more limited version gave way to the authority of individual states to implement or lesson their own restrictions. Currently, legislation that impacts the armed citizen is more state specific.

Not to be confused with the afore discussed Gun-Free School Zones Act, the Gun Free Schools Act of 1994, signed by Bill Clinton, was part of the larger Improving America’s Schools Act. This particular legislation requires all states that receive federal educational funds to enact local laws to enforce the expulsion from school of any student that brings a weapon on premises for at least one year. This was part of the federally encouraged zero tolerance laws for state school districts. This act focuses more on student attendees of a school district rather than the public.

There is a huge variety of state level legislation regarding the possession of firearms and armed citizens must ensure that they know the laws of their individual state of residence. Currently, most states prohibit firearms on premises even for carry permit holders. Some states do allow the carry of firearms on school grounds. Based on my research, at the time of this writing, 18 states actually do allow the carry of firearms on school grounds, but almost all of these require the written permission of the principle, super intendant, or other authority of the school. It is rare that such permissions are granted to a school employee or just a citizen who is a parent of one of the students. Without this permission carry on school property is a violation of state law even in these states.

To make things simple, it tends to be the standard that guns are not permitted within K-12 school property in almost every state unless permission is granted in one of the 18 states that allows for this. This permission tends to be seldom if ever granted.

In many states leaving the gun in the car is also illegal if the vehicle is parked on school property. This makes it very difficult for any school employees to be armed in any capacity and it also effects any who carry a weapon that need to go to a K-12 school property for any reason. Research these particulars for your own state. For example, in Virginia it is legal for an armed citizen with a permit to be armed when dropping off or picking up students in the common area of the parking lot. By law, however, the concealed carrier must be in the vehicle and can’t enter the school.

There is also a significant degree of variation from one state to another as to the laws applying to school events.  In some states even school events that take place off of school property fall under the general prohibition of firearms. In other states the prohibition does not apply even on school property if the event is open to the general public and in certain areas of the property.  There is sometimes less restriction applying to school events but often that is not the case and it is very important that you know the laws specific to your state and specific to the type or location of the school activity.  Be sure to investigate these legalities before going to a school ball game or other activity while armed.

Universities are treated in a similar capacity as K-12 schools in many states but in others universities do not fall under state law. Certain states apply the general law of prohibiting firearms on school property to university campuses, others do not. In many states there is nothing in state law that prohibits firearms on university property but the universities themselves have regulations that prohibit guns. As of this writing there are ten states that allow concealed carry on campus, the rest prohibit it either based on state law or university regulations. Bear in mind that even in states that do not prohibit firearms at universities under state law the individual university can enforce this policy individually and violation may still carry the weight of law. Know the particulars for your own state.

In closing, the general principle as of now is that firearms on school grounds, particularly K-12 schools, is a no go. Depending on your state you may be able to have your gun with you in the vehicle or on your person in the parking lot when dropping off or picking up students but you must verify this within your own jurisdiction. It is obvious that such regulation does little to protect schools from violence and only infringes on the rights of law abiding citizens to defend themselves within educational facilities, but that is our legal reality as of now. Do your research and know what the laws are in your individual state.

Glock 17 Gen 5 Review: Is It Worth the Upgrade?

Glock 17 Gen 5 Review: Is It Worth the Upgrade?