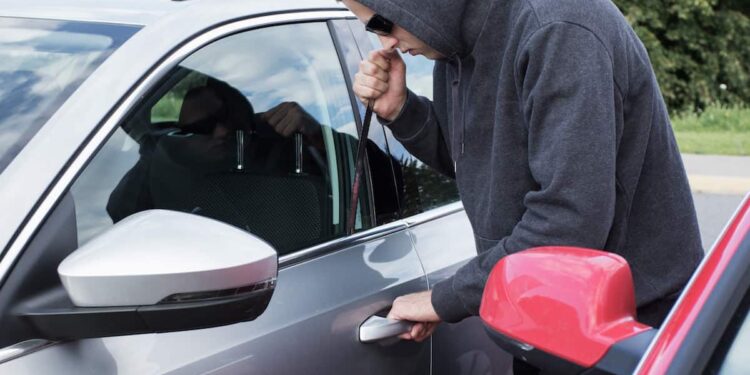 A few months ago the anti-gun websites The Trace and The Guardian published articles based on parts of an upcoming survey from Harvard and Northeastern Universities.  The survey supposedly gives the most complete look at gun ownership to date and is set for release in 2017.

We’ve talked about gun surveys before and why they tend to be inaccurate. Gun owners just generally don’t want to answer questions about how many guns they have and why they have them. This new study, the surveyors claim, will be more accurate than any other before because of the large sample size.

The surveyors estimate that there are now 265 million firearms in private hands today.

While The Trace proudly proclaims that this new survey “does not draw conclusions about how changes in gun ownership could affect public health…” the writers take it upon themselves to draw all sorts of conclusions about guns and public health. They spew out tried and true talking points about mental health and how fear drives the modern gun owner.

But then they seem to latch onto something new: blaming gun owners for their stolen weapons. According to this new study, between 300,000 and 600,000 firearms are stolen every year.

“At the high end, that’s more than 1,600 guns stolen every day, more than one every minute. That’s enough firearms to provide a weapon for every instance of gun violence in the country each year — several times over,”

“Many cities where gun thefts from cars increased sharply last year are in states whose elected leaders have passed laws that make it easier to buy a gun and to carry one on college campuses, in restaurants, and in other public spaces. Many have specifically removed restrictions against leaving firearms in vehicles.”

If these darn gun owners just didn’t have guns, criminals wouldn’t be able to steal guns from them.

Keep in mind these numbers are coming from a yet unpublished source, and aside from a few graphs these websites offer no hard numbers. This doesn’t keep other anti-gun publications like The Atlantic from also writing up hit pieces on gun ownership (I am linking to these for posterity, but don’t give them your clicks unless you must).

“The newest study attributes much of this disparity to the National Rifle Association’s successful politicking. The rise in gun ownership and gun thefts in the U.S. has coincided with the NRA’s aggressive campaign to loosen gun restrictions,” The Atlantic writes.

Jacksonville is reporting over 500 guns stolen this year, a new record if the trend continues.

Gun theft is a problem. These guns really do end up in the hands of murderers. A 2012 report from the ATF makes clear that “[t]hose that steal firearms commit violent crimes with stolen guns, transfer stolen firearms to others who commit crimes, and create an unregulated secondary market for firearms.”

In other words, criminals don’t go through the hassle of background checks when they can smash in your car window.

But keep your chin up. While gun theft may very well be on the rise, gun crime is certainly way down.

People generally store their gun in their car when they can’t take it with them into a business or place of employment, and a vehicle is an easy place for a thief to make a snatch-and-grab. The ultimate solution to never having a gun stolen from your vehicle is to not keep it there. And while The  Atlantic and The Trace’s solution would be to limit gun ownership, or legislate harsh punishments for gun owners that leave their firearm in the car, the most logical step to curb the theft of firearms from vehicles is to actually allow concealed carry into more establishments.

Nationwide reciprocity and the end of gun-free zones seem unlikely in the near future, and private establishments always have the right to ask you to keep your gun outside. So storing your gun in the car is sometimes just a fact of life.

Victim blaming gun owners for their stolen weapons is not a valid answer to gun theft. But gun owners not taking the appropriate steps to keep their weapons secure is just as bad.

If you must store your carry weapon in a vehicle be sure to keep it out of sight and locked up, either in the glove compartment or in a small gun safe. There are many many options these days for compact and secure safes. Simply stowing your sidearm under the seat or in an unlocked console just isn’t enough to keep prying hands away after they smash in the window with a tire iron.

The days of gun racks in the window of nearly every truck are, sadly, over. There are newer options that store the rifles overhead, out of the line of sight of that creeper peering in your windows. But if you find yourself transporting long guns and you stop to eat, be sure to cover them and keep their locks locked.

While having NRA and Glock stickers on your car may be a good way to show support for gun ownership, it also telegraphs that you may have a gun in your car ripe for the taking. Be mindful about the information someone can glean from simply looking at your vehicle.

Be safe. Be secure. And do your best to keep gun thieves away from your weapons!