How to Handle a Mugging 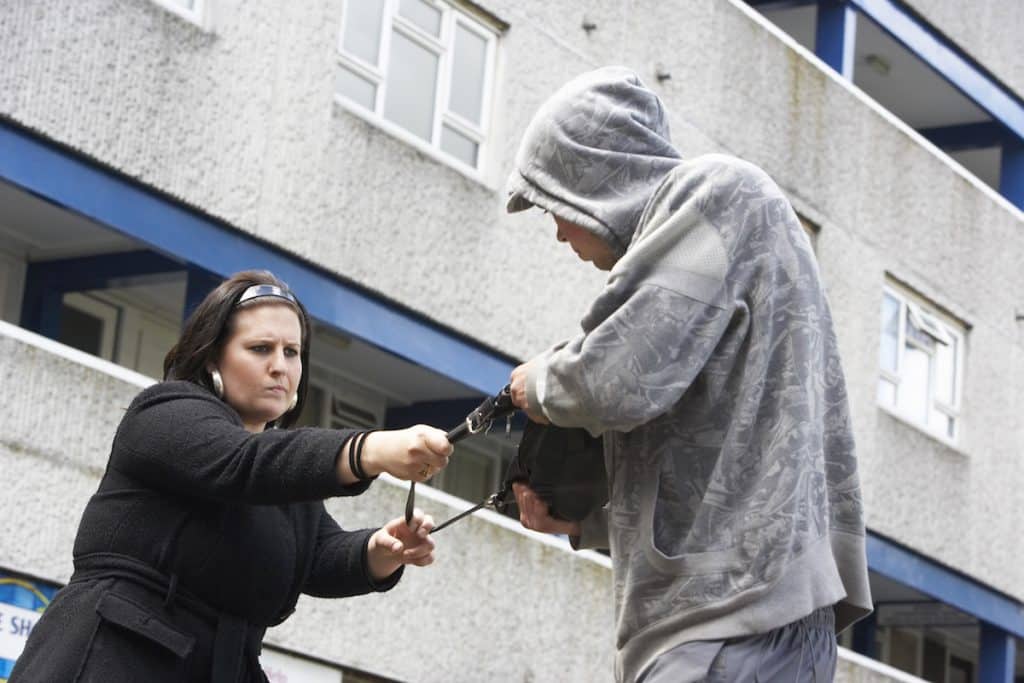 According to the most numbers from the Bureau of Justice Statistics, crime rates continue to fall in these United States. Violent crime and property crime in particular are approaching historic lows, and there’s an argument to be made that we live in the safest period in the country’s history.

However, sometimes trouble come looking for you, and while crime is down some communities are seeing a spike in assaults and mugging. A lot of this has to do with a resurgent drug addiction problem in various parts of the country, adding another layer of complication. So how can CCW holders best respond to a mugging or other robbery?

First and foremost, a reality check: “just shoot them” is, for various reasons, not likely to be the answer. Muggers and robbers do their best to take their target by surprise, so situational awareness is your first line of defense. Likewise, avoiding the fringe areas and marginal neighborhoods where muggers like to lurk is another good step in staying away from trouble. Dark allies, vacant parking lots/parking decks, and poorly-lit side streets are all places to avoid.

If you’re unlucky or careless and get mugged, the important thing is to get out of the situation safely. Your wallet, your ego, your phone—none of these is worth as much as your life. Swallow your pride and just hand them over unless there’s a compelling reason to do otherwise. A significant number of muggers are armed, and if they’ve gotten the drop on you it may be difficult to deploy your weapon in time. Particularly nasty criminals open by shooting or stabbing their victim before taking their stuff—which means your first aid skills may get a workout.

That having been said: if the robber or mugger telegraphs their intentions and you’re legally armed, drawing your weapon may prove the perfect deterrent. How to handle the situation is a question of circumstance and personal morality: I would stop at shooting an unarmed mugger, but faced with a knife or gun my response would probably be much different. The normal rules for a self defense shooting apply: shoot to stop the threat, scan for additional threats, and then either render aid or move to safety and call the police. Whether or not to perform first aid on the bad guy you shot is a lengthy discussion, and we’ve touched on it elsewhere. It’s one of the complex moral questions that comes with CCW, and one to which we should all give some thought.

My research indicates that a lot of folks question whether or not to report simple muggings if no one was hurt. I have to say that I think all crimes should be reported—it gives the cops a chance to make a difference and at the very least gives them an accurate idea of what’s going on in your local. Don’t let pride or ego come between you and doing your civic duty.

Getting a CCW Permit? Do This First