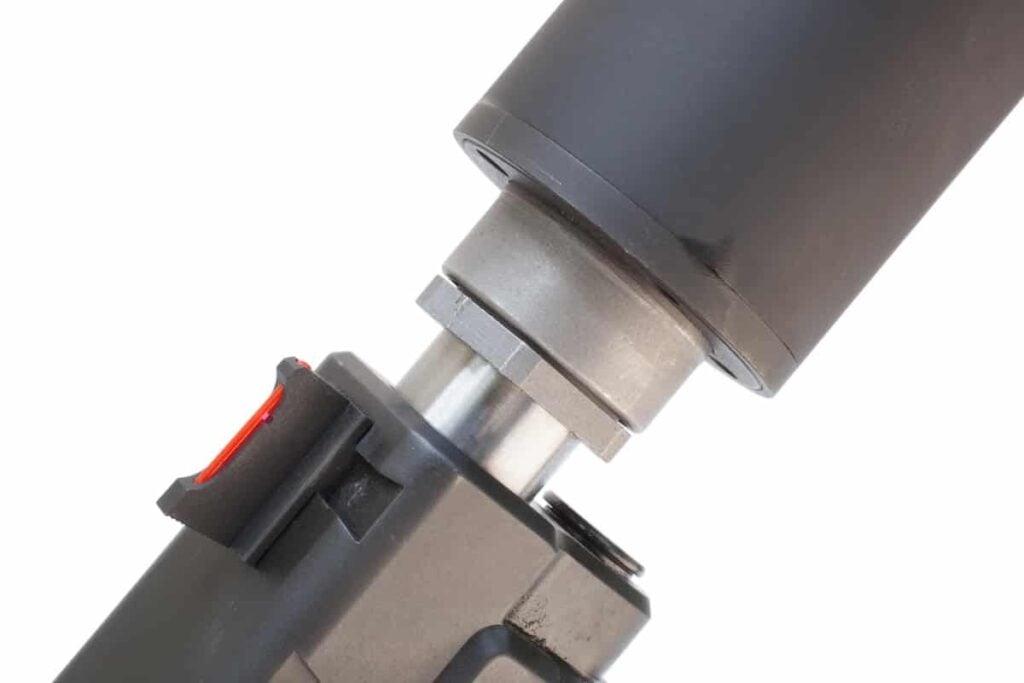 If you were wondering what the next big (non-literal) gunfight on Capitol Hill will be about, look no further than H.R. 367, otherwise known as The Hearing Protection Act of 2017. If signed into law, H.R. 367 would be a huge victory for gun owners who want to use suppressors and not go through the hassle and cost of navigating the NFA’s application process.

The purpose of H.R. 367 is short and sweet: amend section 5845(a) of the Internal Revenue Code of 1986 to strike suppressors (wrongly labeled “silencers” in law and by ignorant members of the media) from having to meet the licensing and registration requirements of the NFA.

Suppressors would then be treated exactly like long guns.

Misinformation about the Act is already out there. Earlier this week the Washington Post wrote a hit piece whose title is sure to trigger (pun intended) the anti-gun thinkers: “The NRA wants to suppress one of guns’ most important safety features.”

The author of the piece, Robert J. Spitzer, knows exactly one thing about guns: they go ‘boom.’ The loud gunfire, Spitzer argues, is the most important safety feature of a firearm because it tells people you are firing at them.

“Absent some kind of cataclysmic hearing-loss crisis by America’s tens of millions of gun owners,” Spitzer writes, “this political push should be recognized for what it is: an effort to provide an extremely small benefit to gun owners that willfully ignores what can happen to others once a bullet leaves a gun barrel. The lifesaving safety benefits of gun noise should weigh far more in the silencer debate. Just ask anyone caught in the vicinity of a shooting.”

Protecting yourself from hearing loss, having less recoil, and generally being more neighborly are stupid reasons to argue for less regulation, according to Spitzer. The fact that criminals don’t use suppressors is simply mischaracterized as proof positive that this gun laws works. He also seems to believe that “silencers” make a gun silent—a common misconception of people who have seen plenty of spy movies but not YouTube videos of people actually using suppressors.

Suppressors do not silence guns, instead they act as a muffler does on a car. And in Europe, which is constantly held up by the Left as the perfect example of “common sense” gun laws (more gun laws, less gun rights) it’s encouraged to use a suppressor.

Bearing Arms wrote up an amazing rebuke of Spitzer’s article as well as a previous Washington Post article that spewed similar lies. One of the Post’s reporters who did know a thing or two about guns even contacted Bearing Arms to write up a retraction. Unfortunately the Post then refused to publish it.

Spitzer did get one thing right; The Hearing Protection Act has the strong support of the NRA-ILA.

“Gun owners and sportsmen should be able to enjoy their outdoor heritage with the tools necessary to do so safely. This bill makes it easier for them to do that,” stated NRA-ILA Executive Director Chris Cox.

I would encourage you to contact your representative in Congress and tell them you support H.R. 367. A large Republican majority in the house and senate gives us an amazing opportunity to get good pro-gun legislation on the president’s desk. While President Trump’s views on the Second Amendment have always been a bit vague, he’s not yet given us a reason to doubt his support of gun rights.

Let us know in the comments what you think of making suppressors easier to obtain!