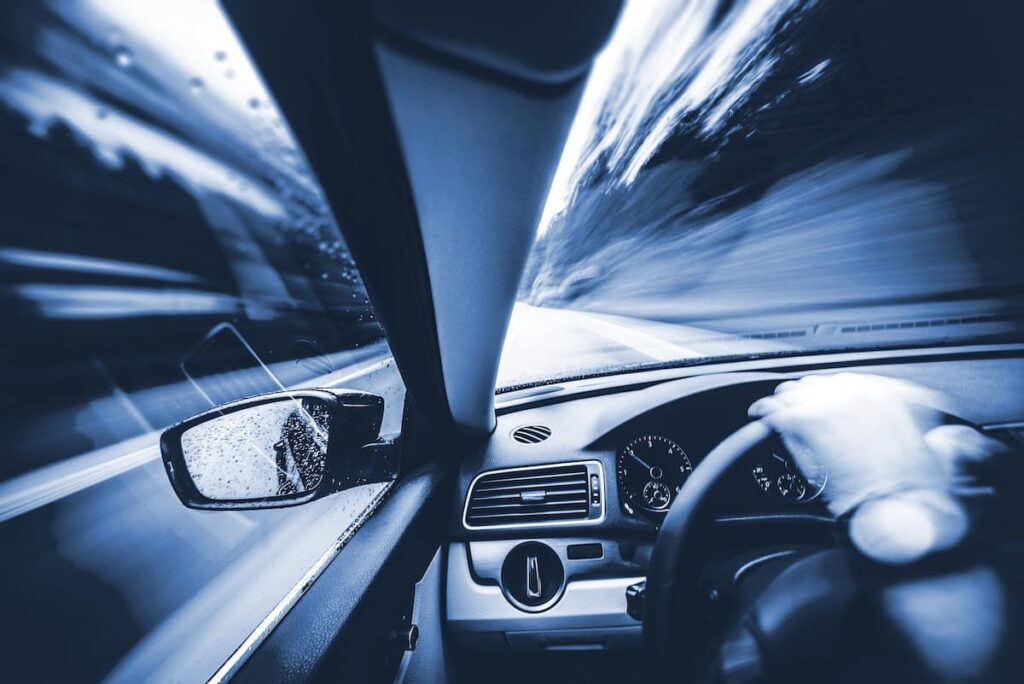 Americans love cars—our 20th century was defined by them in many respects, and they remain a huge part of everyday life in virtually all parts of the USA. With that in mind, it’s not surprising that car theft is an ongoing problem, despite the overall drop in crime over the last several decades.  Carjackings—the violent theft of a vehicle while in use by the owner or driver—is much less common. How much less? Well, here’s the kicker: it’s really hard to find current statistics on carjacking in the United States.

Here’s what we do know, per some research done over a decade ago by the US DOJ:  while carjacking rates are dropping overall, in some cities it remains a relatively prevalent form of crime.  Detroit leads the pack, with roughly 500 carjackings in 2014.  Perhaps most importantly, 74% of all carjackers use a weapon, most often a firearm or a knife.

Carjackings are not the only form of violence you may encounter while driving. A protest or demonstration may turn into a riot, leaving commuters caught between the mob and the authorities, or just surrounded by an out-of-control crowd.  So once again you, your loved ones, and your CCW are caught in a difficult and dangerous situation—so what do you do?

Well, some general rules apply: you’re in a car, and thus mobile. All other things being equal—and I acknowledge that they rarely are—your best defense is your gas pedal. Develop a serious case of lead-foot and get out of there; it’s generally the safer and smarter choice.

But before things get to that point, there are things you can do to protect yourself while driving. Number One with a Bullet: lock your car doors when you’re in the vehicle. Everywhere, every time, no exceptions. Likewise, keep your windows up whenever possible and your seatbelt on. This makes it much more difficult for someone to force entry to the vehicle or to forcibly remove you from it. Carjackers depend on speed, and anything that slows them down also gives them pause to reconsider—a would-be criminal is on the lookout for an easy target. Don’t let yourself be selected as a victim.  If you’re waiting for a light, leave enough space between you and the car in front of you so that you can make an escape. When you park, make sure you’ve got a straight shot at a way out of the lot. And stay vigilant in parking lots; folks tend to get distracted when pumping gas or loading groceries, and “distraction” is every criminal’s cue to strike. Finally, learn the tactics used by carjackers, how to spot them, and how to avoid them.  Throw in some situational awareness and be careful where and how you drive, and you’re much more likely to avoid these kinds of crimes.

On that note: should you be the target of a carjacking, remember that your car is just a material possession and it’s not worth risking your life. I’m not saying you shouldn’t resist or fight back; I’ve written about CCWs, driving, and shooting from a vehicle in the past. I am asking you to keep some perspective and to keep your priorities in mind. The goal is to get you and yours home safe; all else is secondary at best.

So what about the riots and mobs we mentioned earlier. Well, those are much bigger and uglier problems, and your best bet is to get out of the way as quickly as possible. If you can stay with the vehicle safely, do so—a quick turn down a side street can often put you onto a clear route in another direction. Just focus on getting to safety rather than reaching a specific destination. Whatever you were going to do can now wait.  You should also understand that you may need to abandon the vehicle and just make your way through the crowd. Ramming your way through a mob of people raises some ethical concerns, but it also makes you an immediate target for reprisal and that’s something to avoid at all cost. Likewise this is another time to keep your CCW under wraps. You’re not going to out-shoot a mob of dozens or hundreds, and you’re likely to get curb-stomped if you try. Stay calm, keep your head down, and just work your way out of there if you must.

We’ll close with a few notes on the fine art of running away. Escaping a bad situation is common sense, not a lapse in courage, but it does need to be done correctly. Once you’re mobile—either on foot or in the vehicle—your first priority is to get clear of the problem.  For either a criminal assault or a civil disturbance distance is your top priority initially provided you’re not running deeper into the problem. For a criminal situation, get mobile onto a larger street we’re you’re less likely to run into your assailant’s friends. For a riot, things get trickier: forward is obviously out, backward may not be an option due to traffic and your best bet may be to move at 90-degrees to the incident until you can find a clear, high-speed road to safety.  In either event, any peaceful public place filled with people will due until you can get your bearings and assess the situation.  Take a breath, gather some intel and go from there.

I hope this gives you something to think about, and I hope you’ll share those thoughts either via email or in the comments section.