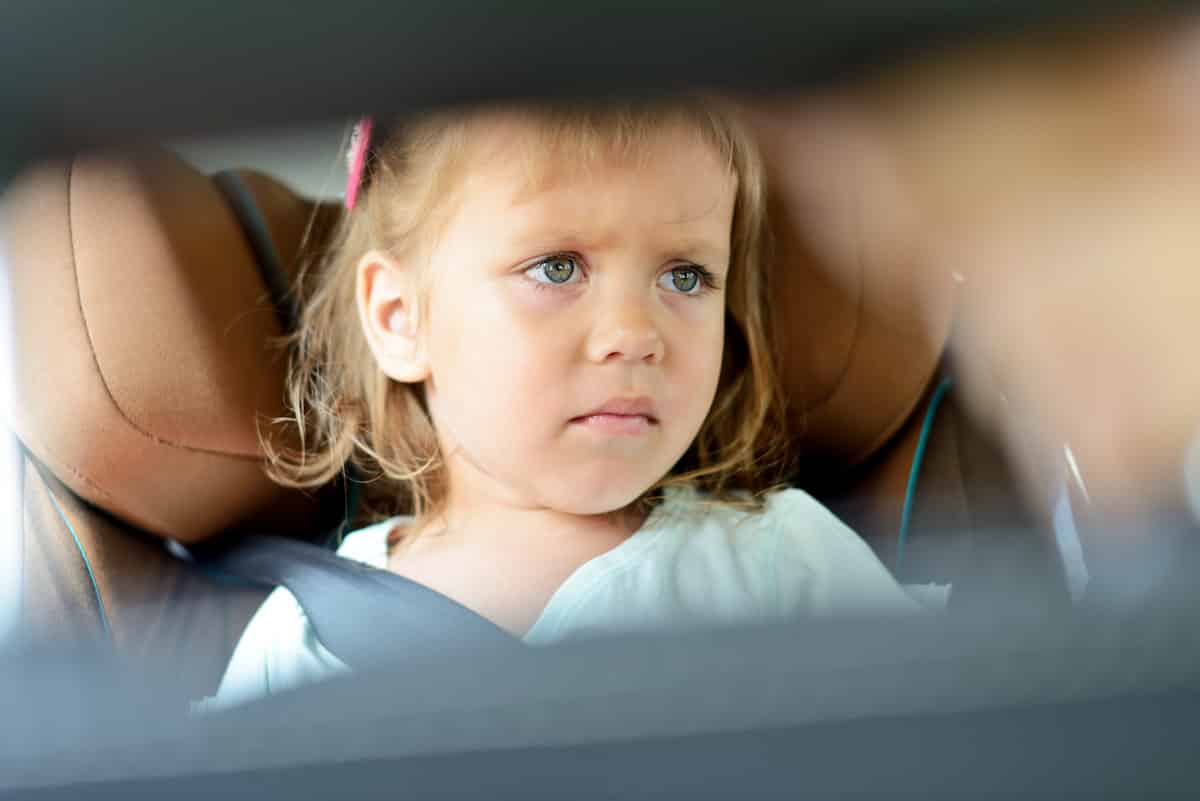 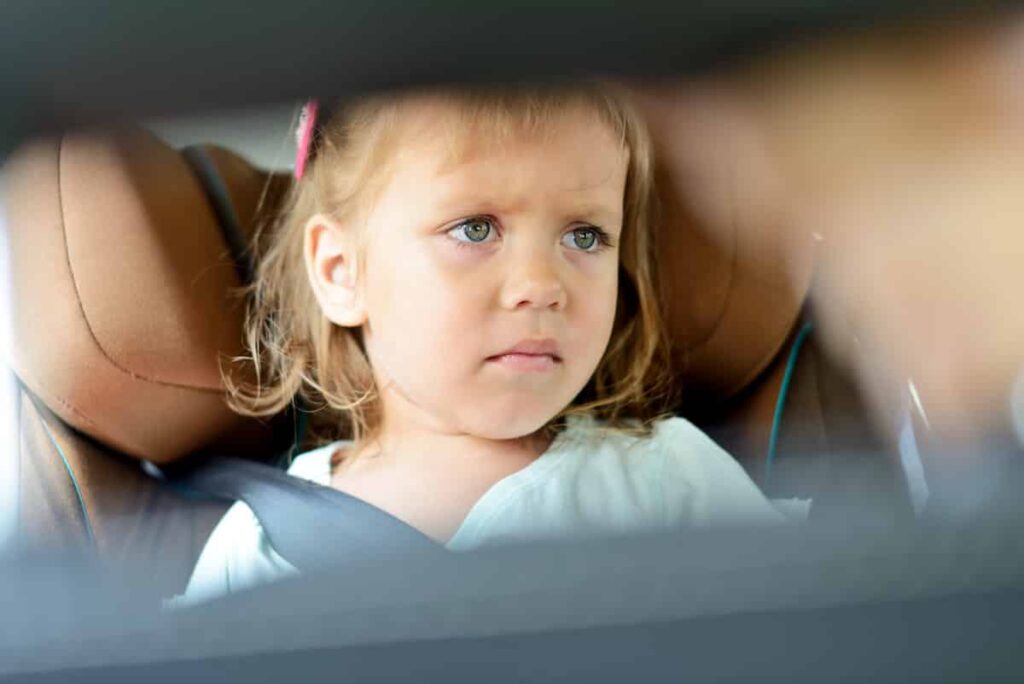 Back in March, a Jacksonville mom was shot in the back by her own 4-year-old son as they drove down the road to the horse farm. An ardent supporter of the Second Amendment and an advocate to raising her child around firearms, many in the gun community were left asking, “what went wrong?”

It’s a teaching point that we bring up pretty often: the relationship between children and guns are a constantly evolving one. And it requires patience, safety, and consistency. Acquainting young children with how firearms operate is a first step to them understanding the ramifications of proper use. But what about parents or grandparents picking their kids up from school, living a busy schedule, and just don’t have the time to dedicate to that relationship?

Hiding your gun in the car so your kids don’t have access to it is, in of itself, a recipe for disaster. You can get a custom concealed compartment installed into your vehicle that’s operated by a keypad or a key FOB but even that’s just an expensive delay to the inevitable. Children have to be educated about guns if they are to be counted on to respect them.

There’s two places a gun should be while you’re in a car with a child:

There is no sense in hiding a gun from a child because that’s a security risk. Your attention will be on getting to your destination safely. Your child’s attention will not be. And as we’ve seen through countless stories in the news, like the event we described with the mother and her son, it only takes one mistake to result in tragedy or damage.

Address The Elephant In The Room Head On

This is a gun. And while it is in your possession, it’s a tool meant to be used to protect you, your child, and your property from harm. You know your child best and how to translate that message to his or her appropriate level of understanding — but that message needs to be there. It needs to be reinforced with both positive and negative reinforcement.

With children, you’re either training them for a bright future in the handling of firearms as tools meant to be respected and used properly or you’re opening them up to the whole other range of possibilities that can result in injury to themselves and others.

As the parent, you get to make that decision.

For Situations Other Than Ideal

We don’t all have rose colored glasses on. There’s a world out there and the situations in which we are faced with as parents sometimes doesn’t always yield the most ideal circumstances for raising a child. Now, more than ever, it’s important to dedicate the time and attention to ensuring your child is competent and capable of identifying a firearm and then identifying the correct course of action.

At the most basic and youngest ages, this may become the best answer. As the child matures, he or she will be more capable of handling nuance. For instance, what if your child is riding in someone else’s car and sees a gun? Does he know that it’s something not to play with?

You may have developed that understanding of firearms between yourself and your child while in the car — now consider the other possibilities and educate accordingly. The life you save may very well be your own.

How about old school, you ever touch a gun without permission you’ll get your a$$ kicked
Just saying, worked for a long time until the “age of whiners” last 10-20 years

“Old School” worked so often and still does . . . and I live by it myself. Great post Green Hornet!

It’s been one yr since I abandoned my office work and that decision changed everything for me… I started doing work online, for this company I discovered online, for several hrs daily, and my income now is much bigger then it was on my office job… Last paycheck i got was for 9 thousand bucks… Superb thing about this job is that now i have more free time with my kids… CHILP.IT/728813e

One year ago I finally quit my last work and I am so happy now… I started to work from home, over a site I found on-line, for several hours each day, and I earn much more than i did on my last job… Pay-check i got for last month was for $9k… Superb thing about this work is that i have more time for my kids… CHILP.IT/728813e

One year have passed since I decided to leave my office work and I never felt this good… I started to work from my house, for this company I discovered online, for several hrs every day, and I earn much more than i did on my previous work… Last check i got was for 9 thousand bucks… Awesome thing about this job is that now i have more free time with my family… CHILP.IT/13548ef

After 5 years I decided to leave my previous work and I never felt so good in my life… I started working from home, over a website I stumbled upon on-line, several hrs a day, and I make much more than i did on my old work… My check for last month was for 9000 dollars… Amazing thing about this is the more free time i got for my kids… CHILP.IT/13548ef

I’ve earned $84 ,000 up to now these days working over the internet and I am only a full time college student . I’m utilizing a business online marketing opportunity I read about and consequently I’ve made such type of decent earnings . It’s undoubtedly so easy to use not to mention I am just too glad that I discovered out regarding it . The possibility with this is never-ending . Here’s what exactly I do>>>
FACEBOOK.COM/Workt-at-home-jobs-US-UK-Canada-Australia-New-Zealand-623131401167324/app/190322544333196/

I’ve generated $84 ,000 to this point this holiday season working over the internet but I am a full time student . I’m benefiting from an online business money making opportunity I heard about and additionally I’ve generated such decent money . It’s really so easy to use so I’m just very glad that I found out about it . The potential with this is never ending . Here’s stuff that I do>>> FL-Y.COM/3kz0

I have profited $104k last year by doing an on-line job and I manage to do it by w­o­r­k­i­n­g part-time for 3 or sometimes more hrs on daily basis. I used a business model I came across from company that i found online and I am so happy that i earned such great money. It’s so newbie friendly and I am just so grateful that i found it. Check out what I did… http://9m­.­no/폩ᥤ

I’ve made 104 thousand dollars in last twelve months by freelancing from my house and I was able to do it by w­orking part-time f­­o­­r few hours every day. I followed an earning model I found on-line and I am excited that i was able to make so much money. It’s so user-friendly a­­n­­d I am just so grateful that i discovered this. Here’s what I did… http://budget25­.­weebly­.­com

“Old School” is the only school that really works.

I’ve generated $84 ,000 so far this season working on line while I’m a full time student . I’m using a web based business money making opportunity I heard about and also I’ve generated such great money . It is actually undoubtedly so easy to use so I am just too very happy that I discovered out regarding it . The potential within this is unlimited . Here’s stuff that I do, please have a look at my account>>>

After 5 yrs I decided to quit my last work and I am so happy now… I started doing a job over internet, for a company I stumbled upon online, few hrs every day, and I profit now much more than i did on my previous work… My last month payment was for Nine thousand bucks… Awesome thing about this work is that now i have more time with my kids… CHILP.IT/8d93f4b

After 5 years I decided to quit my last job and I am so happy now… I started working over internet, over a website I found on-line, few hours daily, and I profit now much more than i did on my office job… Last paycheck i got was for 9000 dollars… Awesome thing about this work is that now i have more time for my kids… CHILP.IT/8d93f4b

Just don’t piss off your kid if she’s packing.

1 yr have passed since I decided to resign from my last work and it was a best decision i made in my life… I started doing work at home, for a company I discovered online, few hrs each day, and my income now is much bigger then it was on my previous work… Payment i got for last month was for 9k… Awesome thing about this job is the more time i got for my family… TINY.PL/g9s36

We have never hid guns around our house, in fact there are likely at
least 3-4 guns laying around in our house and pickups at most times,
including handguns, rifles, shotguns, and “Horrors of All Horrors” what
many would call assault rifles. They are just every day ordinary
things

I have a gun vault in my truck with a wrist band, I swipe it over the vault and the lid pops open, kids can’t touch it.
I know people tell me to wear it on my person while driving, but it’s very difficult when you’re left handed.