by S.E. Rakowski
in Articles, CCW For Women, Concealed Carry
2 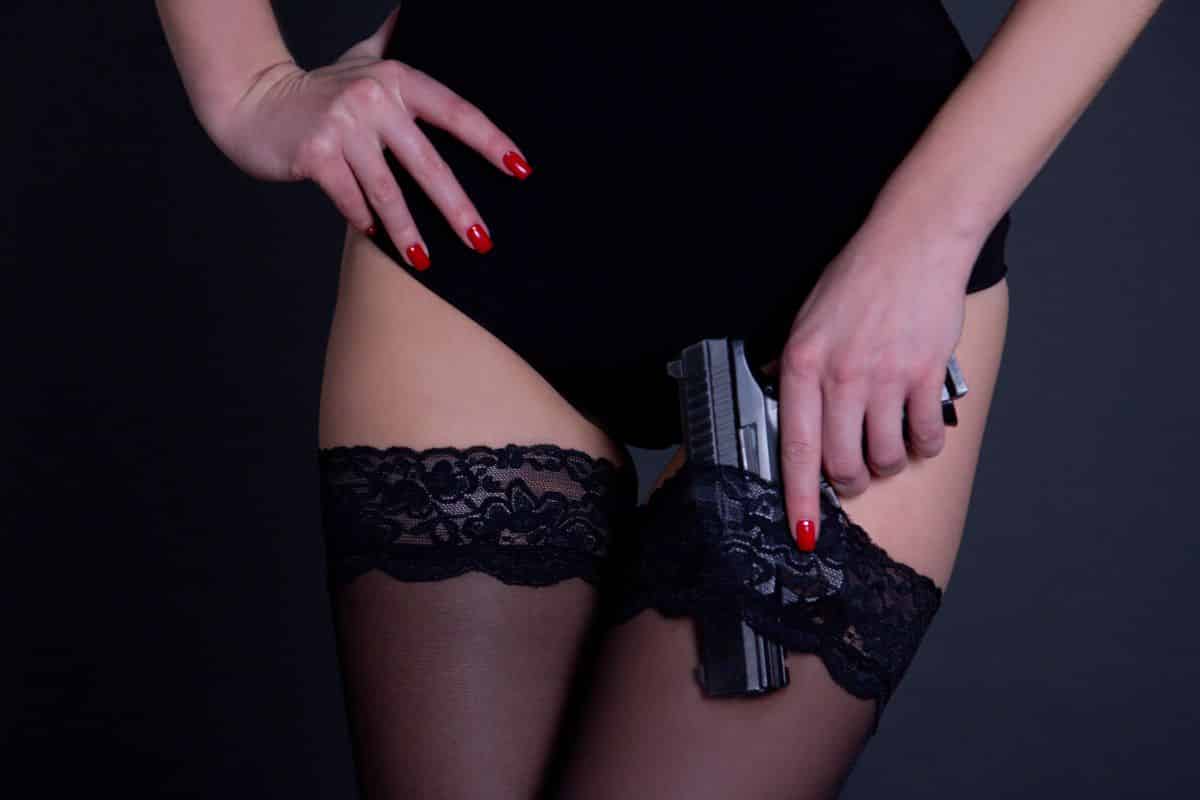 If I were the heroine in an action movie or video game, I’d wear a tactical corset every day.   Unfortunately, I have yet to achieve Black Widow status and thus, I must find a holster that functions with non-superhero attire.  While there are several things to consider when selecting a holster, my main concerns boil down to:

1. Does it hold a gun securely while allowing ease of access?

2. Can I use it without having to wear super baggy clothing?

Obviously, concern number one is concern numero uno for a good reason. If a holster doesn’t keep my firearm in place or it’s a hassle to get to, the purpose of carrying is defeated.

Concern number two is based strictly on my vanity.  I’m not an over-sized t-shirt kind of lady.  When I venture out into public, I like to look fashionable and put together.  Plus, I work in an office. Nothing says “I have no interest in ever getting a promotion” like wearing a hoodie and baggy jeans.

In recent years, the number of products geared toward female shooters has vastly increased. While all holsters serve the same purpose, there are differences between men and women which impact both form and function. Generally, the cut of woman’s pants is not as forgiving as those for men. If my cell phone can’t fit into the pocket of a pair of skinny jeans, the legs definitely are not going to accommodate an inside-the-waistband holster.

I like the idea of the bra holster; it has a certain Foxy Brown badass appeal to it.  On the downside, I don’t think I am adept enough to unholster a gun without a cringe-worthy wardrobe malfunction.  I feel the same about a garter holster.  Big points for the sexy, cool secret agent factor, equal deductions for the possibility of flashing an attacker before he/she realizes they have messed with a sexy, cool secret agent.

The Compression Concealment Undershorts holster is essentially a pair of bicycle shorts with a high-waist belly band.  I like this idea.  First off, it has a shape-wear slimming component.  Secondly, they could worn with yoga pants and keep a gun secured without fear of the passé visible holster line.  My main concern with the underwear holster is an unfortunate bathroom mishap. Picture this, I’m at the range having a great time. I have to pee (probably because I’m on my third cup of coffee). In my rush to get the job done and get back to the targets, I momentarily forget there’s a gun in my underwear.  It slips from the holster and falls into the toilet.  Now I have to dry out my weapon and my friends get to laugh at me for the rest of the day. Not ideal. Side note – there are also fancy underwear holsters for men.  A quick Google search reveals a variety of options. Warning: images are NSFW.

I could purse carry.  A stylish handbag certainly fulfills requirement number two, its requirement one that concerns me. In the event I need my firearm, I don’t want to be struggling with zippers and rummaging around to get to my gun. Plus, one of the things women are on alert for is purse-nappers.  Having someone snatch my Vuitton and dealing with the hassle of canceling my cards and whatnot would piss me off, especially if I actually had a Vuitton. That frustration is nothing compared to the utter anxiety and rage I would feel if someone stole my purse and a loaded gun was in it.

Finally, there is a fanny pack holster.  This gives me flashbacks to the ‘80s and awkward family vacations.

Sigh. I guess the only viable option is the tactical corset.  Its time to start seriously applying for super-hero jobs. …or, I could be reasonable and keep shopping until, like a well-armed Goldilocks, I find the perfect holster.

Choosing the Right Pocket Holster—and Getting The Most Out of It!