Choosing the Right Pocket Holster—and Getting The Most Out of It! 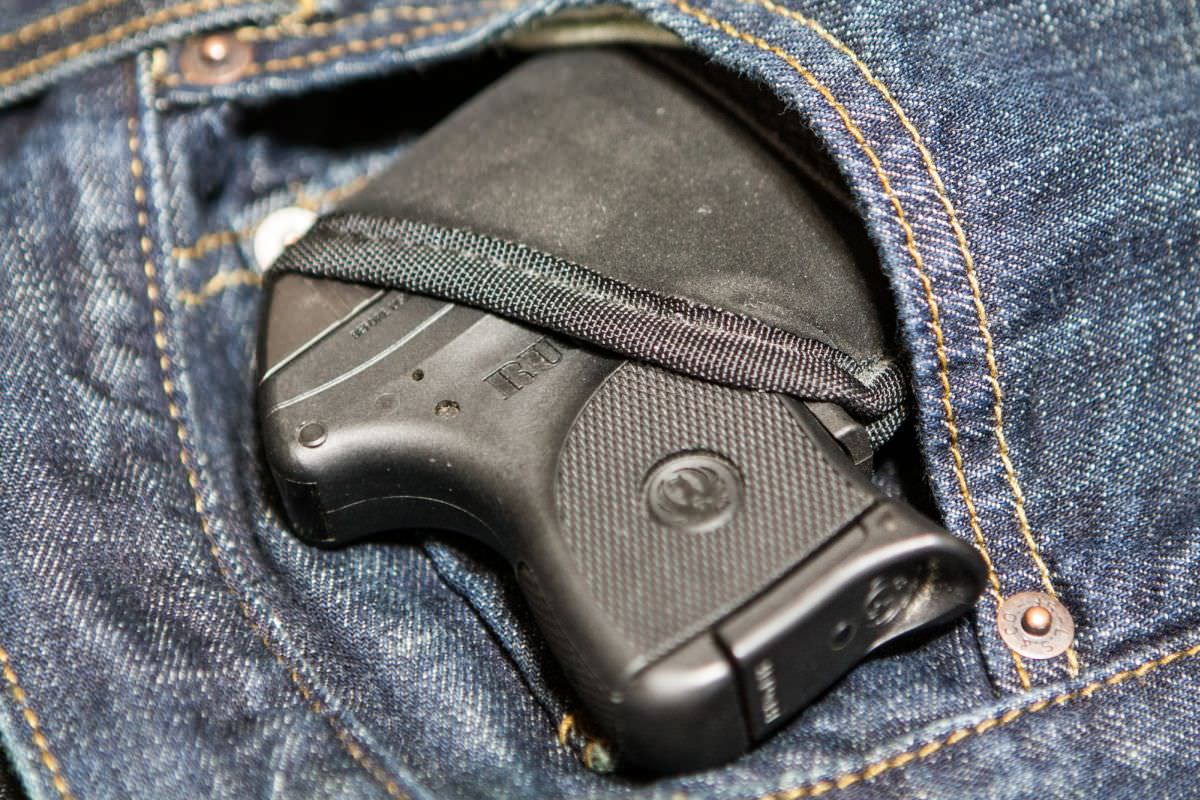 This article is a response to some of the emails I’ve gotten from readers over the last few weeks, so let me start by saying thanks to Bill for his input.  Many of you are interested in or using pocket holsters, chiefly for small pistols chambered in various calibers. USACarry already has some fine articles about the use and selection of such holsters, and I’d encourage you to check them out. I’d like to take another approach and talk about how pocket holsters affect CCW training and tactics.

The articles I suggest above discuss this at length, but I’ll recap it here: find a quality carry system that fits both you and your gun. Something too large will print inside your pocket—as well as being overly uncomfortable. Something of poor quality may fail when you need it most, or become a safety issue during regular carry. There are a lot of choices, but take the time and spend the money.

Drawing from a Pocket Position

Relatively few of us practice drawing our CCW as much as we should—I’m as guilty as anyone. This is especially risky for pocket holsters, which are a bit slower to draw and require a few more steps in the process. I think the most common approach to drawing—and the one I use—starts by making your fingers into a blade (like a karate chop; remember when you were eight?) and driving it fingertips first into the pocket. As the hand makes contact with the weapon, the fingers curl into position and begin the  draw.

Now that you’ve got the weapon in hand, things change a bit. Conventionally, most of us draw and then flow into our shooting stance—Weaver, Isosceles, Isosce-Weaver; you take your pick. Things change a bit with a pocket pistol, which often comes into play when things are getting up close and personal. I recommend practicing the draw with that in mind—at least some of the time. My approach assumes that the bad guy is either nearly on top of me or closing fast, so as I draw I angle my body so that my off side is toward the bad guy, arm up in a guard position. The gun arm comes up against my ribcage, with the muzzle pointed at the threat. Be mindful not to sweep yourself or any bystanders during this process. It’s a fairly intuitive draw, but it benefits from a bit of practice. Your putting yourself in a position that both protects you from threats during the draw itself while allowing for weapons retention once the firearm has been deployed.  These are critical skills, so drill them till you can’t do them wrong.

Pocket holsters aren’t your only option. While I discourage anyone from shoving a bare gun into a normal pocket, specialty clothing with dedicated gun pockets is available, and might be something to consider for devotees of pocket carry.  The last few years have seen a growing number of small-frame pistols with either integral or after-market belt/pocket clips.  I strongly oppose these for everyday CCW because the trigger remains uncovered. For me, that’s a deal breaker—it’s simply too easy to imagine a series of circumstances in which the trigger depresses unintentionally. Even a simple trigger cover takes care of this concern, and I recommend exploring that option.

As with all things, personal tastes and needs count, and a level of experimentation is required. Please share your experiences and recommendations in the comments or via email. Until then, stay safe out there.