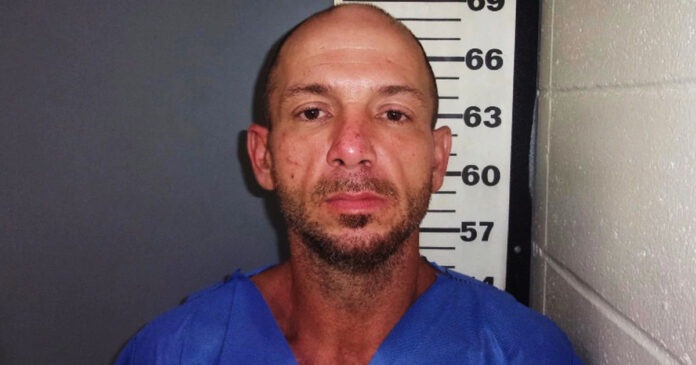 The Covington County Sheriff’s Office arrested Timothy Ray Jordan, 40, after being forced out of the home of an armed 95-year-old homeowner.

Jordan broke into the Alabama home by shattering the back door’s glass, which woke up the homeowner.

The senior citizen armed himself and caught the suspect ransacking his kitchen. He then ordered him out of his home. The suspect fled while the homeowner called 911.

Police caught the suspect on an adjacent road at another home to which they discovered he had burglarized that home along with two prior, including the senior citizen’s home.

“The victim protected himself and his property from a career criminal. The victim was at a disadvantage physically, but his weapon enabled him to protect himself. The investigation revealed that Jordan fled the residence because the homeowner had armed himself. Thank God this had a good ending, and the victim should be commended on his courage and quick thinking,” Sheriff Blake Turman said.

There is no age limit on defending your life. With the suspect’s burglary spree, who knows how long he had been spying on the home and noticing the elderly homeowner.

This demonstrates how criminals will prey on those who seem defenseless. Ironically, the presence of a firearm is bound to make cowardly criminals flee for their own life.

Situational awareness, of course, is not that accessible when you are sleeping, but we should always make sure we are best prepared when caught off guard. This means knowing where and how accessible your home defense weapons are in urgent need.