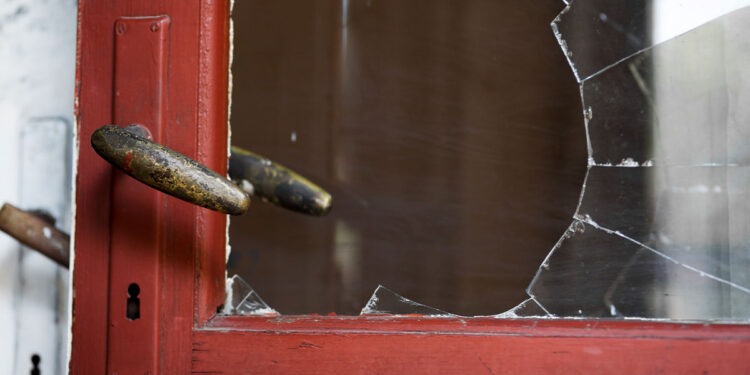 A South Carolina homeowner caught and shot a man crawling through a broken window on his front door early Saturday morning.

Police responded to a 911 around 3:30 AM this past Saturday in Adams Run, SC. Adams Run is an unincorporated community about an hour and a half outside Charleston, SC. Shortly before the 911 call, two residents in their 60’s, awoke to the sound of glass breaking.

The sound was one of the window panels on their front door being broken by a 37-year-old man. The male homeowner armed himself and found the intruder crawling through the hole where the window was on the door. The homeowner then fired at the suspect hitting him in his left arm.

The man was transported to the hospital and treated for non-life-threatening wounds. He was then charged with first-degree burglary and cocaine possession.

The suspect told police that he was fleeing a nearby party and had recently taken drugs.

Whether this was intended to burglarize the home or if he was high on whatever drugs he took and thought it would be a good idea to break into someone’s house doesn’t matter. If you break into someone’s home, then you risk the chance of being shot. The couple that lived in this home had every right to feel that their life was threatened after hearing a window break and a stranger crawling into their home.

The police did state that neither victim was harmed and that they would not be charged.