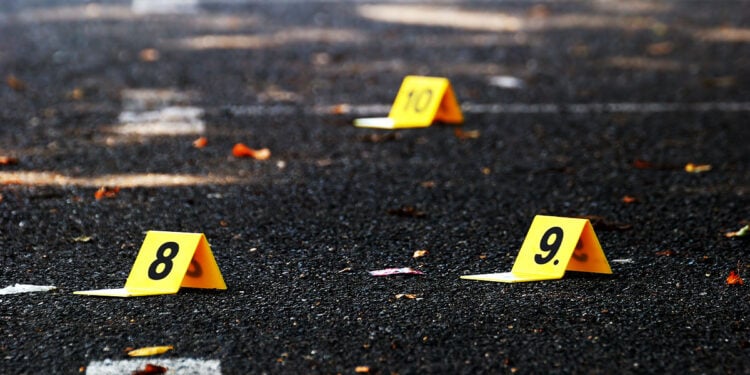 In the past several years, there has been an escalation in scrutiny of law enforcement-involved uses of force. This has, inevitably, put many episodes of civilian self-defense shootings in the spotlight as well. While a thorough review of all law enforcement involved force is warranted, it is obvious that many incidents, which have proven completely justified, have been the focus of politically motivated outbursts. Most often, this syndrome involves police officers, but there have also been cases of citizens receiving significant public attention in the wake of a defensive gun use. We all know these incidents and the mass attention they have received, some dominating the headlines for weeks.

One issue that often arises following a use of force is the number of rounds fired during the event. Again, law enforcement has been the usual recipient of such scrutinization, but it is an issue that citizens should be cognizant of. There have been many self-defense shootings in which an inordinate amount of rounds have been fired, often involving multiple police officers firing at a single suspect. There have also been plenty of incidents in which a single officer has fired at a single suspect many times. There have been many incidents in which bystanders have been struck by stray rounds during such events. The reality is that many rounds fired that fail to gain the needed effect in neutralizing the threat open the defender up to a new avenue of legal attack and detrimental public attention. There are many such incidents which clearly display careless or incompetent shooting. However, there are also incidents that required many rounds fired, legitimately so, but the optics still look bad. This is a consideration.

There is no doubt that this syndrome has escalated with the wide adoption of higher-capacity firearms among law enforcement. Back in the days of revolvers, most police officers realized they had only six rounds, followed by a slow reload. I am by no means arguing that police and citizens alike should go back to using revolvers. I am, however, going to remind the reader that many of the great gunfighters of the 20th Century, who killed more bad guys than contemporary cops can even fathom, did so with revolvers. Guys like Charles Askins, Bill Jordan, and Jim Cirillo got it done, over and over again, with limited-capacity guns. Why? Because they made hits that count. Seventeen rounds in a pistol does no good if none of them land in parts of the anatomy that terminate violent action.

A justified self-defense shooting should be considered as such no matter how many rounds are fired, and likewise, a use of force that is not justified should be deemed so regardless of round count. However, the general public remains completely ignorant on the details of defensive shooting, and there is no escaping the fact that the optics of a high round count defensive gun use look bad. A shooting that requires thirty-two rounds fired, only several of which connect with the target, and the rest fly into the night looks a lot worse than a shooting that is finished in three rounds fired. Even if all other considerations are equal, there is no escaping the appearance of the situation, and I believe the armed citizen should train accordingly.

The Accuracy Requirement for Self-Defense Shootings

There are few locations on the human body that will actually terminate the actions of a determined threat. Some of the best training I have received regarding this unpleasant yet necessary topic was in a class that I recently attended called First Responder Pistol, taught by Darryl Bolke of Hardwired Tactical, who is a veteran of law enforcement. I highly recommend this course. Bolke explains that the only regions of the body that seem to guarantee a rapid stop is the high-center chest and the brain, and both target areas are roughly the size of a small grapefruit. Short of placing rounds in these body locations, a determined threat will keep fighting for a longer period of time. Many reading this article are likely deer hunters. As you know, only a precise hit in the boiler room will quickly stop a one-hundred-and-fifty-pound deer, and that is with a high-powered rifle. Imagine the limited effect of a handgun round unless it goes directly to one of these small target areas.

This excellent training class focuses on shooting with that kind of accuracy. This accuracy standard, in my experience, is significantly higher than most law enforcement officials or concealed carriers are used to. Even very good competition shooters live in a world that looks at an eight-inch circle or roughly six-by-eleven-inch box. Such targets are much larger than the required zones for making bad guys stop quickly. A realistic approach to defensive shooting needs to focus on more realistic accuracy standards as only precise gunfire will terminate a determined threat and minimize the liability of hitting bystanders.

Most often, self-defenders empty their magazines at a high rate of fire and just hope for the best. Such a habit significantly ups the likelihood of hitting bystanders, and it also results in many ineffective rounds fired. This is a consideration for the concealed carrier. First, as should be self-evident, a lot of misses means that the threatening entity is still active, likely trying to kill you or other innocent people. Neutralizing a violent attack quickly is paramount. In the aftermath of a self-defense shooting, the optics of many rounds fired, with many misses, or worse yet, an injured or dead bystander, there will be more legal and public scrutiny of the event. Train to shoot at the small target areas that win fights quickly, and train to only fire rounds that you can account for.

While it, perhaps, should not matter how many rounds are fired in a legitimate defensive shooting, reality holds, and many ineffective rounds fired is not efficient, and it does not look good. It also endangers the public. Therefore, let’s train the right way.

I highly recommend training with Hardwired Tactical as their curriculum focuses heavily on addressing this issue.

Dry Fire Tools I Travel and Fly With

Dry Fire Tools I Travel and Fly With