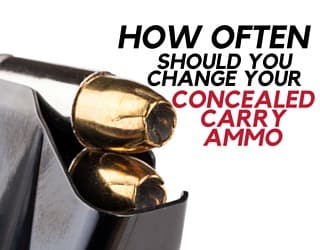 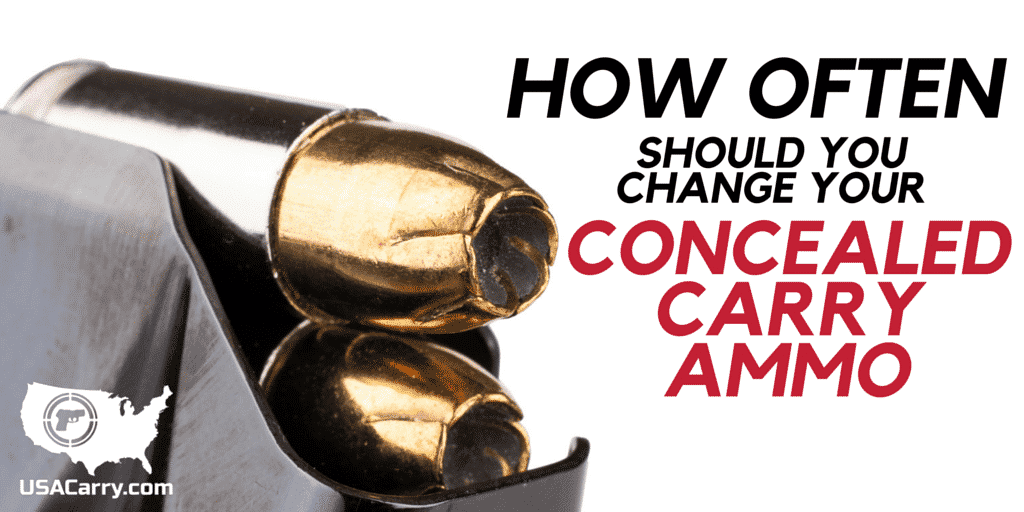 Modern smokeless ammunition is made to survive a great deal of stress and torture before failing.  Let’s start off by defining what failure means for a concealed carry bullet in either a magazine or the chamber.

Failure is limited in this conversation to:

Failing to feed can sometimes be more the mechanics of the pistol itself rather than the bullet but it nonetheless causes a bit of stress for the concealed carrier.  Failure to eject can sometimes be traced back to the ammunition used because surplus or substandard ammunition casings may get caught in the chamber either prior to firing or afterwards.  This is known as a “jam” and it’s usually easy to correct.

What Are The Symptoms Of Over-used Bullets?

Seems silly, right?  Is there such a thing as an overused bullet?  Strangely enough, let’s put this in context of your everyday concealed carry pistol.  If you carry with one round in the chamber and a full magazine loaded, you’re probably also carrying defensive JHP or similar — not FMJ stock surplus.  That means when you go to the range, you’re probably ejecting out that defensive round and putting an FMJ in when you go to practice.  You’re also cycling through FMJ vice your normal defensive rounds because – heck – those things are expensive.

So already, that round that you always throw into your chamber as the X+1 capacity is taking a regular beating from that upper receiver.  Depending upon how you load that round, how much tension is in that recoil spring, and how heavy the upper receiver is — that bullet casing is taking progressively more and more wear and tear.  The backplate of the bullet casing also protects the primer.  A primer is a real easy, innocent thing.  Something sharp hits it – it detonates.  So the more worn down that backplate of the bullet casing gets, the more exposed that primer is.

Will this affect you if you leave the same round in the chamber throughout a 3-4 month cycle?  Probably not.  Heck, there’s probably been people who’ve had the same round in their concealed carry pistol for a lot longer with no ill effect.  In general, the only real recommendation we can make is try to cycle out that round every month.  So if one jacketed hollow point seems to get loaded every single day — switch it out with another JHP from the same magazine.

How Often To Switch Out Magazine Ammunition?

We’ve been asked how often should someone cycle out the ammunition in his concealed carry pistol magazines.  The short answer is – arguably never.  Unless that ammunition is exposed to abnormal conditions, it should be fine.  It’s recommended that during your monthly operator maintenance of your pistols, you fully unload any loaded magazines and test spring retention on the magazine itself.  This will also give you an opportunity to inspect the rounds to ensure they’re fit for service.

Following on from a previous point, this is also a great time to switch out your primary chamber round with another from the same magazine.