How to Train for Stress Inoculation 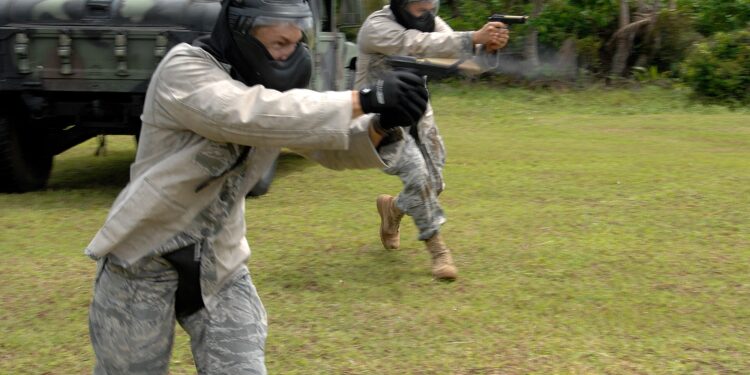 In the self-defense community, we talk a lot about “stress inoculation.” The idea here is to train in a way that we can induce artificial stress so that we can learn to perform our defensive skills under such stressful conditions. Outside of military combat veterans and very few law enforcement officers, most people do not see enough real fighting to gain stress inoculation from real violence. Therefore, we seek to do this through training. While no amount of artificial stress can duplicate that of a real violent encounter, we know that training, particularly the right kind of training, engrains skills to the point that they can be performed even when things go bad for real. What sort of training inoculates us to stress?

While taking shooting classes is essential for gaining the correct technique in gun handling and marksmanship, they provide very little stress inoculation. Even when an instructor pulls out the timer to “put you under stress,” sorry, this does not do enough. If you have taken a few good shooting classes, how should you proceed on your training path to gain some stress inoculation and pressure test your skills?

The first step I recommend, and cannot encourage this enough, is to shoot a few competition matches. In particular, the handgun action shooting sports. Choose either IDPA or USPSA. If you have never shot a match then you probably think you have shot under pressure when an instructor timed you for a drill in front of the rest of the class. If you think you were forced to perform under stress then, just wait until you shoot your first match. The self-imposed stress to perform is an incredibly beneficial experience. Don’t listen to the keyboard warriors that say competition will engrain bad habits and get you killed in the streets. A match is just a game and you will treat it as such, but it is a game that pressure tests your shooting skill like nothing else.

Also, a match will pose the most complex shooting problems you have ever experienced, and it forces you to think with a gun in your hand. Your brain needs to focus on the stage so your shooting and gun handling must be second nature. The stress that a match induces is, of course, not the terror experienced in a violent encounter, but it is a stress level that will force you to maintain your cool under pressure; truly a valuable experience for anyone who wants to hone their shooting and gun handling skills to a reliable level. There is no compromise for shooting at least a little bit of competition.

The second step in building stress inoculation is to do some quality scenario-based force-on-force training. Preferably, seek out force-on-force done with simunition guns. Going into a simulated fight against good role players, using gear that provides some pain penalty, is invaluable. The benefits of this kind of training go beyond just stress inoculation; force-on-force teaches you how fast a human adversary is, and it also teaches you how unpredictable chaotic situations are. Seek it out and partake in this kind of training. Skip the next carbine/vehicle/operator/nightfighter fantasy class that teaches you skills that you will never use as a civilian and instead do force-on-force scenario-based training. Going head to head against humans that shoot back is the ultimate pressure test, even if the shooting only hurts rather than kills.

Third, and this one costs you nothing except some time and concentration, is to do some visualization exercises. Simply doing “if/then” thought exercises actually inoculates you to stress. Your body does not have to go through an experience for your mind to get familiar with the event. Doing good mental scenarios that are realistic and thorough can put you, step by step, through an event that will further prepare you mentally for the real thing. Throughout history, you will find that the famed gunfighters performed at an astonishing level of skill even in their very first gunfight. Why? One reason is that they had already been there a thousand times in their mind.

When in any of the public locations that you frequent envision what could happen and how you would respond to it. At the gas station, at the restaurant, in the parking garage, what could happen? How could it happen? Who else would be around, where are the exits, where is the cover, how would you respond? These thought exercises should not be James Bond type fantasies but should be a realistic analysis of what is possible, and how you would react. Such “if/then” war gaming builds your preparation and actually does provide stress inoculation.

Consider these three suggestions. Shooting at paper is fun, and running around in body armor with a carbine in a weekend warrior class is entertaining, but some competition, force-on-force, and visualization will do far more to prepare you for performance under the stress of a fight.

Virtues of a Good Holster

Virtues of a Good Holster