How To Use A Flashlight To Disorient An Opponent 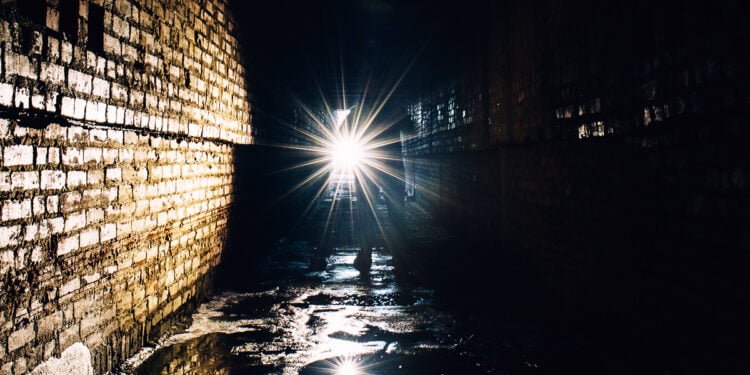 We generally look at flashlights just as instruments we need to see in the dark. However, if you’ve ever had the lights snapped on all at once while you’re in a darkened room, you probably were a bit disoriented. That’s an effect of going from low light to relatively abundant light. And this effect gets even more disorienting as the pulse and intensity of the light increases… So much so, the U.S. Army studied it for a potential non-lethal system.

So, how can you use your flashlight to disorient your attacker?

One of the most disorienting aspects of directed light is its strobing effect. Every light bulb or LED produces light at an interval so fast our human eye can’t detect there are interruptions. We just see a continual stream of light and think nothing more of it. When that same flashlight goes into strobe mode, the light alternates from “on” to “off” at a rate our eyes can detect. Unfortunately, biologically, we’re designed to adjust to whatever light conditions we’re presented with. Our pupils contract to restrict the amount of light we let into the lens in a luminous environment. In a low-light environment, they expand to allow more light to enter. When the luminous environment is rapidly alternating, it can affect our autonomic central nervous system in ways still being studied.

One effect that we do know is that by strobing a light very quickly, a person caught in its beam will generally be more visually disoriented. Picking out objects behind the beam of light becomes increasingly more difficult. Sight is a necessary requirement for aiming or plotting the trajectory of an object. Our brain naturally uses our ears and eyes to establish a balanced equilibrium with our environment.

Strobing a light can disrupt this equilibrium and knock your opponent off balance.

For the best effect, if you’re able to hit your opponent in a darkened area, you stand the best chance of disrupting him. You can use this advantage to either press your attack, attempt to hold until police arrive, or ideally run.

If you have a very bright flashlight, you can shine it into your attacker’s eyes. This will force his focus to be taken off of you temporarily. He may take a more defensive stance initially or even freeze up – both ideal for you taking charge of the situation.

You probably don’t think your flashlight is an ideal hand-to-hand combat tool. While it may serve some passing improvised qualities as a blunt handheld object, chances are pretty good it wouldn’t be your first choice if you had to choose something you’d want to fight an attacker with.

Funny enough, a very bright flashlight is actually a terrific tool – much akin to taking a can of pepper spray into a fight. It can continually be used to disorient and distract your attacker every time he presses in. Any time you force him to look away, you have an opportunity to strike. His alternative is either to close his eyes or back away.

You can use a flashlight as a non-lethal tool to gain a psychological advantage over your attacker. Use it wisely.