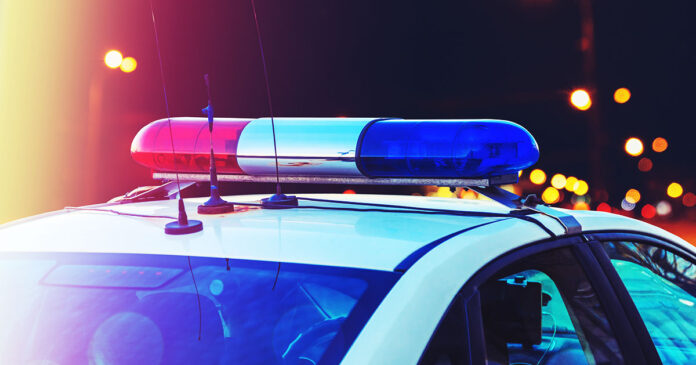 The scene began when Tracy called Frank to alert her of an intruder in her home, police later discovering she was high on methamphetamine when she made the call. Investigators also found out the wife and Amacker were in a relationship for over a year, allowing him to live in the home unbeknownst to the husband.

The husband armed himself as he went back into the home, shooting at the then-apparent intruder, Amacker, who was also armed with a firearm.

Both men were struck, Reeves in the chest and Amacker in the leg and elbow.

Paramedics took both men took them to the hospital. After being released from the hospital, the boyfriend was arrested and charged with attempted murder, possession of a controlled substance, and possession of a firearm with an altered serial number. Amacker is a convicted felon, and ICE charges are forthcoming. Reeves is expected to recover.

When Tracy had gone in for questioning, authorities stated she appeared to be high, and a search into her vehicle discovered meth. Police booked her into jail as well on a charge of possession of a controlled substance.

All in all, the husband shot at a man who, in a sense, was unwelcome, albeit the wife was high when she made the call. Still, the boyfriend was a threat to the husband as he was responding to the alert of an intruder.

Another lesson here is that you are putting your life at risk every time you decide to insert yourself into a situation or use a gun in self-defense. Would the smarter option here have been to call the police to come to investigate the intruder? If the husband had done so, he might not have been shot.