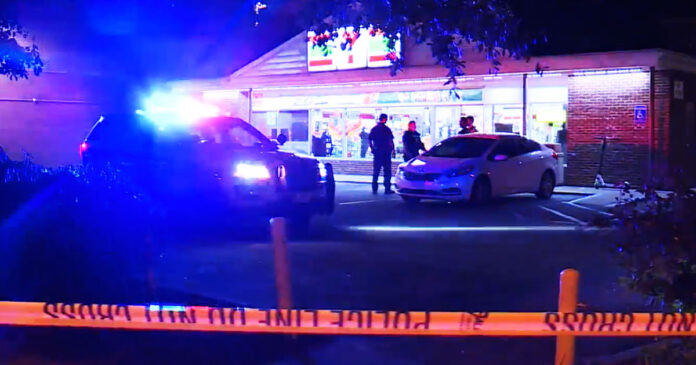 In Norfolk, VA, Javier Garcia, 28, attempted to rob a 711 and was shot by the store clerk.

Norfolk Police responded to a convenience store close to midnight on August the 16th, where they found Garcia with a severe gunshot wound. Police reported that it appears the store clerk shot Garcia when he tried to attack him with a screwdriver in an attempted robbery.

Garcia was taken to the hospital and later died from the gunshot. The case was turned over to the Office of the Norfolk Commonwealth’s Attorney, and no other details were available.

Remember to maintain as much distance as possible between you and the attacker when an altercation arises. The more space you have, the more time you have to react.

In the movies, we always see the store owner reach under the counter and grab the shotgun he has hidden, but this is not a movie. It’s real life!

Businesses like convenience stores and liquor stores are common spots for robbers to strike for many reasons, including late-night hours. You might think under the counter or in a drawer is the perfect spot, but realistically, it will not be easy to access when you need it the most. Murphy’s Law states: If anything can go wrong, it will.

Many businesses are staffed by one, maybe two employees, so they wear multiple hats and are not always behind the counter. Working alone also makes them an easier target. Your gun is worthless if you are stocking a shelf or taking out the trash and cannot get to it.

If you are going to own a handgun for personal protection, it needs to be on you, easy to access, and comfortable to carry. If carrying your firearm is not comfortable, you are likely to leave it somewhere that may make it impossible to retrieve.

Remember to practice the skills needed to safely get your gun unholstered and be a responsible gun owner.

Don’t bring a screwdriver to a gun fight.