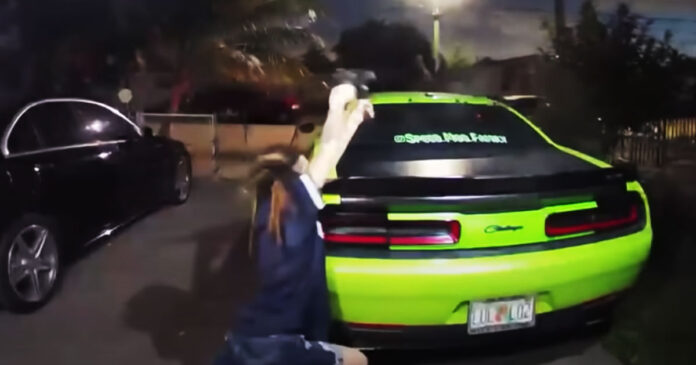 I came across this video on my Facebook feed today, and I was amazed when I saw the footage of this gunfight. Three young men showed up at a woman’s house who sold exotic dogs. But instead of buying a dog, they have something else in mind.

It is unclear what exactly their plan was. One of the men grabbed the woman around the neck and held her at gunpoint. Her girlfriend, who was there during the robbery, said they were trying to drag her outside.

At some point, she must have gotten free, or the men let her go and took off with two of her dogs worth $4,000 each. As they fled the scene, they shot at the women. The attacked woman grabbed her gun, ran outside, and began blindly firing at the fleeing men. In the video, you can see at least 12 rounds fired, holding the gun over her head while ducking behind the car. You can see the men were still firing at her when a round hit the house right behind her. 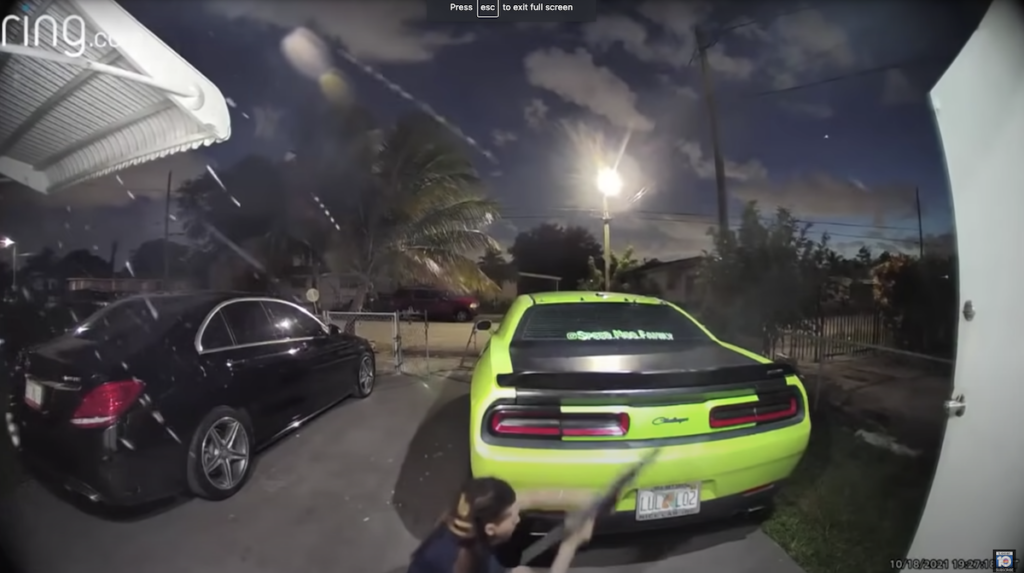 Investigators said that she was defending her home and will not be charged. I get that the suspects were firing back at her, but they were fleeing, and she went outside to engage with them. I think the better decision in this situation is to stay inside, move to a safe room and call the police.