A Case Against Intervening In Shoplifting 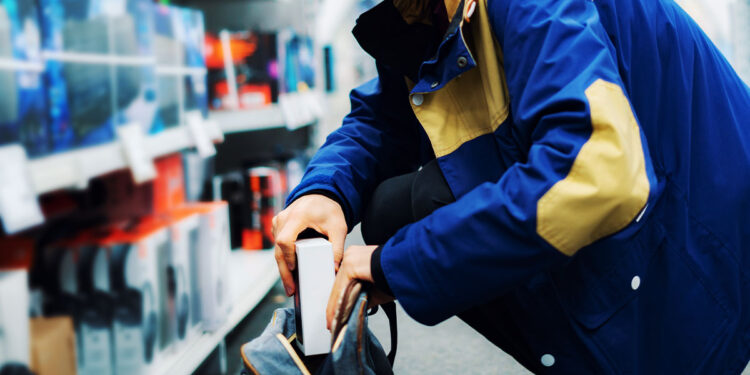 One of the most common tropes of an armed citizen going beyond the pale is a zealot who opens fire on a shoplifter or other petty criminal. Not intervening in armed robbery; intervening in retail theft.

Let’s talk about why that’s a bad idea.

Bear in mind that this isn’t to say retail theft or shoplifting or, indeed, any kind of theft is morally permissible, should be tolerated, or what have you. That isn’t it. This is to say that you, the armed citizen, should think very hard about what you get involved in. Here’s why you might want to steer clear if you should see retail theft occurring.

Using Lethal Force Can Have Consequences

On Nov. 30, 2022, Kevin Jackson Sr. was arrested in Dallas, Texas, for shooting a shoplifter struggling with employees at a Family Dollar store. The shoplifter was confronted by employees for shoplifting, and Jackson is alleged to have shot him as he tried to flee the scene.

The suspected shoplifter collapsed outside the store and succumbed to his wounds.

In 2015, one Tatiana Duva-Rodriguez of Auburn Hills, Mich. (a suburb of Detroit) fired several shots at two men who stole some items from Home Depot to prevent them from getting away. Luckily, no one was hit, but she was charged with reckless use of a firearm.

Duva-Rodriguez was lucky. She pled no contest to the charge, a misdemeanor, and was sentenced to 18 months probation, and her concealed carry license was suspended until 2023.

In October 2018, Michael Dunn of Lakeland, FL, confronted one Christobal Lopez, who was attempting to shoplift a hatchet from Dunn’s store, Vets Army & Navy Surplus. Lopez tried to flee. Dunn grabbed him, resulting in a struggle.

During the struggle, Dunn drew his pistol and shot Lopez, who died at the scene. Dunn resigned his position on the Lakeland City Commission and, in May of 2022, was convicted of manslaughter.

Granted, nobody knows what Lopez was going to do with the hatchet after stealing it, but it’s still the case that he was only engaging in a minor theft. And it’s not like most surplus stores stock Brant & Cochran axes. Most of the time, the best they have is maybe an Estwing.

The same month Dunn was sentenced, a 70-year-old man in Gig Harbor, WA, was arrested after shooting a 40-year-old man at a Safeway whom he believed to be shoplifting…and wasn’t. Thankfully, the victim lived.

Other examples abound, but the point is that a deadly force incident where deadly force wasn’t being leveled against the person who used it can and will have consequences to it. They may be minor. They may be life-changing.

On Nov. 4, 2022, a shoplifter and a security guard exchanged gunfire at a Giant grocery store in Oxon Hill, Md., resulting in both of their deaths.

On Oct. 28, 2022, Phoenix CBS affiliate AZFamily reported that 23-year-old Kiana Viola was arrested for shooting a Circle K clerk (a gas station chain for those unfamiliar) who caught her shoplifting. The clerk survived, and Viola was taken into custody shortly thereafter.

Risky for people who work in retail – which is partially why Walmart and other stores tell employees not to intervene – and risky for you.

What would you be taking those risks for?

Again, don’t go thinking that the purpose is to say that retail theft/shoplifting is no big deal or to say that any crime is excusable because it’s small. This is to give you an idea of what kind of damage it does.

According to the National Retail Federation (which represents roughly 25 percent of the nation’s retailers, according to the Los Angeles Times), retail theft costs retailers an average of $700,000 in loss per $1 billion in sales.

Granted, that’s an average; individual stores can experience much higher loss rates. The LA Times reports that CVS testified to Congress that they experienced roughly $200 million in retail theft losses in 2020, which is 0.21 percent of their $91 billion in revenue that year.

The average amount lost per incident of shoplifting in that year, according to Statista, was $461.86, though from an online survey of 55 retailers. Some other reports, such as this one from Jack L. Hayes International, peg the figure much higher at closer to $1200 for 2021.

In other words, the overall impact of retail theft is lower than you’d think in the grand scheme of things. There are individual stores that have experienced far worse losses – some leading to closures – and that is absolutely tragic, but there is a bigger picture to consider.

Theft by customers and employees, as well as fraud, are referred to as “shrinkage” by the retail industry. You’d think there’d be insurance against such a thing…and in fact, there is.

Business policies are offered by every insurer you can name, and theft and fraud protection is certainly a component you can add. Even Nationwide is on your side as a business owner.

So, retail theft is not exactly the biggest threat in the world, and business owners can have (and often do have) insurance that will reimburse them for theft.

That begs the question of exactly who or what is being “defended” by trying to intervene in retail theft. It’s not life or limb. It’s mere property…and potentially not very much.

Do you think it’s a good idea to risk prison time to prevent some corporate megalithic mart franchise from filling out a $500 to $1,000 insurance claim? Are your life and freedom worth that little to you? Is the principle of the thing really all that important?

Are YOU Willing To Kill Or Die Over Shoplifting?

Part of the “concealed carry journey” for a lot of people is a certain amount of reflection. One thing you want to think about is just what you are willing to risk it all for.

Some people never think about it, and some people make it clear that they hold their life and freedom cheap “on principle.” Others come to the conclusion that they are only willing to kill, willing to die, or willing to risk losing their freedom to save lives.

Again, it’s not that retail theft is a small matter, should be overlooked or tolerated by society, or that those who commit it should be given a pass. It isn’t, it shouldn’t, and they should not.

This is instead to present the idea that the armed citizen needs to seriously consider what they are willing to get involved in and that retail theft is probably not worth the potential risk to your freedom or your life.

Are there any data that suggest repeated success in lower crimes eventually leads to instigating or participating in more severe crimes like mugging, carjacking, armed robbery, and so on?
Has this changed in cities where limits like thefts valued lower than $900 aren’t prosecuted? (or is it too early to tell since these kinds of policies were enacted?)