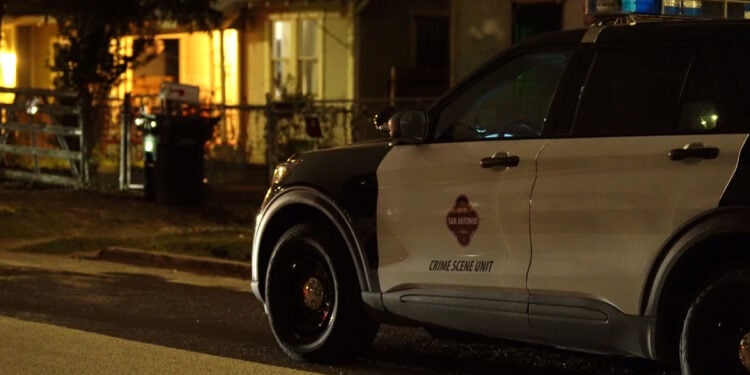 San Antonio Police responded to a shooting that occurred on Thursday, November 17, 2022, at approximately 11:45 PM.

A husband and wife were engaged in a dispute when the woman’s son claimed to have witnessed his stepfather assault his mother. The son retrieved a gun and shot the stepfather multiple times while insisting that the man cease hitting his wife, the boy’s mother.

After shooting the stepfather, the son fled.

The wounded stepfather was taken to the hospital in critical condition. He may be charged with assault.

When the son started shooting, one of the projectiles entered the home of a neighbor. For this reason, the son may be charged with deadly conduct.

There are several issues that might be brought up had an adult been the defender, not an inexperienced youth, in fear for his mother’s life. First, was this a life-threatening situation? In circumstances such as these, it is highly likely that this was not the first time the young man had seen his mother abused. Had these events been gradually escalating? Perhaps this was the worst one yet.  Could 911 have been called before the situation escalated? One might imagine that the local police may be familiar with the domestic situation at this home.

Was there a less-lethal option? We don’t know the size and strength of the attacker, so it is hard to say. However, it is probably safe to assume that if a man beats his wife, he likely has even less respect for the stepson, and, should his wrath be turned towards the boy, the stepdad may be merciless towards him.

Leaving the scene would be generally frowned upon but could easily be understood given the son’s age and fear that he must have been feeling not only from seeing his mother being beaten but also from having to shoot her husband. It is not uncommon in domestic disputes for the victim to suddenly take the side of the abuser.  This makes domestic disputes among the most dangerous and unpredictable incidents that LEOs respond to.

Firearms training for youth (considering maturity, responsibility, mental status, and other qualities) is also not a bad thing.