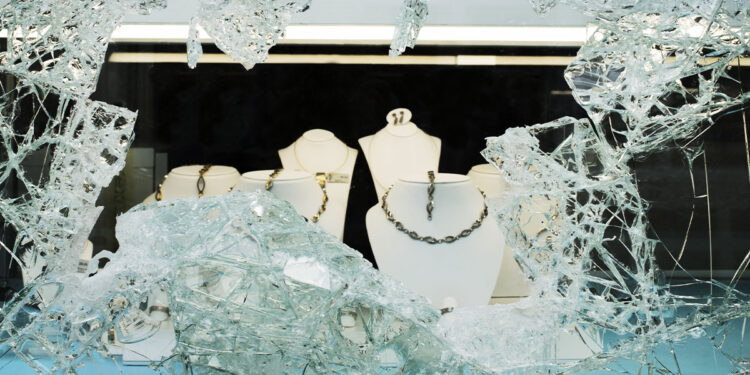 Don’t bring bear spray to a gunfight? Well, five suspects were hoping to make one more score in 2021 by hitting an Upland, CA jewelry store, but the owner thwarted the robbery by pulling his legally owned firearm.

Police believe that four individuals were arrested for this robbery and linked to another jewelry store robbery earlier in the month and other recent violent robberies. Their MO? Barge into the jewelry store, spray everyone with bear spray, and then proceed to smash-and-grab.

But one Upland, CA jewelry store owner wasn’t having it. As they deployed bear spray, he pulled his handgun on the suspects. He didn’t need to fire as they fleed the scene once they saw they were up against a gun. Police investigated the crime and later arrested four out of the five suspects. At least most of them are off the street. For now, at least.

Being completely outnumbers five to one, I’m glad none of the suspects had guns themselves. If they had, this could have had a completely different outcome.