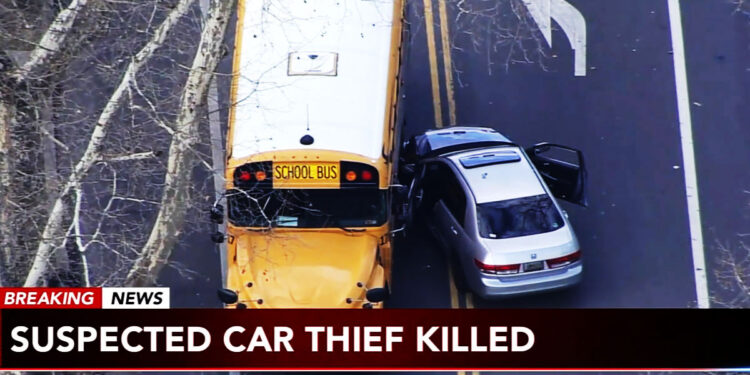 Yesterday, we reported on the incident where a Philadelphia man shot at a carjacker and killed him. Some new details have emerged since. It wound up being three suspects, not just one. Now friends and family are demanding that the shooter be charged.

“He did not have to come out and shoot him. It was a car! All he had to do is call the police. … You don’t shoot someone out in the street over a car” said one longtime friend via NEW YORK POST.

His widow said, “How could it be a carjacking when no one was in the car? They shot him. They killed him.”

Now we all see stories where the deceased suspect’s family responds, saying, “He was a nice boy and would never do something like that.” Or something along those lines. And the suspect in this incident would indeed still be alive today if he didn’t attempt to steal this vehicle which is obviously against the law.

But this could turn out to be bad for the vehicle owner who shot the suspect. As far as I am aware, and I am not a lawyer, you cannot use a firearm to protect property in Pennsylvania. So if the shooter is charged, he will have to prove that his or someone else’s life was in danger.

Again, we don’t know all the details, and I am not a lawyer. But this is the EXACT reason why we stress the fact that you shouldn’t use your firearm to protect property. We always get comments about letting them get away or being cowardly. Well, I’d much rather be called a coward than be facing charges for killing a criminal that was stealing my car. And that’s just my 2 cents.

I am not going to opine on whether this is a justifiable homicide or not. I don’t know if the car thief drew a gun or not, but to me “carjacking” involves stealing a car with the threat of or use or force. Car theft is the appropriate term for trying to steal a car by stealth.

Was thinking that myself – is it a “carjacking” if there wasn’t anyone in the car?

I work hard for what I have. Things weren’t handed to me. I’m really tired of people thinking it’s ok to rob and steal from people just because they want it. When I want something, I work my ass off to get it – legally!!! Stop putting yourself in these situations and maybe you won’t get shot!

“` IT WAS A CAR! ALL HE HAD TO DO IS CALL THE POLICE. … YOU DON’T SHOOT SOMEONE OUT IN THE STREET OVER A CAR’ SAID ONE LONGTIME FRIEND VIA NEW YORK POST”

And if instead he would have tried to phone the police the carjackers would have murdered him for not handing over the keys while he was phoning.

Except there are conflicting reports as to if it was actually what would be a “carjacking” (forcing someone out of a vehicle or holding strong-arming them while they are attempting to get into the vehicle ) or if the car was parked – being stolen when the owner noticed and then confronted (and subsequently shot) the thief. Not excusing the actions of the dead criminal just point out what they seem to be calling a “carjacking” might not actually have been that.
(though quite honestly, I haven’t really paid that much attention to this story since the initial report)

I’m days of “old”, if someone stole a horse or horses, they were caught and HUNG !! Now in the modern times is the difference ?? This low life, scum, criminal tried and was not successful in stealing/carjacking the victims car and was satisfactory shot/killed. One less criminal on the streets. Did society a favor !! No feeding/health care, jail time cost to the public. Maybe some day BLACKS will learn to live in society. Pat the victim on the back . Job well done.

I believe car thieves should be shot, but then again, that’s why I live in Texas.

Maybe they should have called a social worker to negotiate the steal.

3
Reply
No Result
View All Result