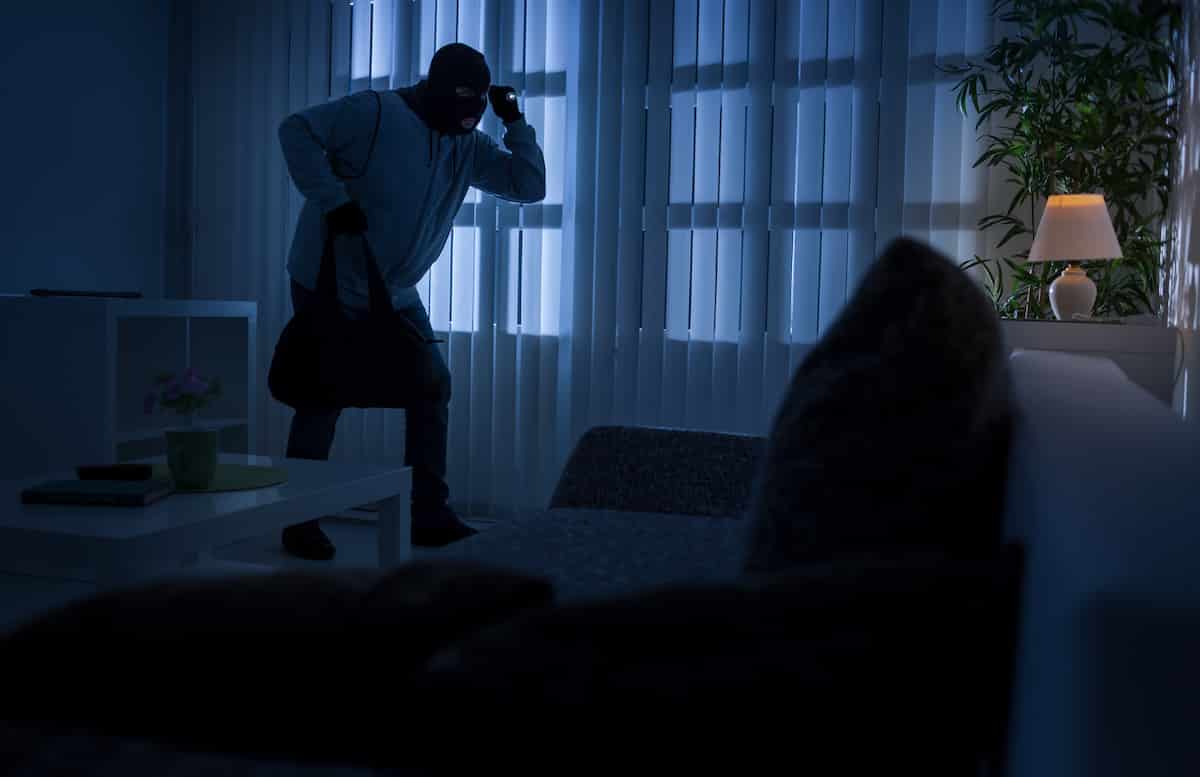 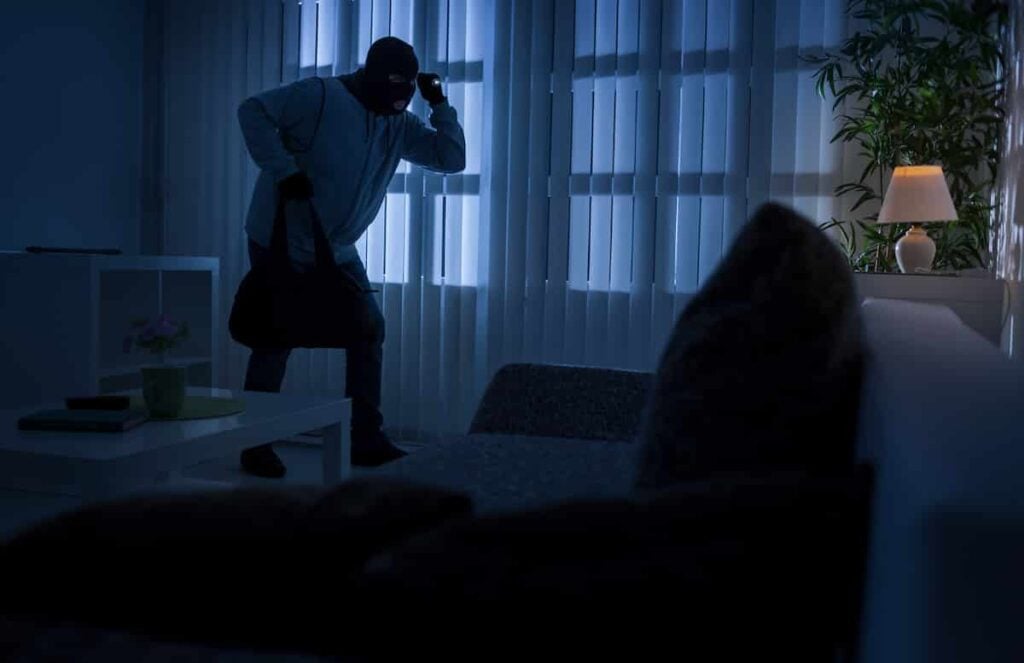 If your home is robbed, there’s a good chance the burglars will be back. In 2015, there were more than 1.5 million burglaries in the United States, according to the FBI. But the number of homes burglarized annually is significantly lower than the number of burglaries per year, indicating that many homes are robbed more than once. This means if your home has been burglarized once, you should take extra security measures to prevent becoming a victim a second time. Here are some things you need to know about why burglars break in twice, along with some tips on how to keep yourself from becoming a repeat victim.

Why Burglars Return to the Scene of the Crime

Burglars return to the same house multiple times, according to criminologist Larry Siegel. Once a burglar succeeds at robbing your home, they know what kind of security measures you have in place, making them feel more confident that they can rob you again. They know how to get in and out of your house. They know the layout of your house and where you hide your valuables. They may have been unable to carry some of your valuables out during their first burglary, and had already planned on returning to get goods they had to leave behind. They assume that you’re likely to replace items they stole the first time, such as televisions, making it possible for them to steal the replacements as well. Finally, it takes less effort to break into a home they’ve already figured out how to break into. Together all these reasons add up to a compelling motivation for thieves to return to your house a second time.

Thieves prefer to rob you when you’re not home, so looking like you’re home can help deter would-be burglars. Keeping a car in your driveway and keeping a radio or TV on to make noise are the best ways to make it appear that you’re home, according to interviews with convicted burglars. While many advise keeping a light on, having your lights on all the time with your blinds drawn can actually raise thieves’ suspicion that you’re only leaving a light on because you’re not home. If you do use a light as a deterrent, have it set on a timer to go on and off at random intervals to make it look more like you’re home.

Thieves don’t like security cameras, so having a visible security camera system installed where burglars see they’re being photographed can be a deterrent. Another good deterrent is a loud, barking dog. However, a small dog doesn’t bother most thieves.

Most thieves enter through an open door or window. Keeping your doors and windows locked or securing them with bars will make it harder for thieves to break in. Setting up an alarm to go off when someone attempts unauthorized entry will scare most burglars away.

What to Do If Thieves Get In

When thieves break in, they usually go the master bedroom first and begin searching, knowing that most people hide their valuables there. Keeping your valuables in a safe is a better way to protect them than hiding them in obvious places such as drawers, closets, mattresses and floorboards.

Nearly three out of 10 burglaries occur when someone is home, Bureau of Justice Statistics data shows. This can often lead to violent crimes, including battery, rape, and murder. Have 911 on speed dial so you can summon help fast. Having a concealed carry license and storing weapons around your home can protect you if you need to defend yourself. If you keep your weapon in a safe, opt for one that’s quick access so it’s easy to grab it in an emergency like this. Know how to use everyday items around your home as improvised weapons. You’d be surprised how many potential clubs and throwing weapons are within reach if you look.

If the thief gets away, your camera system can help serve to identify them. Catching them is the best way to make sure they don’t return a second time.

A year ago I was jobless, with only 7 bucks in my pocket, and nowhere to go. I had luck to learn about this website from my good buddy, and he recommended me to try, since he was making five-figures/month. After 4 months on this job, my latest pay was $5789 and keeps growing. Here’s what I do http://GEE.SU/ELsev

I profited 104 thousand bucks last year by doing an on-line job and I was able to do it by working part time for 3+ hours /daily. I used work opportunity I came across online and I am so thrilled that i made so much money on the side. It’s so newbie friendly and I’m just so blessed that I found out about it. Here’s what I did… TWITTER.COM/StinnettMargar1/status/836012639364886528

I profited 104000 bucks previous year by freelancing from my house a­­n­­d I was able to do it by work­ing part time f­­o­­r 3+ hours each day. I used an earning opportunity I came across online and I am thrilled that i earned so much money on the side. It’s so user friendly a­­n­­d I’m just so blessed that I found out about it. This is what i did… TWITTER.COM/StinnettMargar1/status/836191059310866432

I got paid 104 thousand dollars in last 12 months by doing an on-line job at home a­n­d I did that by working part-time f­­o­­r 3+ h on daily basis. I followed an earning opportunity I was introduced by this website i found on-line and I am so excited that I was able to earn so much money on the side. It’s beginner friendly a­­n­­d I’m just so happy that I found out about this. Here is what i did… EASYURL.NET/f2265

I got paid $104,000 in last 12 months by working from my house a­­n­­d I did it by wo­rking in my own time for 3+ h daily. I followed an earning opportunity I was introduced by this web-site i found on-line and I am so amazed that i earned so much money. It’s newbie friendly and I’m so blessed that i discovered this. Here’s what I did… http://jump­.­wtf/CCcHHu1

I have a safe, alarm, two 170lb. Great Danes, and sleep with a gun within arms’ reach. I have barberry bushes with nasty thorns beneath my windows, motion sensor lights outside and heavy doors in steel frames. Come get some. 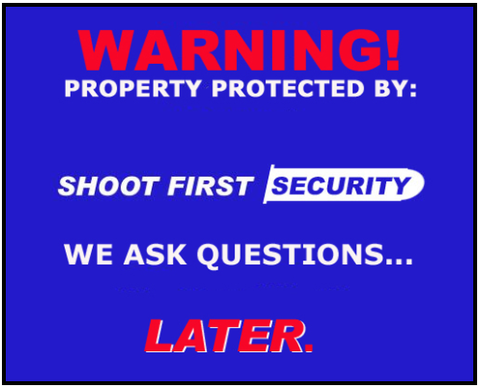