by Luke McCoy
in Articles
1 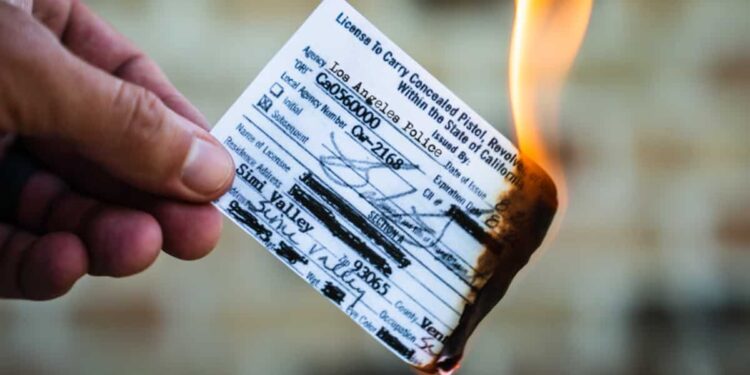 It is well known that it can be difficult or downright impossible to get a concealed carry permit in some counties of California. Being one of the few “May Issue’ states, it is up to the local Sherriff or police chief to decide if they will accept your “good cause” statement and issue you California License to Carry.

Someone has put together a good amount of data to create a map that shows each county and the difficulty level of obtaining a license. But here is the general breakdown:

So if you are planning on moving to California, you may want to choose your county wisely if you want to get a California concealed carry permit.

The City of Los Angeles settled the lawsuit in 1995 and issued the 30 plaintiffs a California License to Carry.

Now, twenty-four years later, Los Angeles Police Chief Michel Moore wants to terminate these valid licenses. His reason was that “it was unlikely the individuals still faced extraordinary physical danger to their lives.”

He also goes on to state that the crime rate is down and there are more police officers on the streets, so the level of danger to an average person has been reduced.

“Technology has improved tremendously in the last 24 years which has enabled individuals to instantly communicate with law enforcement via cellphones from anywhere and at any time should they feel threatened,” Moore said.

With a quick Google search, I found Los Angeles to have an average police response time of 5.7 minutes. A lot can happen in 5.7 minutes. I was on the set of First Person Defender last week, and while these are just scenarios, you can see how quickly things can turn bad. Or head over to Active Self Protection where they do after-action reports on real-life self-defense situations.

I’d rather be armed and prepared to defend myself versus waiting for the police to show up 5.7 minutes too late.

Another reason I left CA 15 years ago.