The fatal shooting of Trayvon Martin has brought Florida’s “stand your ground” law into the spotlight.  Similar laws exist in the Tri-state area, but with small variations across state lines. Ohio uses the “castle doctrine,” while Kentucky and Indiana use “stand your ground.”

“You can protect yourself, and the police have to prove otherwise,” said former prosecuting attorney Jason Phillabaum.

He said deadly force may be used in self-defense during life-threatening situations in Ohio.
Continue reading at WLWT  Another good reason to make sure you’re familiar with the law in any state you carry in.  You don’t take your state statutes with you. 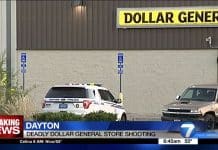 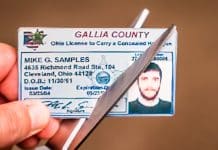 100+ Concealed Carry Licenses in Ohio Could Be Suspended 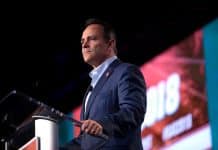 No duty to retread?  Who does your proofreading?

The shooting in FL., Zimmerman V T. Martin was not about STAND YOUR GROUND, it was about sel defense.

I believe a fundamental rethink is in order on how citizens are forced by the law to deal with the criminal element. A law abiding citizen has demonstrated their willingness to play by the legal rules, why should that person enjoy less protection under those laws than those who choose to spur them? None of the horror story scenarios by the anti gun crowd have ever materialized, while the data illustrating the effect an armed populace has on criminal activity is impeccable. No citizen should ever have to relinquish anything to the criminal.. not life, not property, not dignity.

I guess I am one of the “lucky” ones, here in Montana we have both “Castle Doctrine” and “No Duty to Retreat” self defense laws.

ABOUT US
USA Carry has provided essential concealed carry resources since 2007, such as our Concealed Carry Maps, Concealed Carry Info by State, Firearm Forums as well as Concealed Carry and Firearm-Related articles, reviews, news and more.
FOLLOW US
© © 2019 i156 LLC. All Rights Reserved.
wpDiscuz
5
0
Would love your thoughts, please comment.x
()
x
| Reply
You are going to send email to
Move Comment