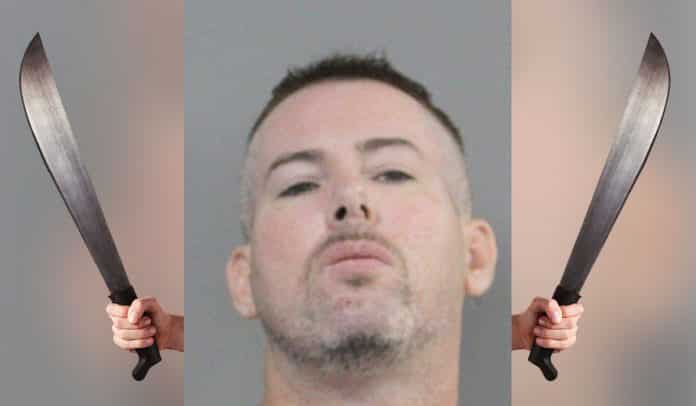 We’ve all heard the saying, “Don’t bring a knife to a gunfight.” Well, I assume the same goes for machetes. This incident hits close to home and is one of the reasons I stay out of the city, if at all possible.

This incident occurred at a convenience store in Metairie, LA, which is a city right next to New Orleans. Around 5:30 AM last Friday, a man with a machete approached the store clerk outside of the store. He threatened to kill the clerk and then walked inside the store.

The clerk also entered the store where then man threatened to kill him again and started taking beers.

That’s when a man with a concealed carry gun intervened, reported NOLA.COM.

That’s when an unidentified male customer who was also inside the store at the time pulled out his concealed gun and pointed it at Merritt, Rivarde said.

While the machete-wielding man was distracted with a gun pointed at his face, the clerk was able to get the machete. It is unclear if the man set it down or if the clerk took it out of his hands.

Then, in a strange turn of events, the man talked the clerk into giving his machete back in exchange for him leaving the store, which he did. But he also dropped his wallet while fleeing. While it seemed to have worked out well in this incident, I don’t think that was the best decision. You’ve already disarmed the suspect. Why give him his weapon back?

Another strange twist to the story is that after police got to the convenience store, the suspect showed up, resisted arrest, and wound up being tasered and then taken into custody.

Not much else to say about this story other than the fact that you never know when this will take a turn for the worse. Stay armed and prepared out there.