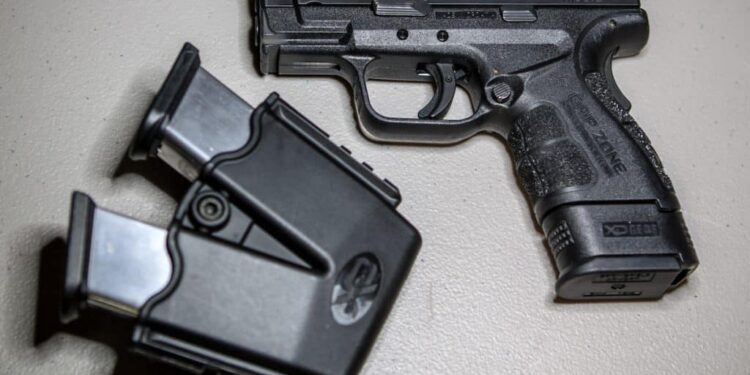 Your handgun’s magazines are a critical aspect of your defensive plan. But quite often, people overlook them. If the magazine fails the firearm becomes inoperable, obviously, so maintaining magazines that are in good working order is essential. Also, you need to keep magazines accessible so that you have the ready supply of ammunition that may be required should you need your gun in a defensive capacity. Here I offer some considerations for managing your defensive magazines.

There is an endless debate regarding how long magazine springs can maintain reliability if the magazine is left loaded. A quick search on the USA Carry forums brings up numerous threads with multiple pages:

Many argue that you need to rotate magazines at least every few months so that springs don’t fatigue and take a set. Others say that leaving magazines with modern quality springs loaded causes no issues. Some say that repeated cycling that wears them out as well. Here is my advice based on years of success with magazines:

Having two complete sets of carry mags allows you to rotate periodically. Perhaps it is true that modern springs can stay compressed indefinitely, but I like to air on the side of caution. With modern double-stack magazines, I have yet to have a magazine spring fatigue in a carry magazine that I don’t use for practice but only kept loaded six months to a year on and off. I keep at least four dedicated carry magazines per defensive handgun so that I can have the primary and extra carry mag loaded at all times for the gun. I keep a primary and spare magazine loaded at all times for my dedicated house handgun as well. For defensive rifles, I mainly have the same protocol.

I prefer to have a series of loaded magazines beyond just those dedicated to each gun. One of the benefits of utilizing a common family of handguns, such as relying on the compact and full-size version of a particular make, is that the spare magazines can often be the same since the compact model will commonly accept the full-size mag. I believe it is good practice to keep extra mags for your primary defensive pistols in any packed emergency bags. For example, if you keep a bug out bag or a go bag, or whatever emergency pack that you maintain, having extra magazines for your defensive handgun already in the bag makes sense. In the event of an emergency where you need to evacuate your home or other location quickly, you will have spare ammunition with you.

Consider having loaded magazines available for the gun you are carrying in locations that will be accessible to you. For example, if you keep a get-home-bag in your car for the event of an emergency while you are on the road, having a couple of extra loaded magazines for your carry gun may make good sense. Keep legalities in mind with this. Some districts prohibit having ammunition or magazines in the vehicle with you. However, if you only travel within your jurisdiction where your concealed carry is legal, by all means, have spare magazines in your emergency bag in the vehicle.

Defensive rifles that rely on magazines also need to be considered. I am a proponent of keeping a dedicated defensive long gun available in the home. You should have one if you don’t keep it as your go-to home defense option. In the event of an emergency, having a defensive long gun is important. You should also maintain it with the consideration of rapid evacuation in mind. Storing a defensive rifle with several loaded magazines in a manner in which you can quickly collect and stow it in a vehicle makes sense.

One option is to keep the rifle with a loaded magazine in place and a spare next to the rifle. This is similar to the common approach with a handgun. Beyond this, a good option is to keep further loaded rifle magazines already packed in a rifle case or other bag in which you will place the gun in the event of an evacuation. A defensive rifle does you no good if you don’t have loaded magazines readily available for it, so planning your magazine storage accordingly is warranted.

Any gun that relies on magazines is of no use if you don’t maintain loaded magazines in rapidly accessible locations. Plan out how many loaded magazines you wish to keep for each defensive firearm. Then double this number as you have the ability to do so. Rotate handgun and rifle magazines once a year, and you should have few problems. Be sure that you keep spare magazines where they are accessible. Not only in the house but in your pre-packed emergency bags. That way if you need to move in a hurry, you will have the spare ammo you might need.

Concealed Carry in Church and Houses of Worship