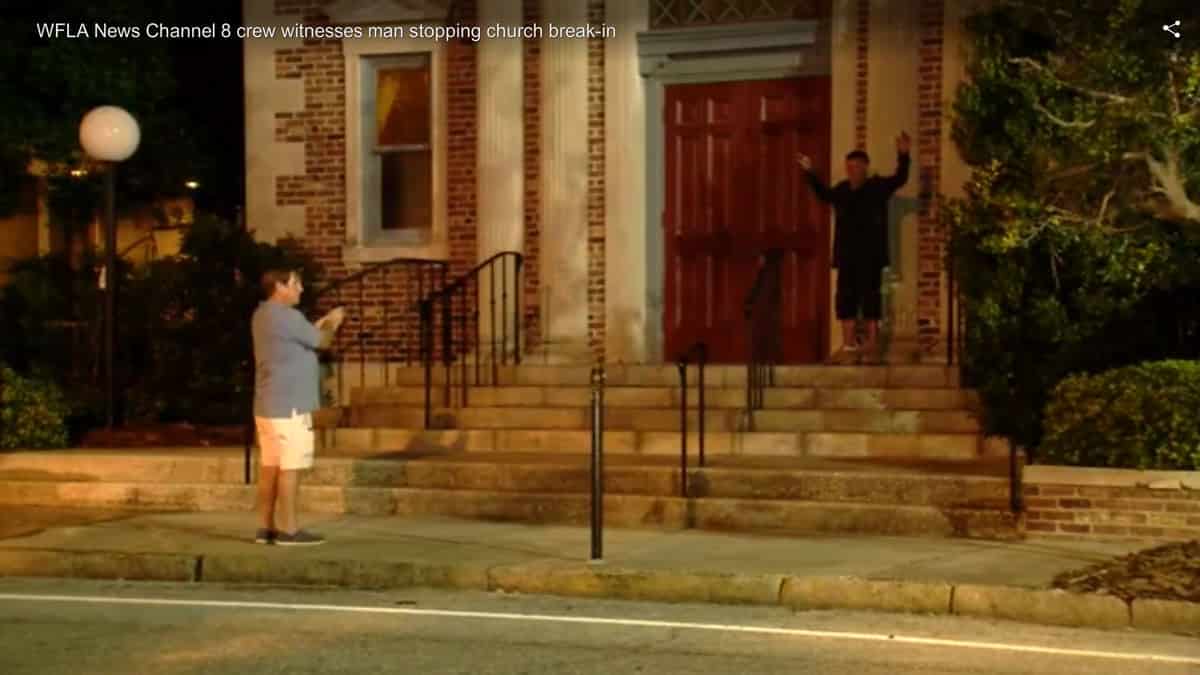 In Tampa, FL yesterday morning, a local news reporter and photographer were heading to another story when they saw a man with his hands up and another man holding him at gunpoint.

The maintenance worker, Ed Clayton, we going to the church to board up the doors as they had been broken into earlier. He decided to bring his concealed weapon just in case.

A witness had told him that the suspect ran away but the suspect came back. Once he saw the maintenance worker he ran off and hid.

Clayton said this is the first time he’s had to pull his concealed weapon on someone.

“As soon as I hit the sidewalk over there, I took my weapon out just in case. I didn’t know where he was,” he said.

Police quickly showed up on the scene and took the suspect into custody. They don’t think Clayton will be facing any charged since he has a right to protect himself and the property and he also had a concealed carry permit for his gun.

You can view the video below where the news reporter videoed Clayton holding the suspect at gun point. The police show up and handle the situation from there.