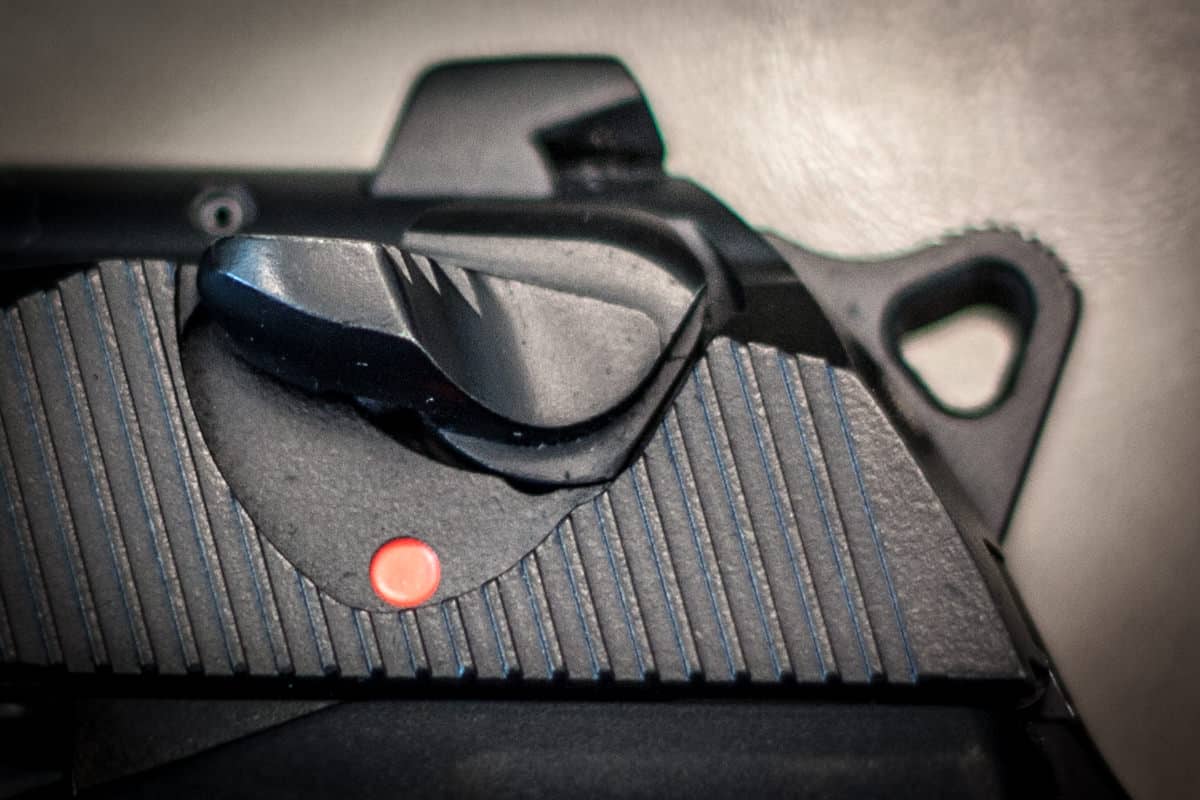 One pistol that almost all former military recognize is the Beretta 92, also known as the M-9. The Beretta 92 (M-9) is a single action/double action pistol that has four basic conditions (4, 3, 1, 0). At condition 1, considered a pistol that is ready to be used, the manual safety is the last thing to be switched off before engaging targets. While the civilian pistol market varies far greater than the few pistols employed for military and law enforcement use, the prevalence of manual safeties in pistols has remained. Whether it’s a Taurus G2 or a Smith and Wesson M&P Shield, concealed carriers are presented with a number of opportunities to employ the use of a manual safety that must be turned off prior to using the pistol.

As we normally promote a Condition 1/0 stance — a pistol ready at all times — a manual safety is often a sore subject for debate amongst gun owners. On one hand, a manual safety represents a last ditch effort to keep a pistol safe if it should be taken out of our control. On the other hand, it represents a potential pitfall for a person caught in a defensive gun use situation and reflexively employing it for his own survival.

So, we have to ask — is a manual safety worth it for an everyday concealed carry pistol?

I would make the argument that it isn’t effective. While the military and some branches of law enforcement undoubtedly employ pistols that use them, for the average concealed carrier it proves to be just one more thing that may end up being an inadvertant risk.

I say “risk” because unlike military and law enforcement, we don’t have backup. If we jam or choke in a life or death situation, we could invariably open ourselves to deadly force unnecessarily. We should already be proficient to the point where we understand the time and place where deadly force is an authorized choice for our safety and not until that point attempt to use that handgun.

The issue of negligent discharge has also come up.

In events where an otherwise concealed carrier has left a handgun behind in a bathroom or had a pistol drop out of its holster, the presence of a manual safety is a fool’s grace more than it is an actual boon.

Using a holster with high retention, maintaining situational awareness of both ourselves and our environment, and keeping our finger off the trigger until we’re ready to fire are all inherent traits of a successful life-long concealed carrier. The failure to assert control over any of these three basic prerequisites opens up the gun owner to the potential of very bad things happening — things which the gun owner must take extremely seriously because he will ultimately be held to account for them.

And for the vast majority, none of us are truly mentally equipped to deal with the realities of a protracted conflict. We’re here to save our own lives and that of our family and property should the need arise. If a concealed carrier pulls his pistol, he needs to be ready to use it. The idea of pulling the trigger and nothing happening, while an innocent enough problem at a gun range, can be the difference between finishing a fight before it starts and being plunged into a protracted fight for survival.

In conclusion, a manual safety on a concealed carry handgun is unnecessary so long as the gun owner is willing to assert and maintain control over his own firearm at all times.

The Truth About Gun Violence: New Data from the CDC