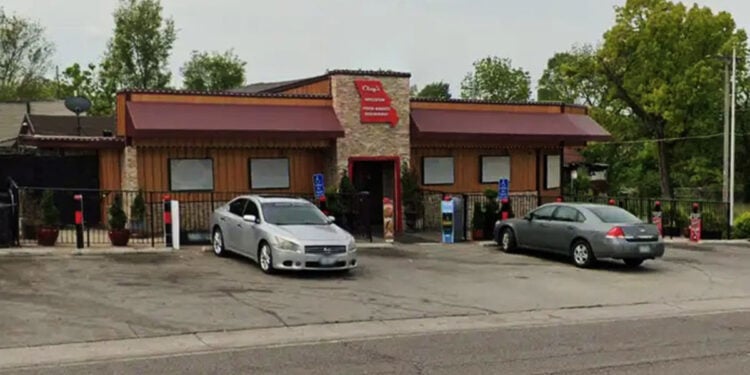 Open carry is legal in Missouri, and the victim in this incident had every right to be carrying his AR-15. But this is one of the reasons why I don’t open carry. In my opinion, it puts a target on your back.

A Missouri man was legally carrying an AR-15 while shopping at Wellston Food Market on May 27, 2022. But as he walked out of the grocery store, he was caught off guard. Another man held a pistol to the back of his head and demanded his AR-15. He also stole his jacket. The victim then went to his car, retrieved another firearm, and shot at the suspect.

A shootout between the two men ensued, and the suspect was hit multiple times. Two innocent bystanders were also struck by gunfire but had non-life-threatening injuries. The victim retrieved his AR-15 and left the scene. The police also reported that another man shot the suspect.

When the police arrived on the scene, they found the suspect with multiple gunshot wounds and transported him to the hospital. He was last reported to be in critical condition. He was also charged with armed criminal action, first-degree robbery, and two counts each of unlawful use of a weapon and unlawful possession of a firearm.

I do support open carry and think it should be legal. I just don’t open carry myself. I’d rather keep my firearm concealed, so I don’t draw the attention of someone planning to do bad things. And this is a perfect example of what can happen. Had he not been carrying a rifle over his shoulder, would the victim have been robbed? I’m not putting the blame on the victim. It’s just that there was a chance this all could have been avoided had he just been carrying concealed.

I agree. I’m a firm believer of conceal carry. The suspect wanted his long rifle and this lead to the attempt robbery of his weapon. Situational awareness at all times patriots!

Have had my concealed carry permit since I was 21 years old . I never open carried! Evan though indiana is either or with a permit. It make people nervous and with all the recent things happening today why put and extra amount of eyes watching you.

If the he guy is so afraid to go grocery shopping that he needs an AR25 on him, he should just stay home and have them delivered..

take 10 off that number

Another article I read about this incident stated that the AR was “in a sleeve,” and this article mentions that other people were around, so I’m guessing that he didn’t want to leave it unattended in his car while he was in the store and couldn’t keep an eyeball on it. That’s actually a sensible precaution to take.

Open carry is like being 60 and owning a shiny red Corvette. Also, what your potential opponent doesn’t know, WILL hurt him.

I believe it should be legal to open carry but I would never draw attention to myself. thats stupid. but to get robbed . u might be to dumb to have firearms

Kinda knocks down the ubiquitous “If they see the gun, they’ll leave me alone” argument that OCers are so fond of spouting, doesn’t it? In fact, a lot of criminals see an OCer as a free gun, and it’s not too uncommon for OCers to be robbed of their guns. I wish more OCers would pay attention to the facts and not their bromides.

In the 246 years of legal open carry in the US, how many times have OCers been targeted for their guns?

What happened in the Old West, or even in the 1950s, is irrelevant to the situation today. Just google “open carrier robbed of gun” and see what comes up. Best example of open carry not deterring attackers: Kyle Rittenhouse.
(Before I could post this, I had to prove to a machine that I wasn’t a robot. Irony abounds.)

Luke – you have an apostrophe in the title of your article that makes no sense.

Thanks. This has been fixed.

I was taught, the power of conceal is the bad guy does not know who is armed. Open carry makes it easier for the bad guys.

2 innocent people were hit with bullets – did you miss that part?