by Luke McCoy
in Articles
5 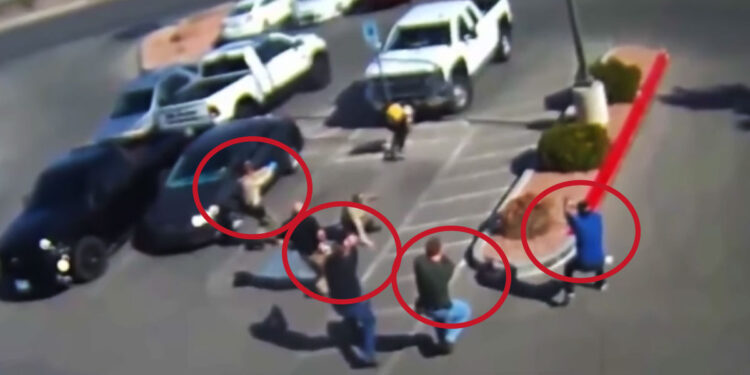 Yes, you read the title correctly. Someone had the brilliant idea to try and steal a gun from a student of a concealed carry class. But the only thing he got was a free trip to the more after being shot 14 times.

When I saw this come up on my feed earlier today, I thought this was a recent incident, but it seems to have taken place about a year ago.

While students were taking a break from their concealed carry class in Las Vegas, NV, a man entered the room who was not a student. He started rummaging through a bag, attempting to steal a gun. The student who owned the bag and gun prevented the man from stealing it.

The suspect was then escorted out of the classroom. One gun store employee talked to him while another called the police to report the attempted robbery. After calling the police, three employees escorted him out of the store.

The suspect was met by two police offers outside of the business. They instructed the suspect to stand in front of their police car, which he refused. He started to walk away while hiding something in his jacket pocket. As you can see from the video, a struggle ensued, and the suspect produced a screwdriver from his pocket and started attacking the police officers with it. One of the officers was stabbed with the screwdriver. When that injured officer fell to the ground, the other officer and the three gun store employees opened fire, striking the suspect 14 times. He died at the scene.

The injured officer was treated at a hospital and recovered from stab wounds and a broken facial bone.

Lower primate in action.What an idiot. POS.If there is ever a situation where someone got exactly what he deserved, this is it.

What a clown! Bold move Cotton. Speedy recovery for that officer and well done by the other 4 shooters.

He had a really bad biden moment!

That white truck behind the perp is gonna need a new radiator.