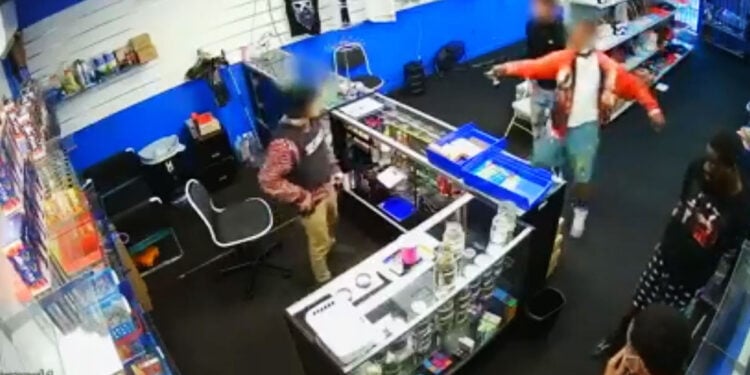 A shootout broke out shortly after 7 PM this past Tuesday between a Compton, CA smoke shop employee and four armed robbers. Amazingly, the employee was wounded but survived. I can’t say as much for one of the armed robbers.

There are two angles of this incent caught on surveillance footage. Two men can be seen walking into the smoke shop, with two more men walking in shortly after them. You can see how the group of robbers surrounded the employee who was behind the counter. Apparently, the ballistic vest and gun the employee was open carrying did nothing to scare these men off.

The same can’t be said for one of the armed robbers. The police later found him at a local hospital with a gunshot wound, where he would later die.

Where is the watch? I see 1 picture

The video is embedded at the end of the post.

Try it now. We were having an issue with videos loading at that time.